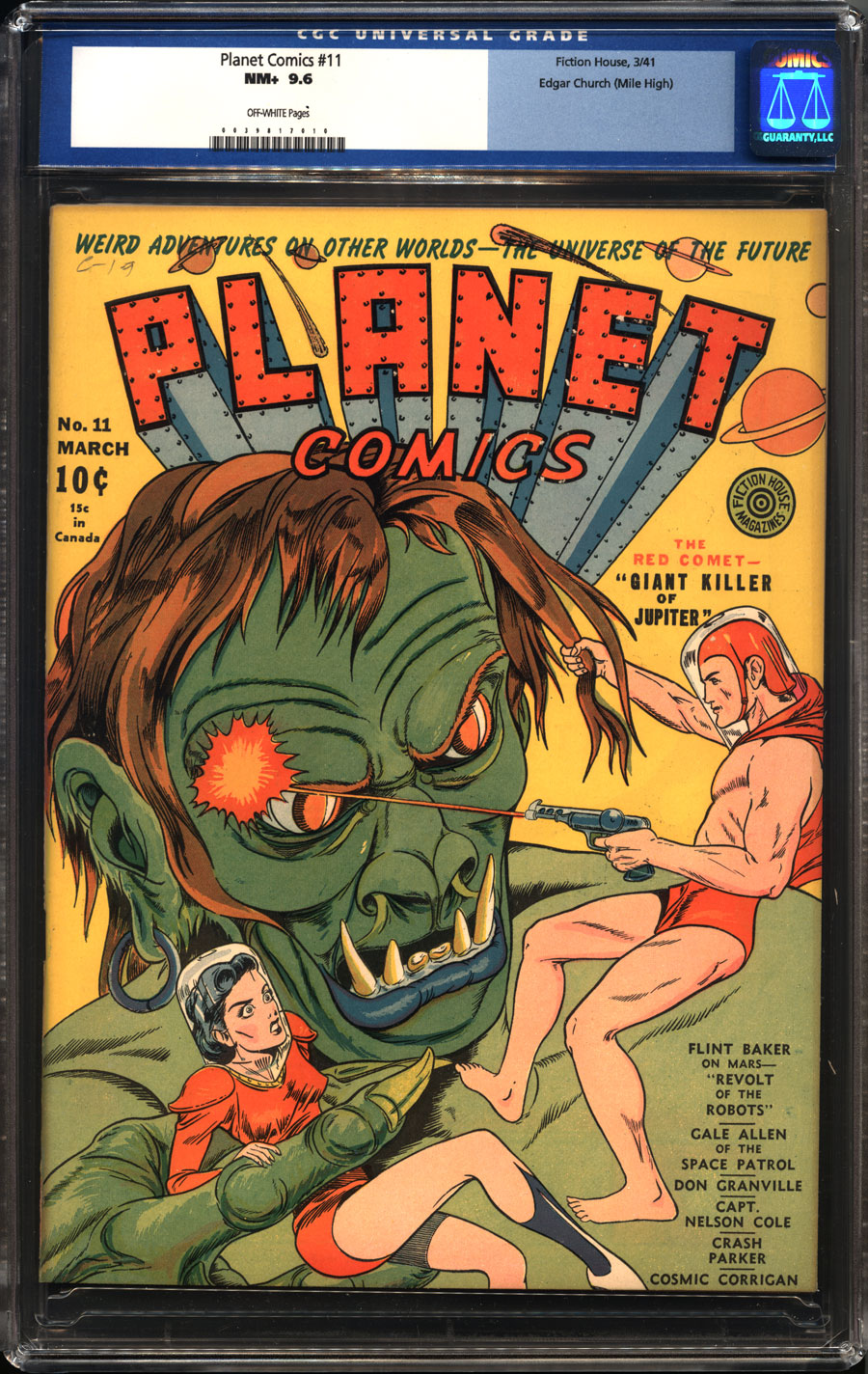 Watch
off white pgs; Highest graded 1 of 1!
classic cover
Edgar Church / Mile High Copy
Highest GradedOne of the most iconic covers of Planet Comics' run is issue #11, although there is some dispute as to the artist who rendered this memorable image, one thing is for sure, it is hard to forget the giant, green space creature that dominates the action, and the bright yellow background that was a popular motif on early Planet covers as well. The Red Comet feature inside the book is the inspiration for the fantastic cover, titled "The Giant Killer of Jupiter," along other anthology punch ups "The Tyrant of Jupiter's Moon" and "Revolt of the Robots" Planet #11 really delivers those GA goods in spades.Only the slightest amount of tanning on the edges of this book keeps it from attaining perfection, there is no other example of this comic in better condition known to man, and we'd bet you would like to be the owner of those bragging rights. It is well known in the collecting community that Edgar Church pedigree copies are the gold standard against which all other Golden Age comics are compared, and mostly fall disappointingly short, just owning one Mile High book puts you in a collecting class of the elite.

Golden Age artist known primarily for his work for Quality Comics, also contributed to Doll Man and Military Comics before moving into the technical art department at General Motors.