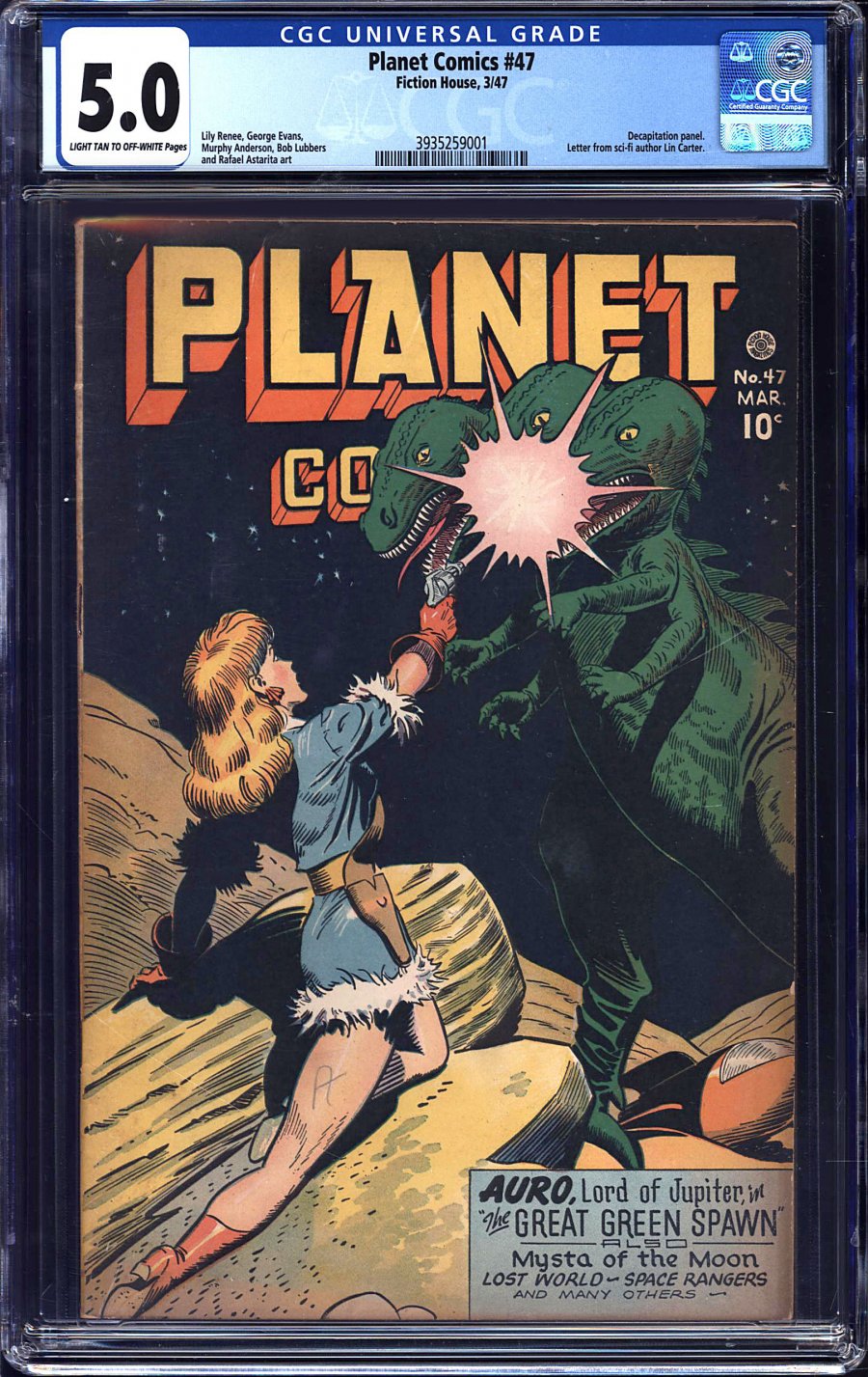 Watch
lt.tan/ow pgs
classic 3-headed dinosaur cover; classic beheading story (3/47)The Joe Doolin cover design on Planet Comics #47 is atypical of the run’s penchant for impressive, eye catching presentation. Planet is often heralded for being the first sci-fi genre comic, as well as for the exterior and interior art, which always remained a cut above the competition in the Golden Age anthology market, but another factor which might go overlooked is the massive amount of Good Girl Art included in these books, this issue alone has enough cheesecake and headlights for a nighttime dessert on the side of the road. Each and every story is stacked with scantily clad dames, some good, some bad, but all very sexy. It was likely one of the best kept secrets of adolescent boys of the period whose only access to saucy material was in the guise of an innocent comic book. Planet Comics earned its well-deserved perch atop the Golden Age mountain for its high standards of art, storytelling, and memorable covers that make the title one of the collectible faves of the era, which always draw a great deal of attention come auction time.
Artists Information

Lubbers was an accomplished Big Band trombonist who studied art by day and played music at night five days a week, He started working in comics at Centaur, and after the war he began focusing on strip art, where he was known for his work on Tarzan, The Saint and Secret Agent X-9, he ended up at Marvel in the 70s before retiring.