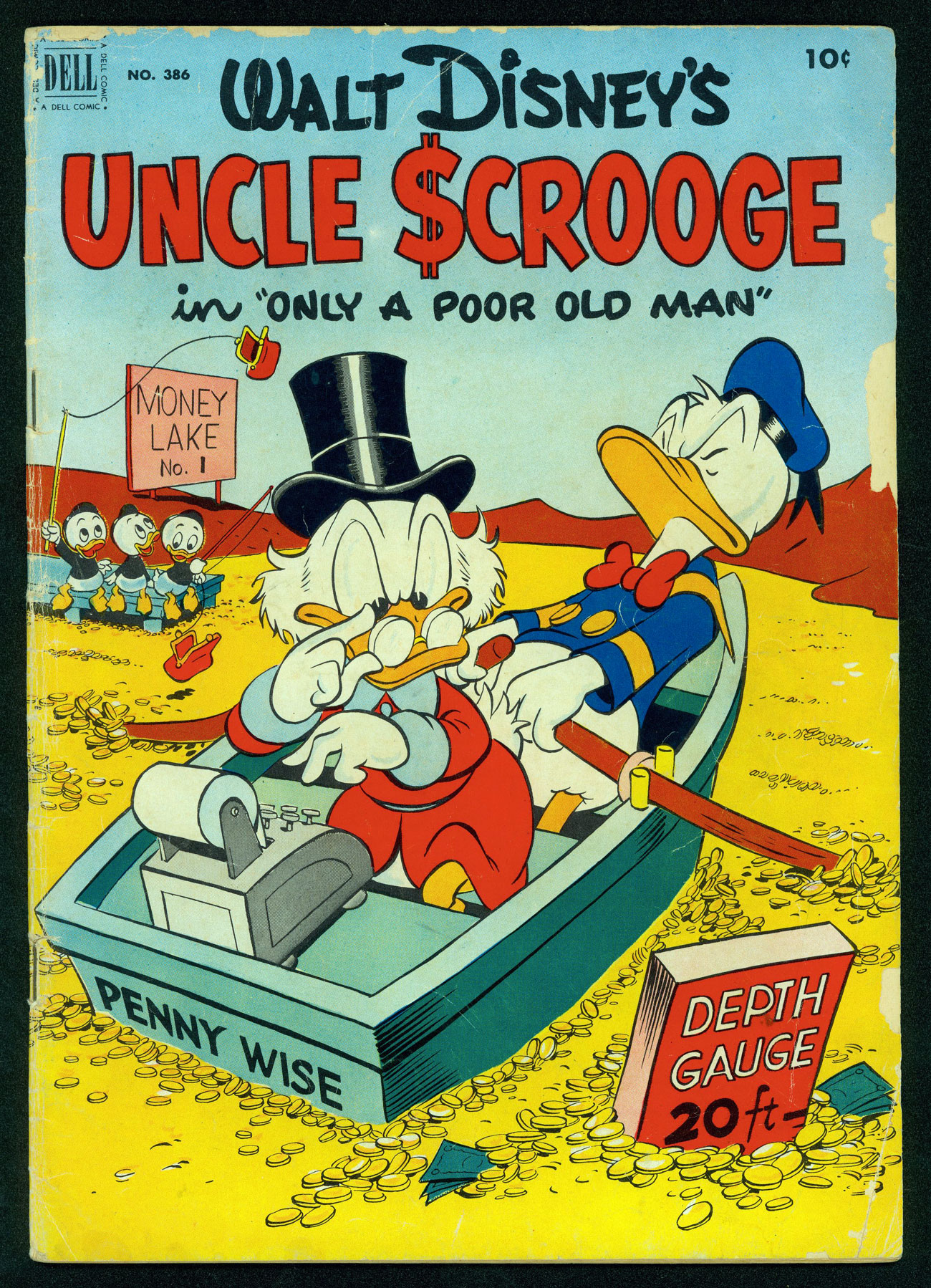 $89
Sold For
5
Bids
This auction has ended.
PUBLISHER: Dell
COMMENTS: Carl Barks story, cvr/art; Four Color #386; "Only A Poor Old Man"
Read Description ▼
Sell One Of These Inquire About This

Watch
Carl Barks story, cvr/art; Four Color #386; "Only A Poor Old Man"By 1952 the popularity of the character convinced Dell to give Scrooge a try-out as a lead character in the seminal "Only a Poor Old Man." The story begins with Scrooge McDuck swimming in his money bin, speaking his now-famous line, "I love to dive around in it like a porpoise and burrow through it like a gopher and toss it up and let it hit me on the head!" This first issue in the regular series is considered by most Scroogophiles as one of Barks' finest stories.
Artist Information