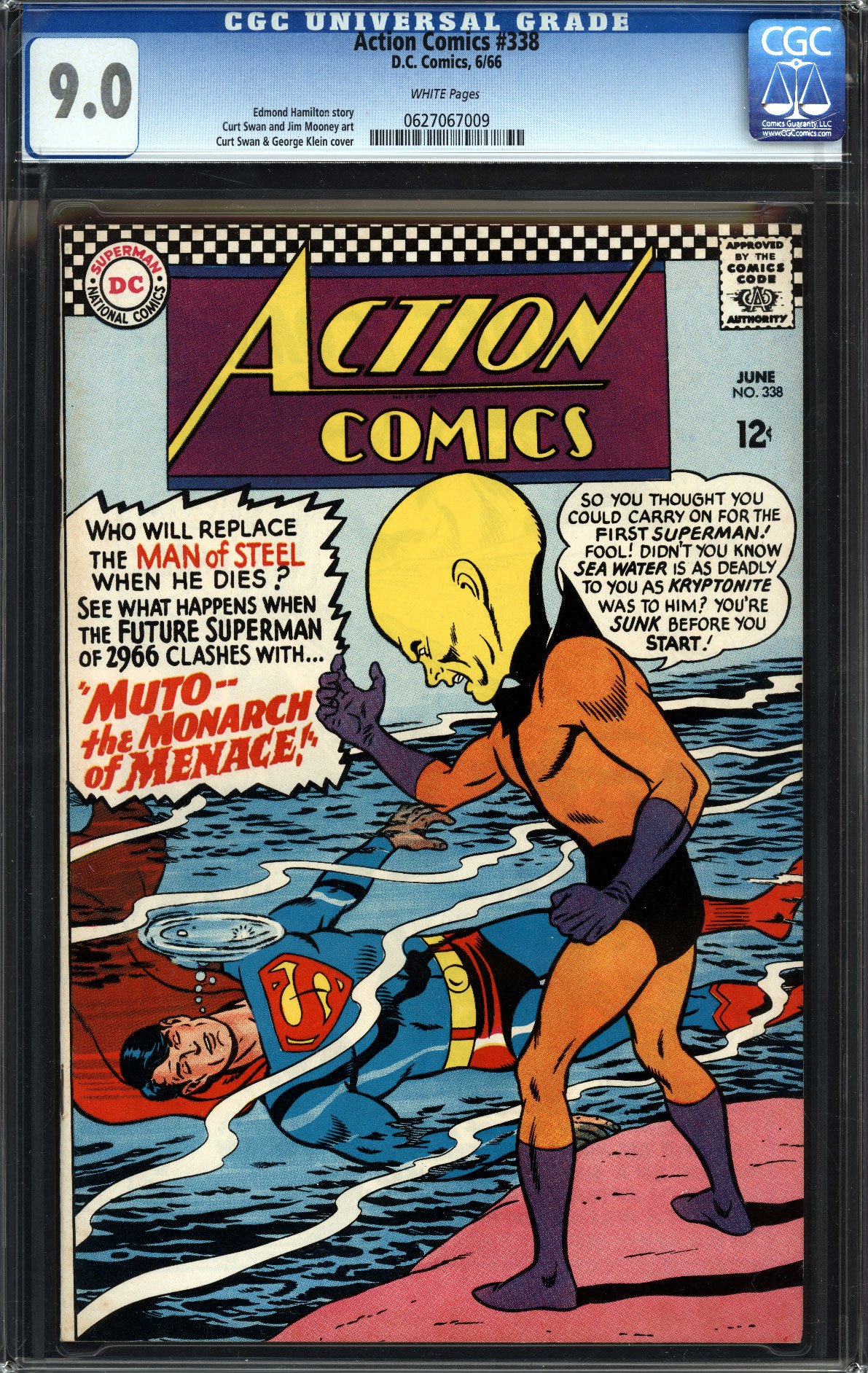 $80
Sold For
5
Bids
This auction has ended.
PUBLISHER: DC
COMMENTS: white pgs
Curt Swan cover/art; Muto!
Read Description ▼
Sell One Of These Inquire About This

Watch
white pgs
Curt Swan cover/art; Muto!Cover pencils by Curt Swan, inks by George Klein. Sgt. Rock ad. "Muto - Monarch of Menace!", script by Edmond Hamilton, pencils by Curt Swan, inks by George Klein; Superman tracks Muto to sector Z-44, where the villain springs a series of traps on the hero, finally luring him into saving a trio of android children in the path of a wave of paralyzing toxic seawater. Superman ad. "The Villain Who Married Supergirl!", script by Jerry Siegel, art by Jim Mooney; Interplanetary villain Raspor, who claims to have been responsible for the destruction of Krypton, believes that he is fated to marry Supergirl, but she comes up with an elaborate plan to defeat him which includes a fake marriage.
Artist Information