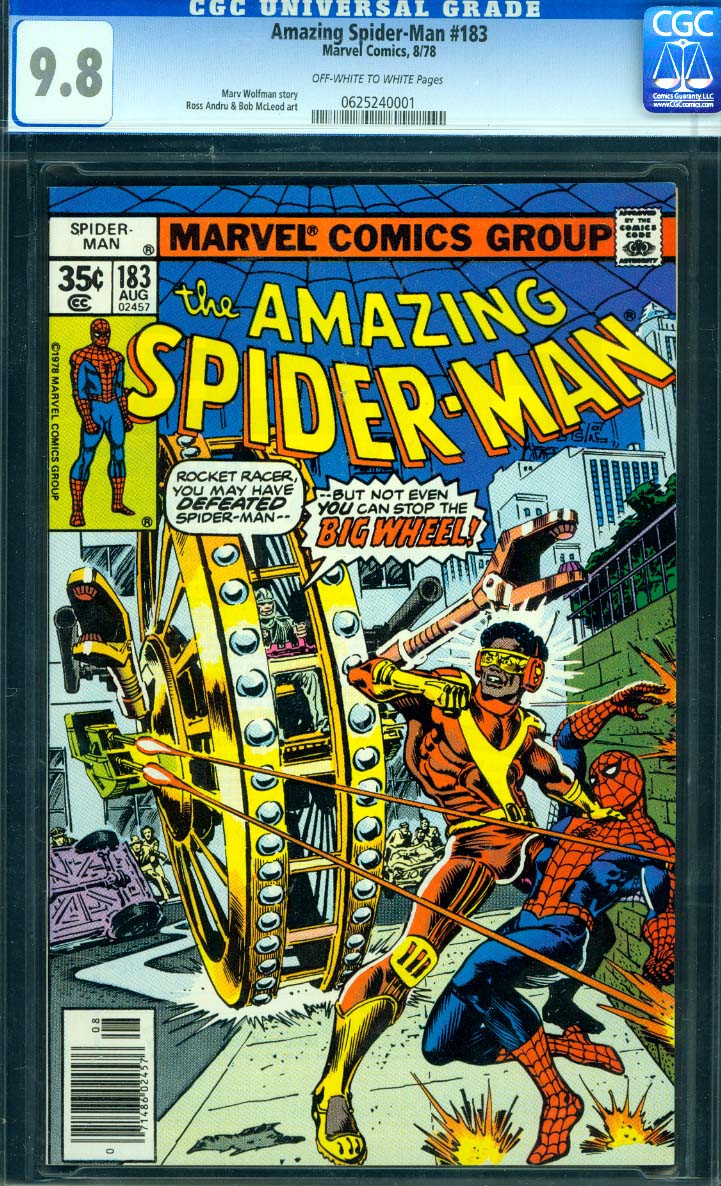 Watch
ow/white pgs
Big wheel keep on toinin' Proud Mary keep on boinin'; COMIC BOOK IMPACT rating of 5 (CBI)
Highest Graded"...And Where the Big Wheel Stops, Nobody Knows!" Part 2 of 2. Script by Marv Wolfman. Pencils by Ross Andru. Inks by Bob McLeod. Cover by Ross Andru and Ernie Chan. The Rocket Racer's extortion plan falls apart when the man he's blackmailing turns to the Terrible Tinkerer for help! And thanks to the old man's tinkering...the Big Wheel (aka Jackson Wheele) is born! The next day when the Big Wheel locates the Rocket Racer and the web-slinger (already fighting one another), the three-way battle begins! After the not-so-titanic tussle is over, Mary Jane finds Peter and gives him her answer. Perhaps someday she will change her mind. Cameo appearances by the Tinkerer, Toy, and Flash Thompson
Artists Information