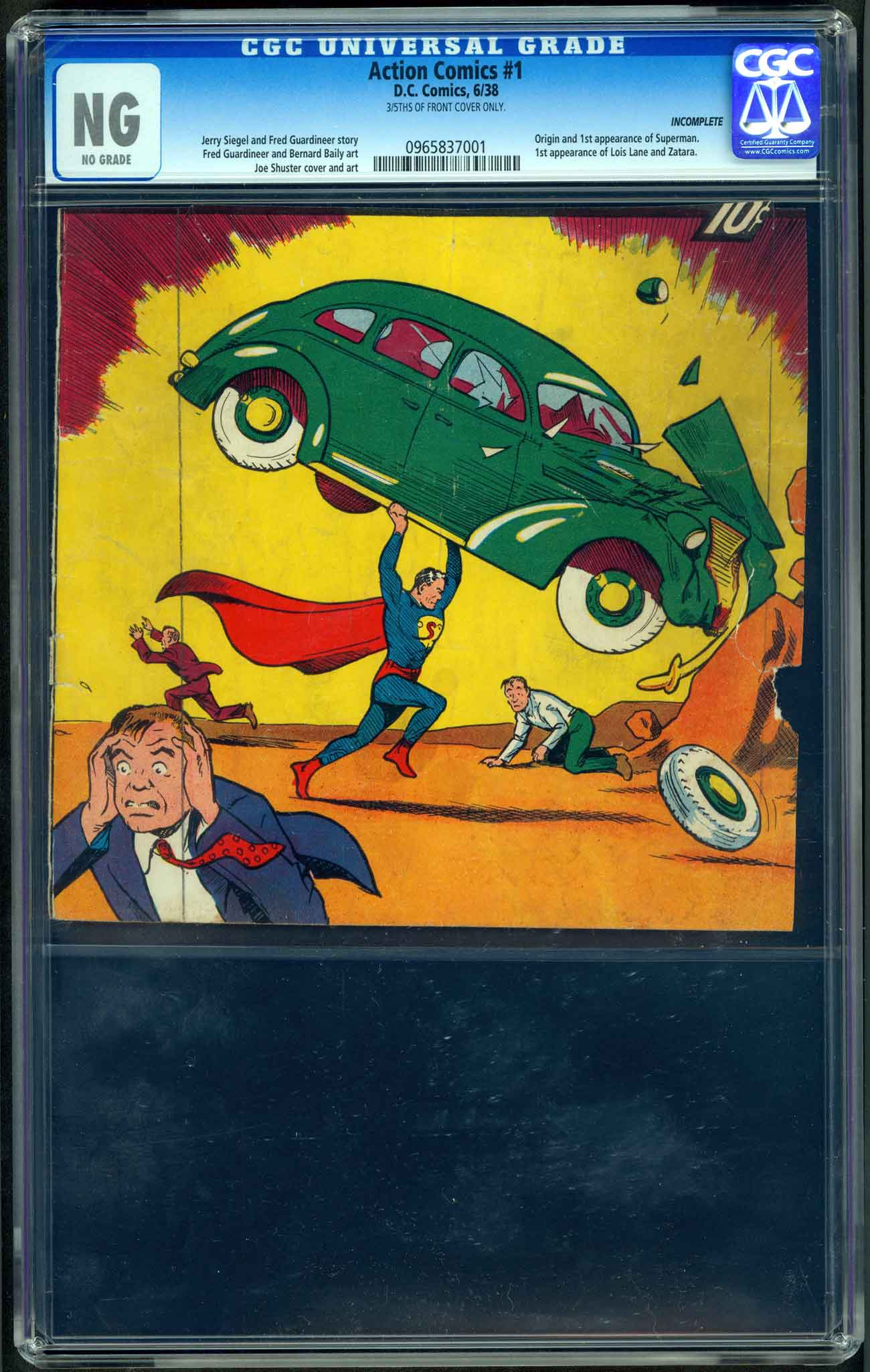 Watch
3/5th of front cover #0965837001
1st Superman by Siegel and ShusterThe most important comic book in history, Action #1 stands as the introduction of the archetype of all other heroes to come as Superman transcends comics and pop culture as an icon of truth, justice, and the American way!


While the logo is missing the piece features the most memorable part of Action #1, the image of Superman about to throw the car! This is the perfect item for the collector who might not spend six figures for a comic but wants a piece of comic history-quite literally.


The consignor said he was reading USA Today and came across the article about the 6.0 Action Comics #1. He recognized the image of Superman hurling the car and recalled seeing it in his father s old things.


Unfortunately, his dad had passed on some years ago, but he decided to rummage through his dad s keepsakes and came across this item. As it turned out his dad had been an avid comic collector in the 30s and 40s. During WW II, he left for Europe to fight in the Army and upon his return found his parents had thrown out his collection. He was very upset. It is believed that the father had somehow hung onto the cover and kept it with his postcard collection and that is exactly where his son found it.