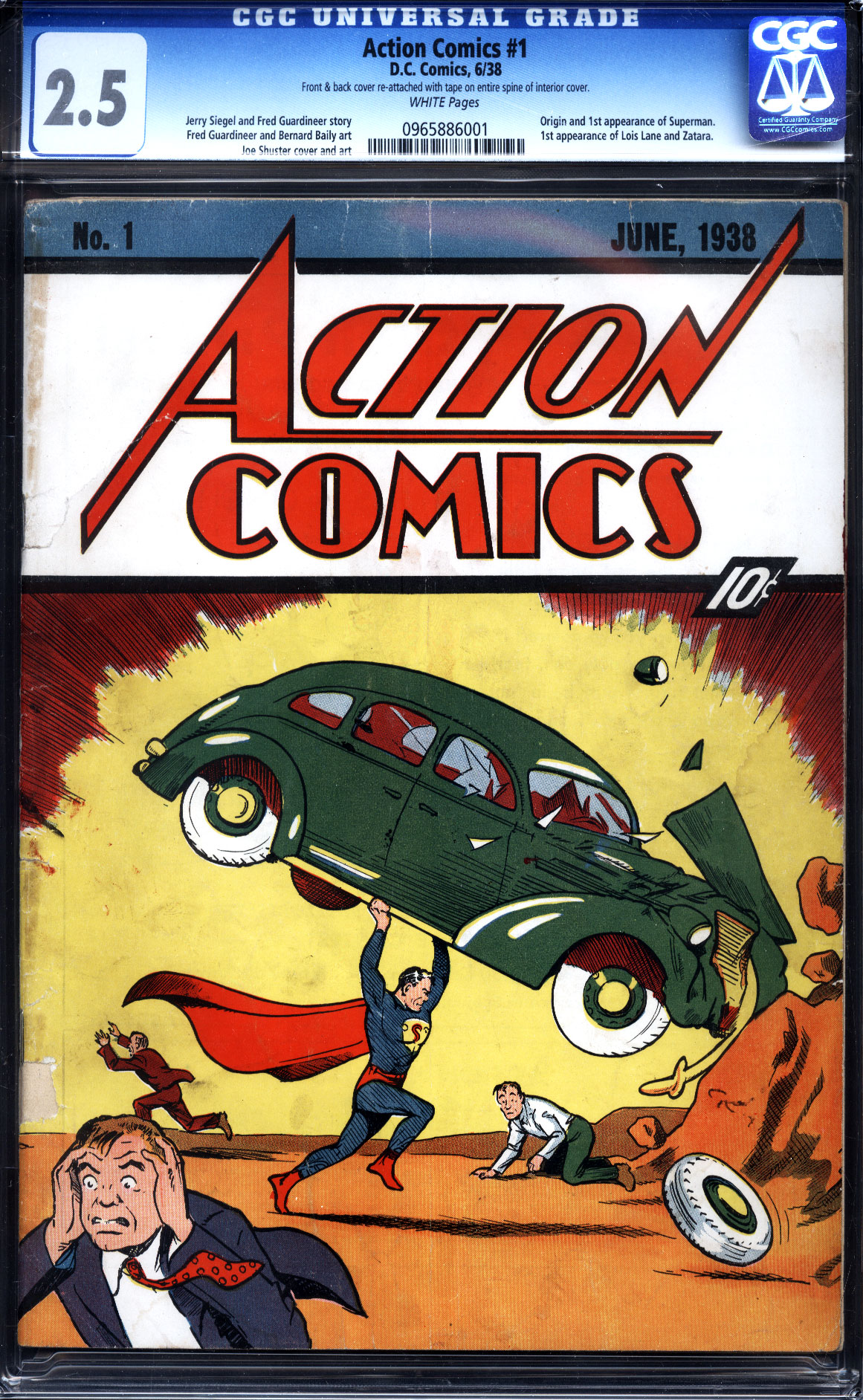 $111,000
Sold For
28
Bids
This auction has ended.
PUBLISHER: DC
COMMENTS: white pgs tape inside of spine (please read bidding requirements in listing description)
origin & 1st app. of Superman by Siegel and Shuster
Read Description ▼
Sell One Of These Inquire About This

Watch
white pgs tape inside of spine (please read bidding requirements in listing description)
origin & 1st app. of Superman by Siegel and ShusterThe most important comic book in history, Action #1 stands as the introduction of the archetype of all other heroes to come as Superman transcends comics and pop culture as an icon of truth, justice, and the American way!

In March, ComicConnect brought to market an Action Comics #1 CGC 6.0. The auction made global headline news. Consequently, a second Action Comics #1 CGC 1.8 was uncovered and consigned to ComicConnect, and sold in their following Event Auction on May 1st. And now, a THIRD Action Comics #1 is brought to market, graded a CGC 2.5 with white pages. This copy comes from the State of Washington. The consignor's mother, who passed away fourteen years ago, told her son she remembered owning it ever since she was a little girl in grade school. By the time she was in high school, she began to recognize that the first Superman appearance was something of significance, and began to preserve the comic book for safekeeping. Her son recalls first seeing it when she showed it to him when he was a freshman in high school, back in 1984. His mother impressed upon him that it was something of value. In 1989, they moved it to a bank security box, and now it is brought to market for the first time in over 60 years.

6 MONTHS INTEREST FREE TIME PAYMENTS AVAILABLE FOR THE WINNER OF THIS COMIC BOOK!