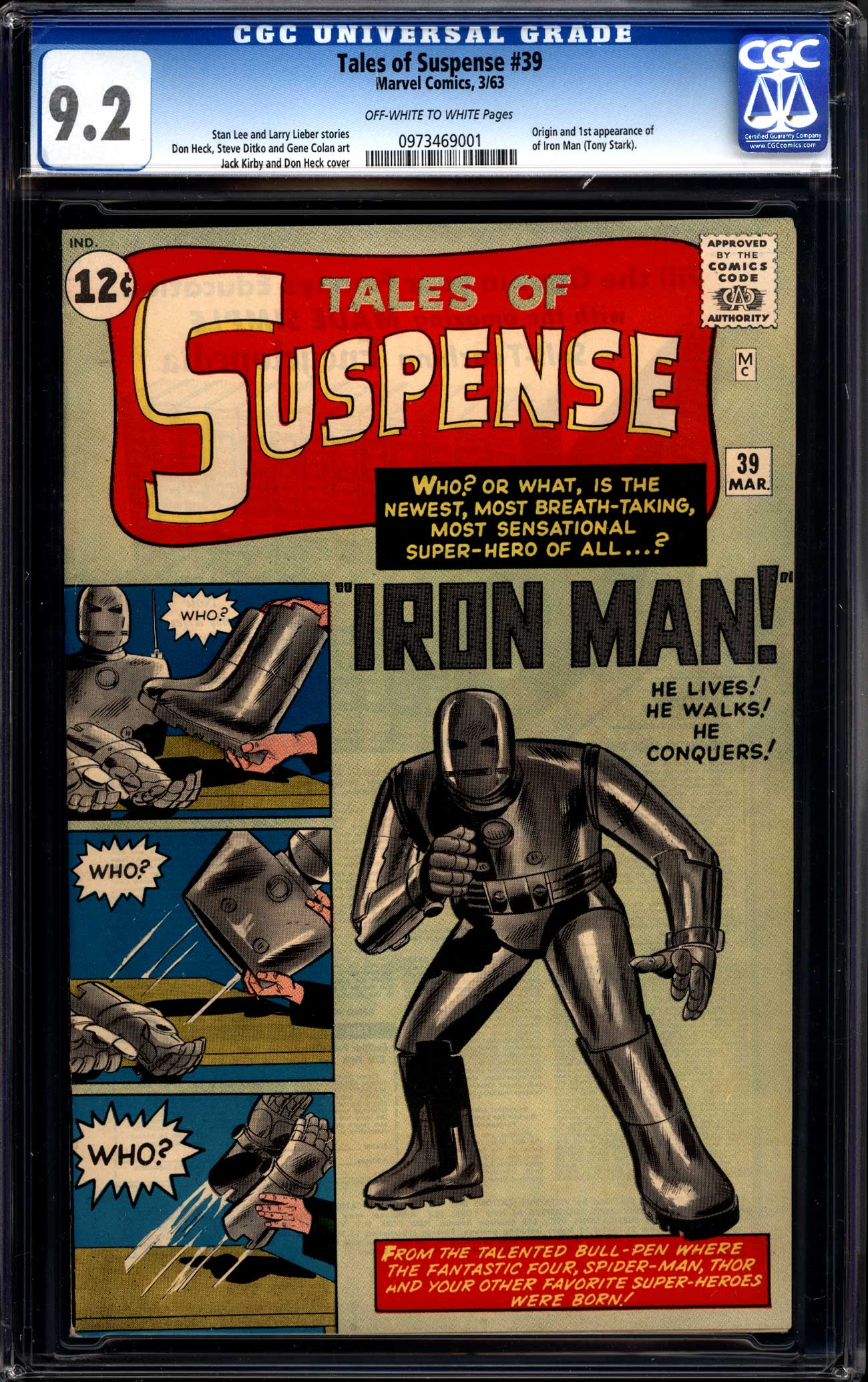 Watch
ow/white pgs (please read bidding requirements in listing description)
Kirby cvr; Ditko art; origin & 1st app. Iron Man (Tony Stark) (3/63)Realizing the growing Marvel audience was composed primarily of hip, and largely left-leaning high-school students and collegians, Stan Lee challenged himself to create a hero who would be the embodiment of everything the counterculture was railing against, and still elicit sympathy from readers. Thus, Tony Stark was born as an older, hard-drinking, playboy millionaire. Iron Man quickly became a cult favorite whose popularity has only grown over the years.

ComicConnect extends the option of INTEREST FREE TIME PAYMENTS to the winning bidder with a 20% non-refundable deposit paid by bank transfer, cash, check or money order, with up to 6 monthly installments to pay the balance.