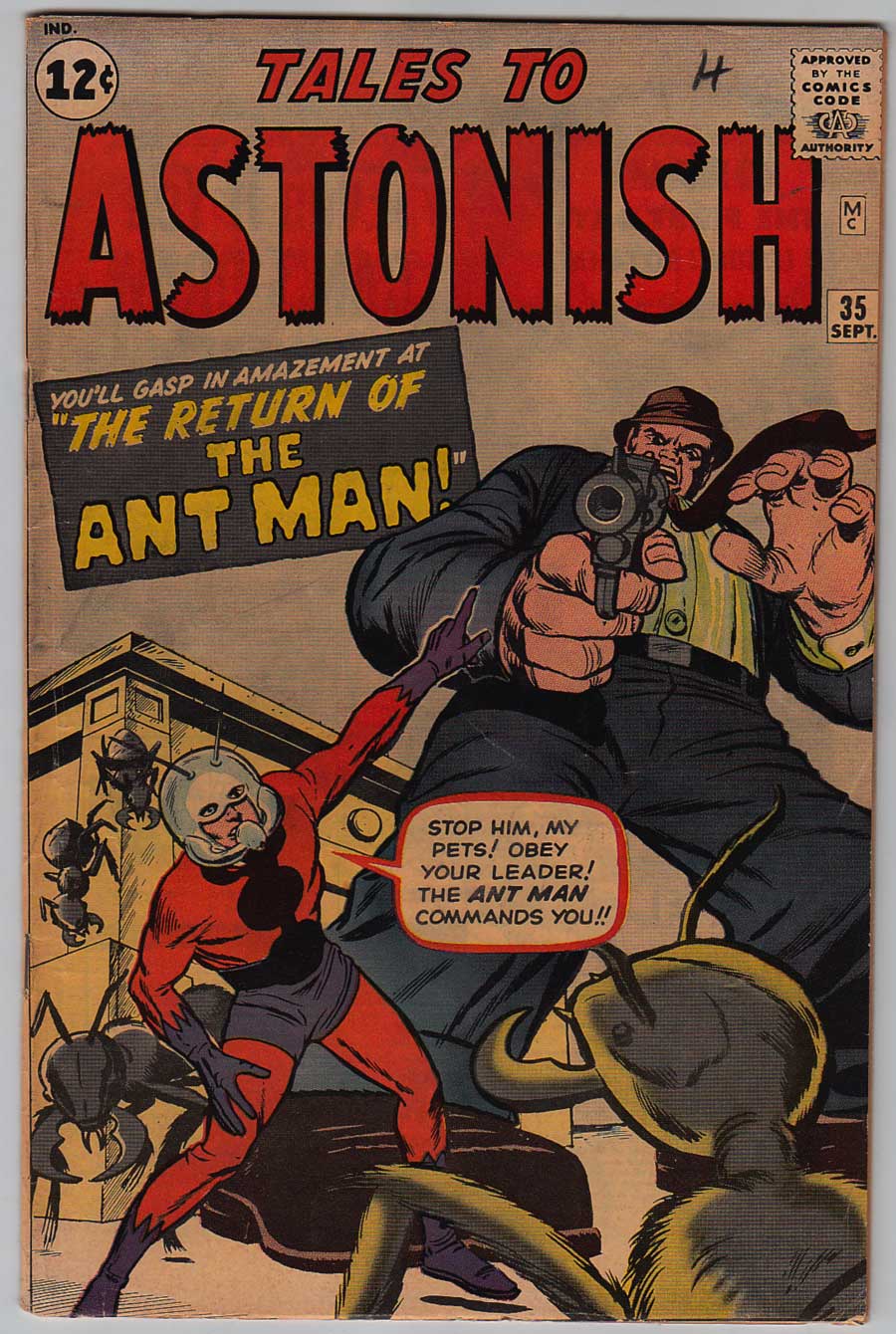 Watch
nice eye appeal
Kirby cvr/art; Ditko art; origin & 1st app. of Antman in costume, 2nd app overallHaving established their new character Ant-Man in Tales to Astonish #27, incorporating the 1950s sci-fi/monster template as inspiration, Stan Lee and Jack Kirby overhauled their new concept to match Marvel's rapid takeover of the hero market. With a new origin and costume, it took some time for the results to really click with readers. In hindsight, this second appearance serves as a landmark for the nascent Marvel era, employing the mood, and style of their post-code monster titles to give superhero comics a fresh and compelling new look. Among the silent successes of Marvel Silver Age keys, this issue is surprisingly rare and in great demand as a result. Prices are on the rise, and copies of Tales to Astonish are becoming increasing more difficult to find. The market price of Ant-Man's second appearance has skyrocketed since the character was featured on the big screen in his own origin tale, as well as other MCU releases, and with more Ant-Man appearances making their way to theaters soon, the sky's the limit.
Artists Information