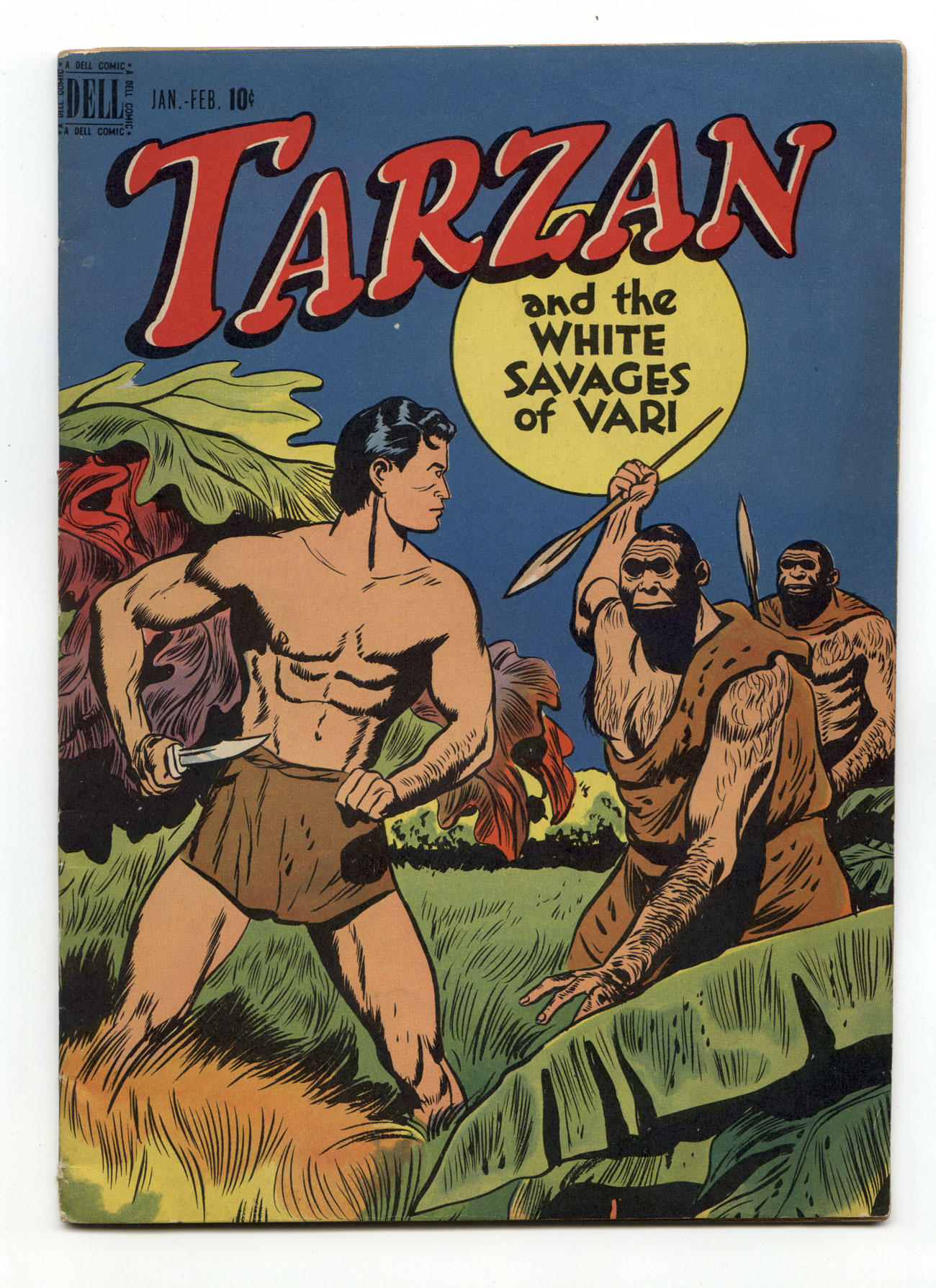 $220.19
Sold For
6
Bids
This auction has ended.
PUBLISHER: Dell
COMMENTS: The White Savages of Vari; back cover pin-up (1-2/48)
Read Description ▼
Sell One Of These Inquire About This

Watch
The White Savages of Vari; back cover pin-up (1-2/48)First made familiar to comics audiences on the Sunday pages via the pen of the revered Hal Foster, Tarzan was Edgar Rice Burroughs' most enduring and popular creation, a feral man-child raised by primates whose manly exploits and vigorous adventures charmed and excited readers young and old through nearly a century of pop culture and media. While movies, TV, and other forms featured the jungle hero, it was in comics that he had his longest unbroken streak of popularity, encompassing three of the major comics publishers, and illustrated by many of comics' giants, including Joe Kubert, Russ Manning, and John Buscema, and still running to this day via Dark Horse and Dynamite. This first issue of the characters' unprecedented 70+ year run is a favorite internationally, as the franchise's fame and demand proved as durable in Europe as in the States (in fact, even more so), and is both a kitsch favorite and a landmark key.