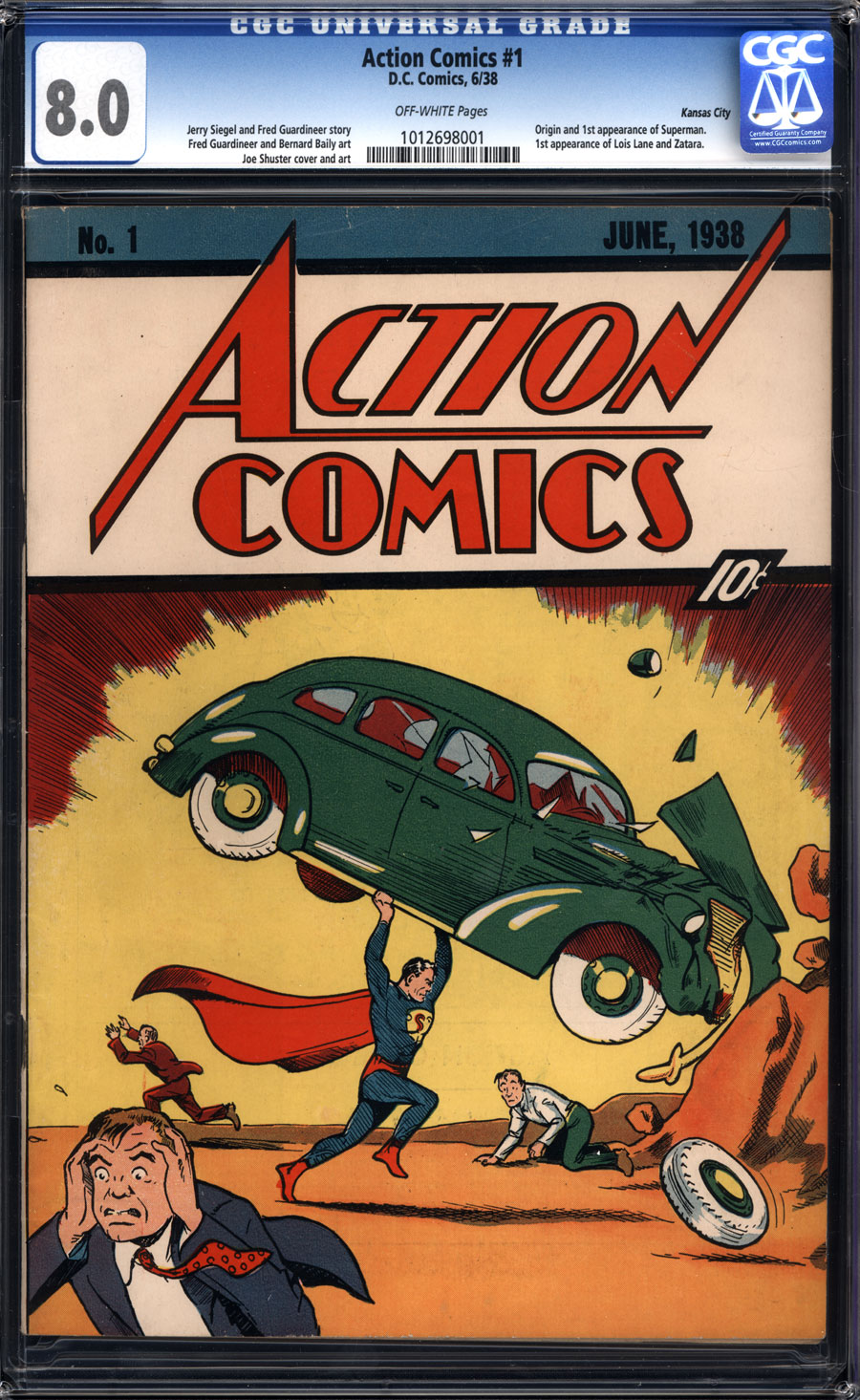 $1,000,000
Sold For
1
Offers
PUBLISHER: DC
COMMENTS: off white pgs
origin & 1st app. of Superman by Siegel and Shuster
Kansas City Copy
Read Description ▼
Sell One Of These Inquire About This

Watch
off white pgs
origin & 1st app. of Superman by Siegel and Shuster
Kansas City CopyThe most important comic book in history, Action #1 stands as the introduction of the archetype of all other heroes to come as Superman transcends comics and pop culture as an icon of truth, justice, and the American way!

Created by Jerry Siegel and Joe Shuster, Superman is quite possibly the most recognizable fictional character in the world. The brainchild of two struggling sci-fi fans from the Rust Belt, the Man of Steel became an instant icon to Depression-era readers and transformed into a symbol of national spirit and spunk during the brutal days of WWII. Since then, he has endured as both a beloved character and an embodiment of hope and vigor, making this first appearance not just a piece of comics' history, but of American history as well.
One of the finest UNRESTORED copies in the existence. 2nd highest graded (with the highest graded being an 8.5)

Simply a tremendous investment grade copy of the most important comic book ever published. A milestone event of the 20th Century. We could go on and on but it somehow seems unnecessary to exclaim the virtues of an unrestored VF Action Comics #1.

We realize many of you would like to purchase this comic, so ComicConnect.com is offering a 6 month, interest free, time payment plan.

If you are a new customer planning to make a first-time purchase over $25,000, please contact us at 212.895.3999 or support@comicconnect.com so that we may approve your account for placing offers. (This policy was instituted to protect consignors and bidders against bids from fraudulent accounts, and to ensure the integrity of the bidding process.).