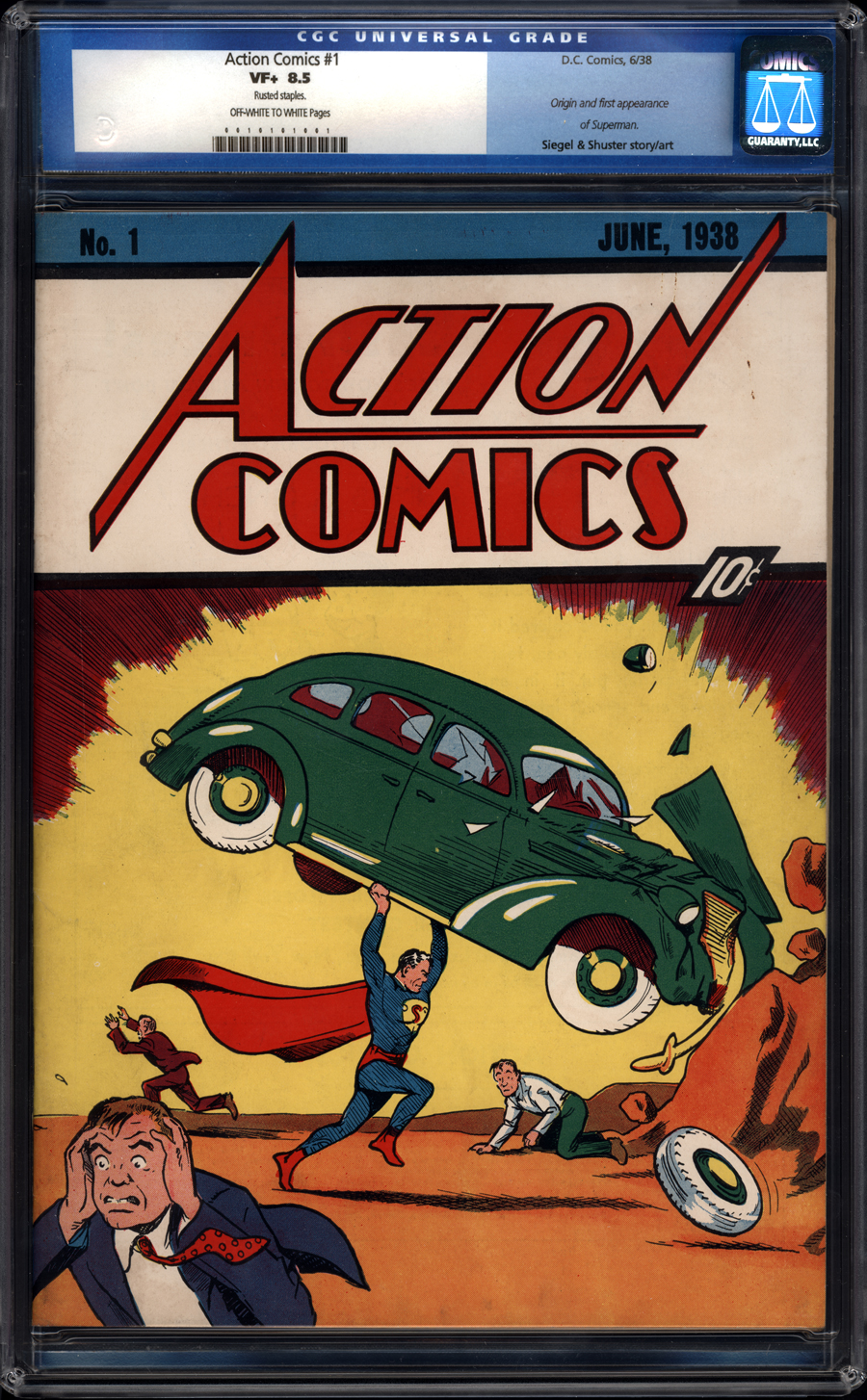 $1,500,000.00
Sold For
1
Offers
PUBLISHER: DC
COMMENTS: ow/w pgs
origin & 1st app. of Superman by Siegel and Shuster
Read Description ▼
Sell One Of These Inquire About This

Watch
ow/w pgs
origin & 1st app. of Superman by Siegel and ShusterThe most important comic book in history, Action #1 stands as the introduction of the archetype of all other heroes to come as Superman transcends comics and pop culture as an icon of truth, justice, and the American way!

Here it is. The highest graded copy of the most valuable comic. Certainly, one for the ages.

When last sold in 1993, it crushed the record for the most valuable comic ever sold. Will it regain that title? Only time will tell.
Artists Information