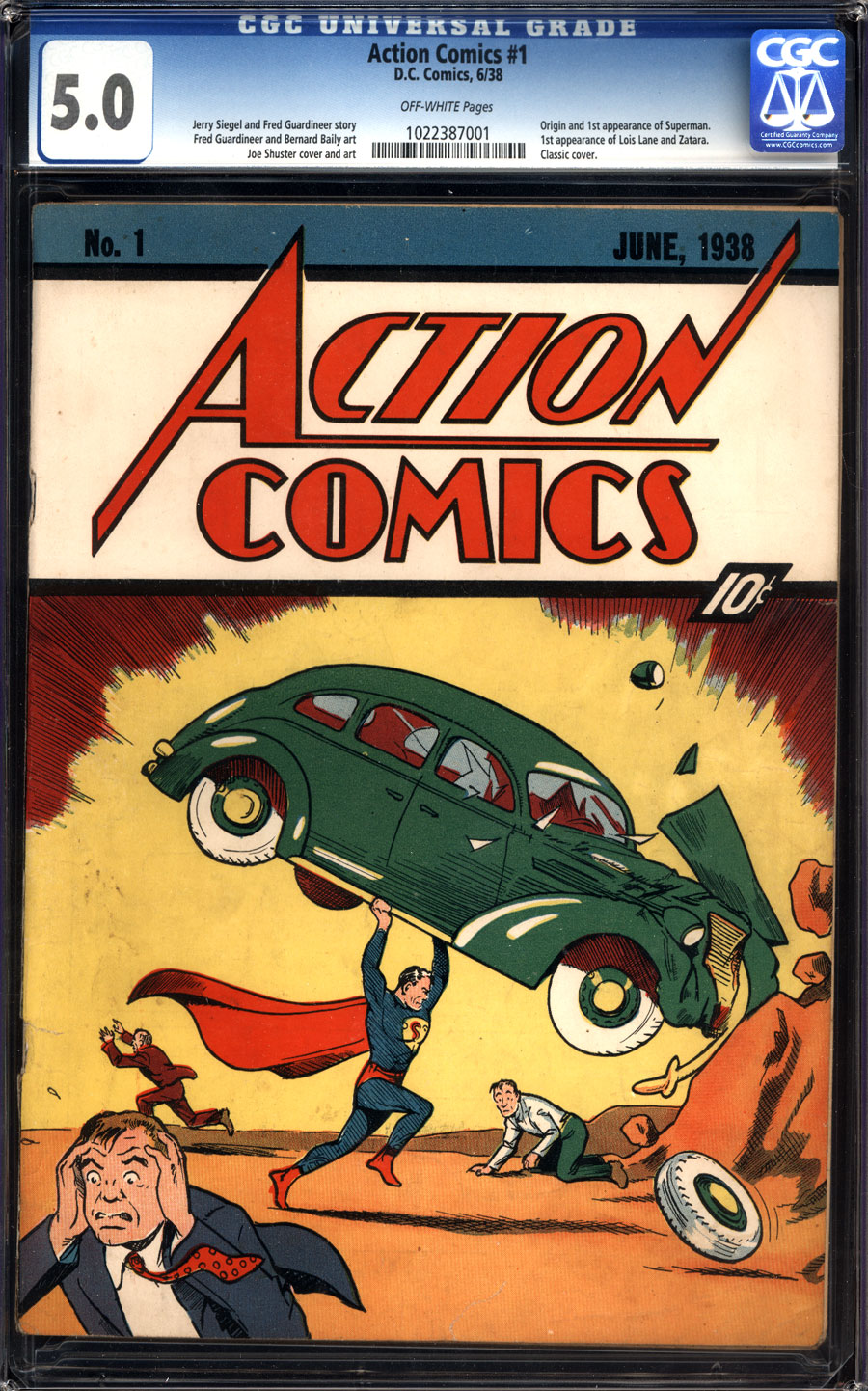 $436,000
Sold For
30
Bids
This auction has ended.
PUBLISHER: DC
COMMENTS: Serial# 1022387001 off white pgs (please read bidding requirements in listing description)
origin & 1st app. of Superman by Siegel and Shuster
Read Description ▼
Sell One Of These Inquire About This

Watch
Serial# 1022387001 off white pgs (please read bidding requirements in listing description)
origin & 1st app. of Superman by Siegel and ShusterThe most important comic book in history, Action #1 stands as the introduction of the archetype of all other heroes to come as Superman transcends comics and pop culture as an icon of truth, justice, and the American way!

The Superman comic that will save a family's home from foreclosure has already eclipsed pre-auction estimates and is going strong.

This comic was found in the basement of a home on the verge of foreclosure and was "a very happy accident," says ComicConnect.com's Stephen Fishler, CEO.


The newly discovered comic is the legendary comic book that introduced Superman to the world. In this case, Superman really did save the day.


"We are on pins and needles checking at least twice a day to see what our book is up to," said the consignor, who wishes to remain anonymous. "This is beyond our wildest dreams!"


We realize many of you would like to purchase this comic, so ComicConnect.com is offering a 6 month, interest free, time payment plan.

If you are a new customer planning to make a first-time purchase over $25,000, please contact us at 212.895.3999 or support@comicconnect.com so that we may approve your account for placing offers. (This policy was instituted to protect consignors and bidders against bids from fraudulent accounts, and to ensure the integrity of the bidding process).