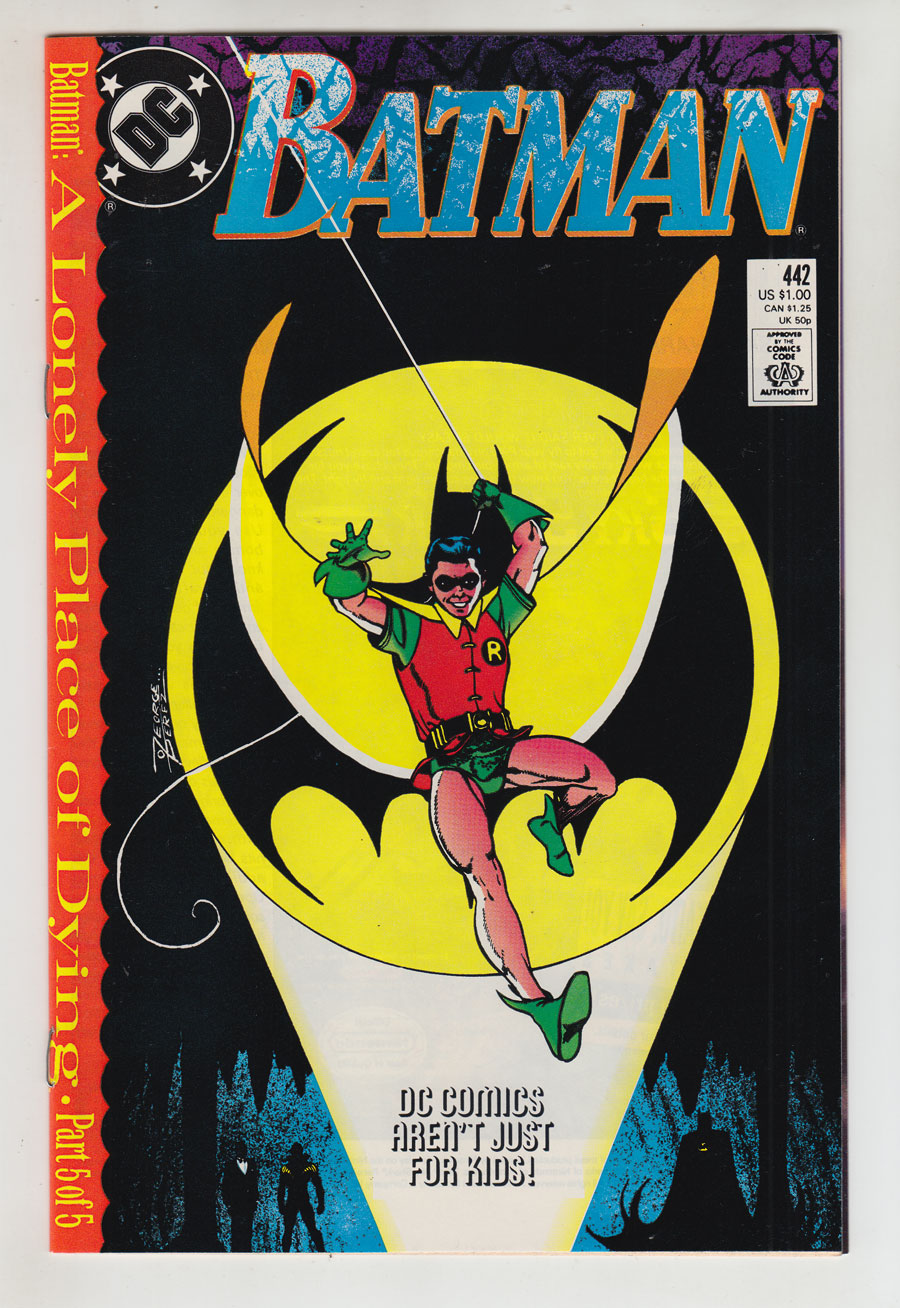 Highest Offer
2
Offers
FYI there's no need to include decimal points(.).
Offer Confirmation
You are about to submit an offer of . If accepted, you are legally obligated to purchase the book. Are you sure you want to continue?
FYI there's no need to include decimal points(.).
Buy Confirmation
You are about to buy this item for , and will be legally obligated under the terms of our User Agreement to pay for it in a timely fashion. Continue?
PUBLISHER: DC
COMMENTS: white pgs investment grade glossy!
Perez cover; 1st Tim Drake as Robin; COMIC BOOK IMPACT rating of 7 (CBI)
Read Description ▼
Sell One Of These Inquire About This

Watch
white pgs investment grade glossy!
Perez cover; 1st Tim Drake as Robin; COMIC BOOK IMPACT rating of 7 (CBI)Cover by George Perez. "A Lonely Place of Dying Chapter Five: Rebirth," script by George Perez (Co-Plot) and Marv Wolfman, pencils by Jim Aparo, inks by Mike DeCarlo; With Batman and Nightwing trapped by Two-Face, there's only one person left to save the day; Prepare for the debut of the newest Robin, Tim Drake! Columns on "Bat Questions Answered," "Continuity Corner," and "From the Den," the latter by Denny O'Neil.
Artist Information