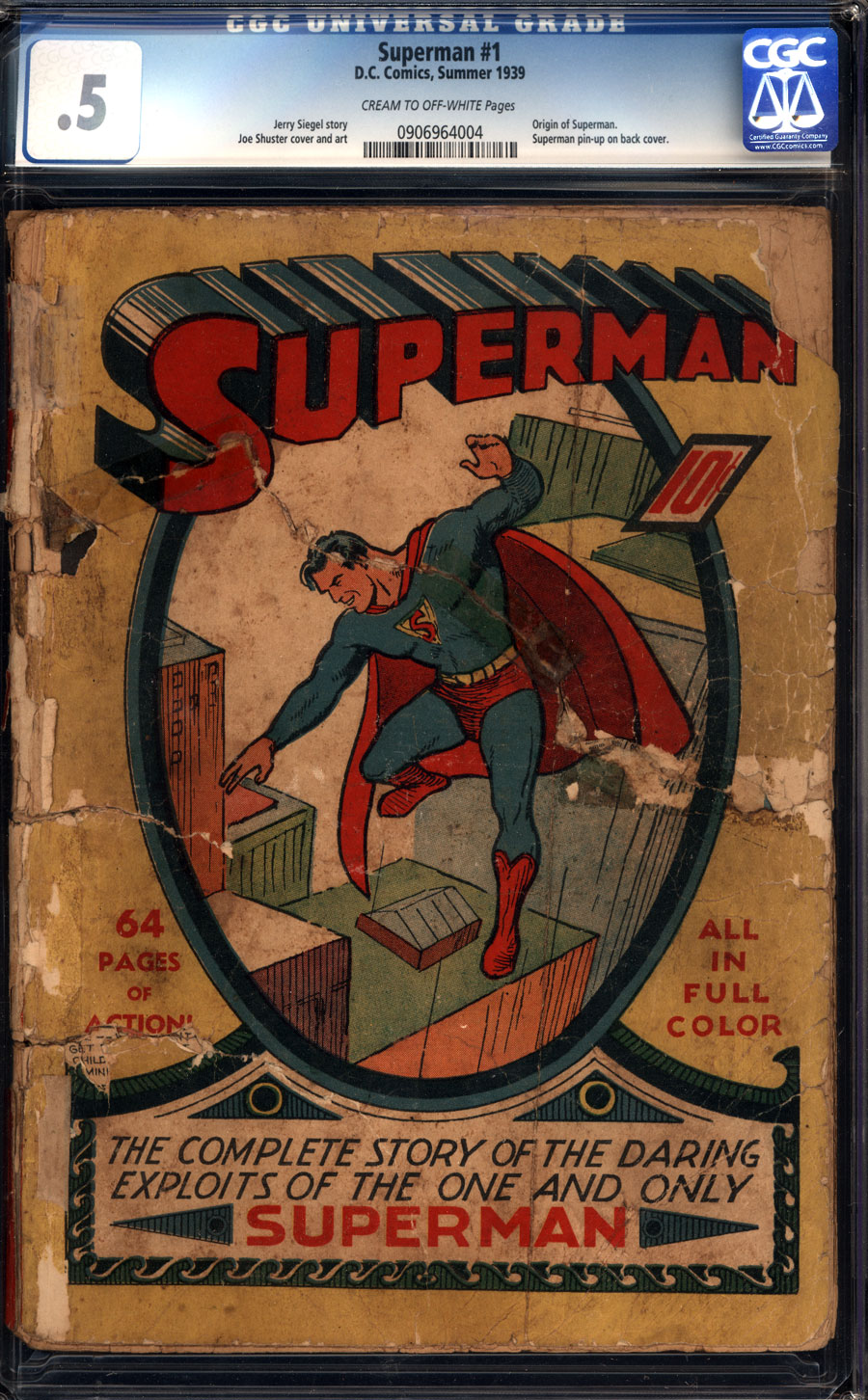 Watch
crm/ow pgs
Joe Shuster cvr/art; origin story, pin-up bc; Comic Book Impact rating of 10 (CBI)The first name in superheroes has always been Superman. "Look, up in the sky, it's a bird, it's a plane, it's...Superman!" Those words identified the character for decades and the big red "S" on his chest is one of the most-easily-recognized symbols in the world. Created by Jerry Siegel and Joe Shuster, Superman has enjoyed decades of popularity and has been featured in cartoons, serials, movies, television shows, and pretty much anything else you can put a price tag on. As one of the top Golden Age keys, this issue features Superman's origin story, a must-read for Man of Steel zealots. Often overlooked is the historical importance of this book, which showcases three of the most important supporting characters in the Superman pantheon: Ma and Pa Kent, as well as Lois Lane.