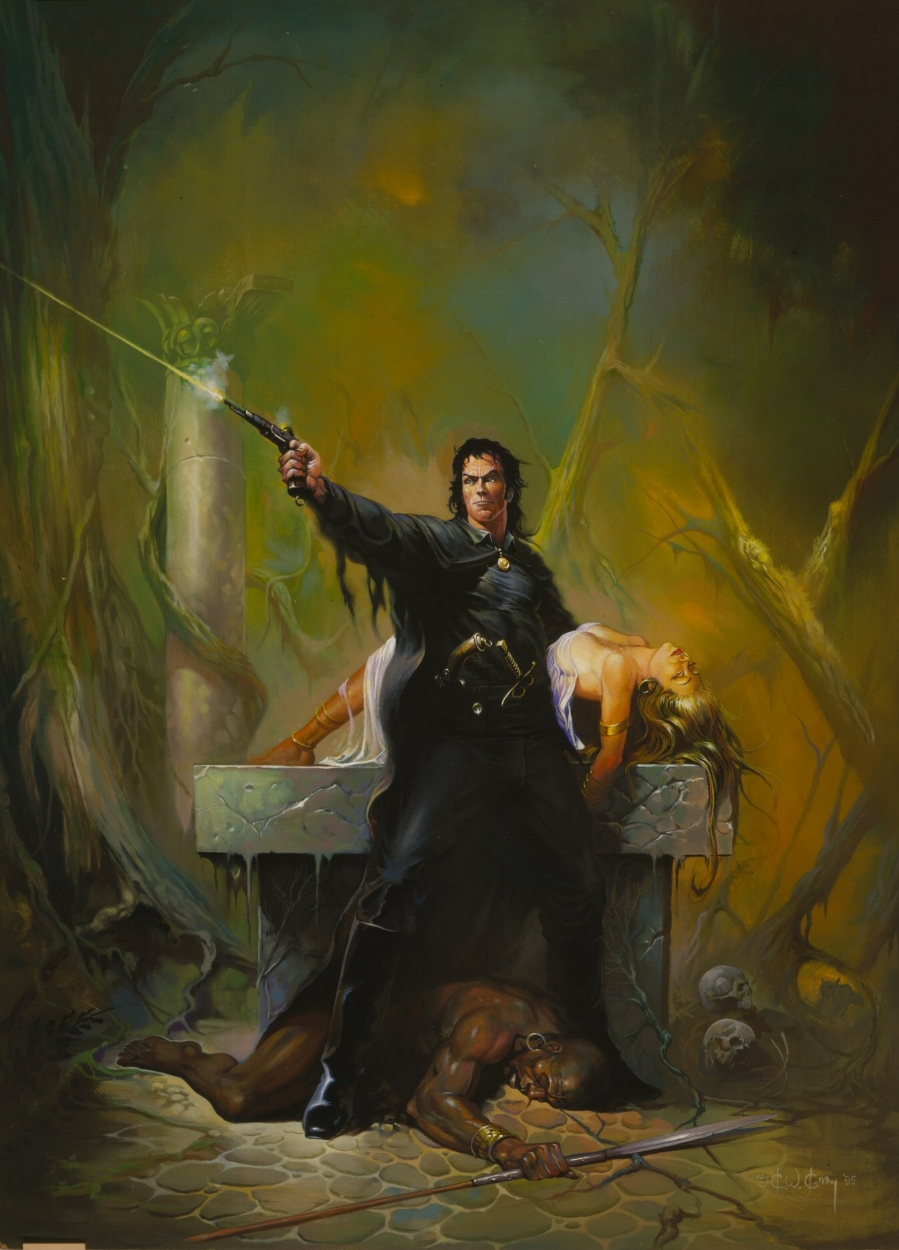 $3,750
Sold For
1
Offers
COMMENTS: Ken Kelly oils on board; 39" x 29"; 1995; Original Ken Kelly painting of Robert E. Howard Solomon Kane
Read Description ▼
Sell One Of These Inquire About This

Watch
Ken Kelly oils on board; 39" x 29"; 1995; Original Ken Kelly painting of Robert E. Howard Solomon KaneFinally roaring onto screens after years of development, Robert E. Howard's cult favorite, Solomon Kane, now finally gets his day in the spotlight. Longtime pulp and adventure fans have known that the unflappable Kane is one of fiction's most fascinating and compelling heroes, and Ken Kelly, acknowledged master of Hyborian artistry, is just the man to bring this dark and deadly creation to life. This image not only presents its dark-clad avenger front and center, but features the misty atmospherics and sexy danger that Kelly is known for. A truly stunning work.
*Not shown on Gallery Floor, available for viewing on request*
Artist Information