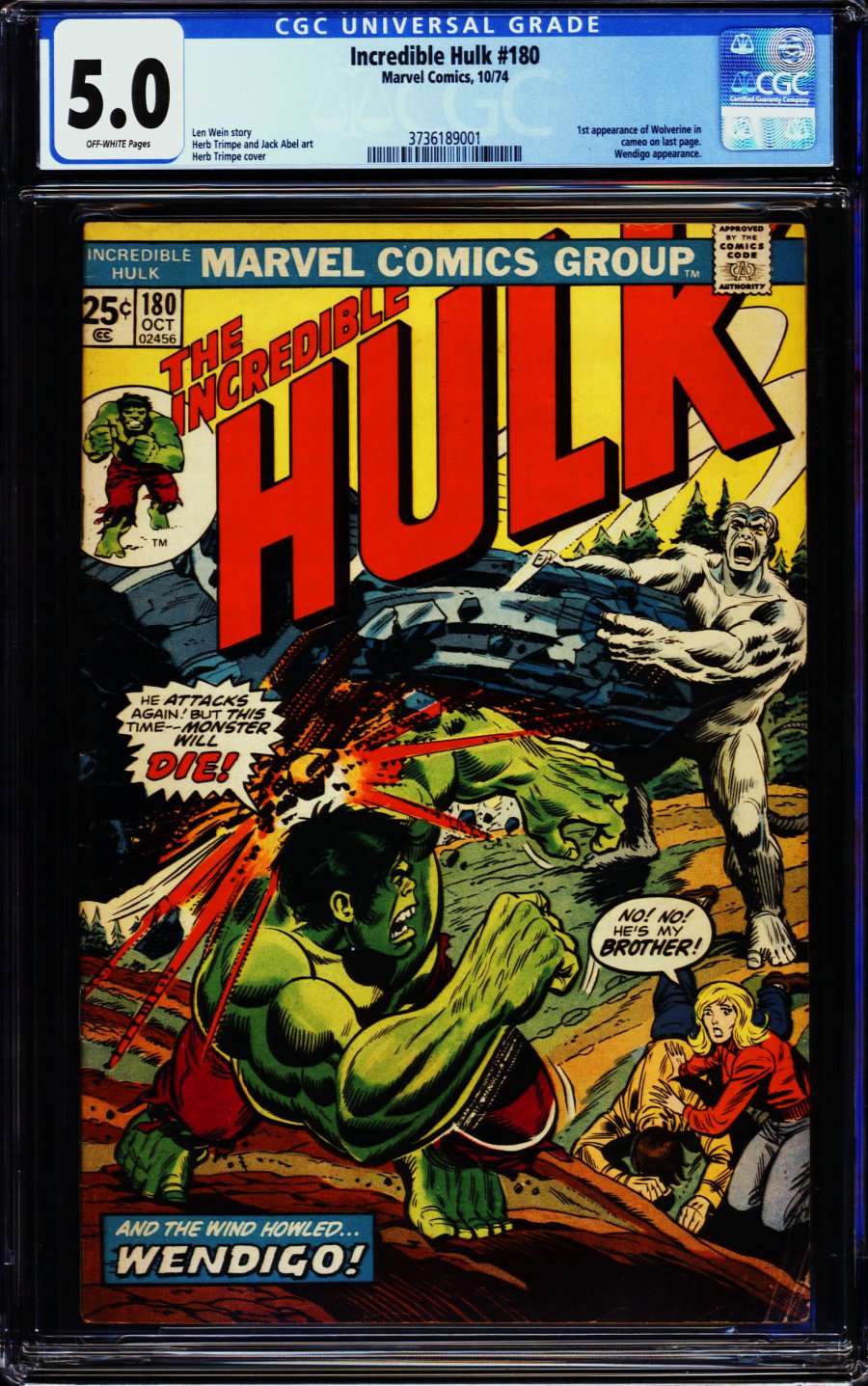 Watch
ow pgs
Trimpe art; 1st app. Wolverine (last pg)He's tucked away at the end of the issue, in a small cliffhanger panel, but there he is: the first appearance of the Wolverine. Intended as a gift to Canadian Marvel fans and destined to become the first true superstar of the Copper Age of comics. This issue is a fine example of the consistently high standard of storytelling from Len Wein and Herb Trimpe, who performed unheralded but top-notch work keeping this fan favorite title chugging along during some of the toughest times in the industry's history.
Artists Information