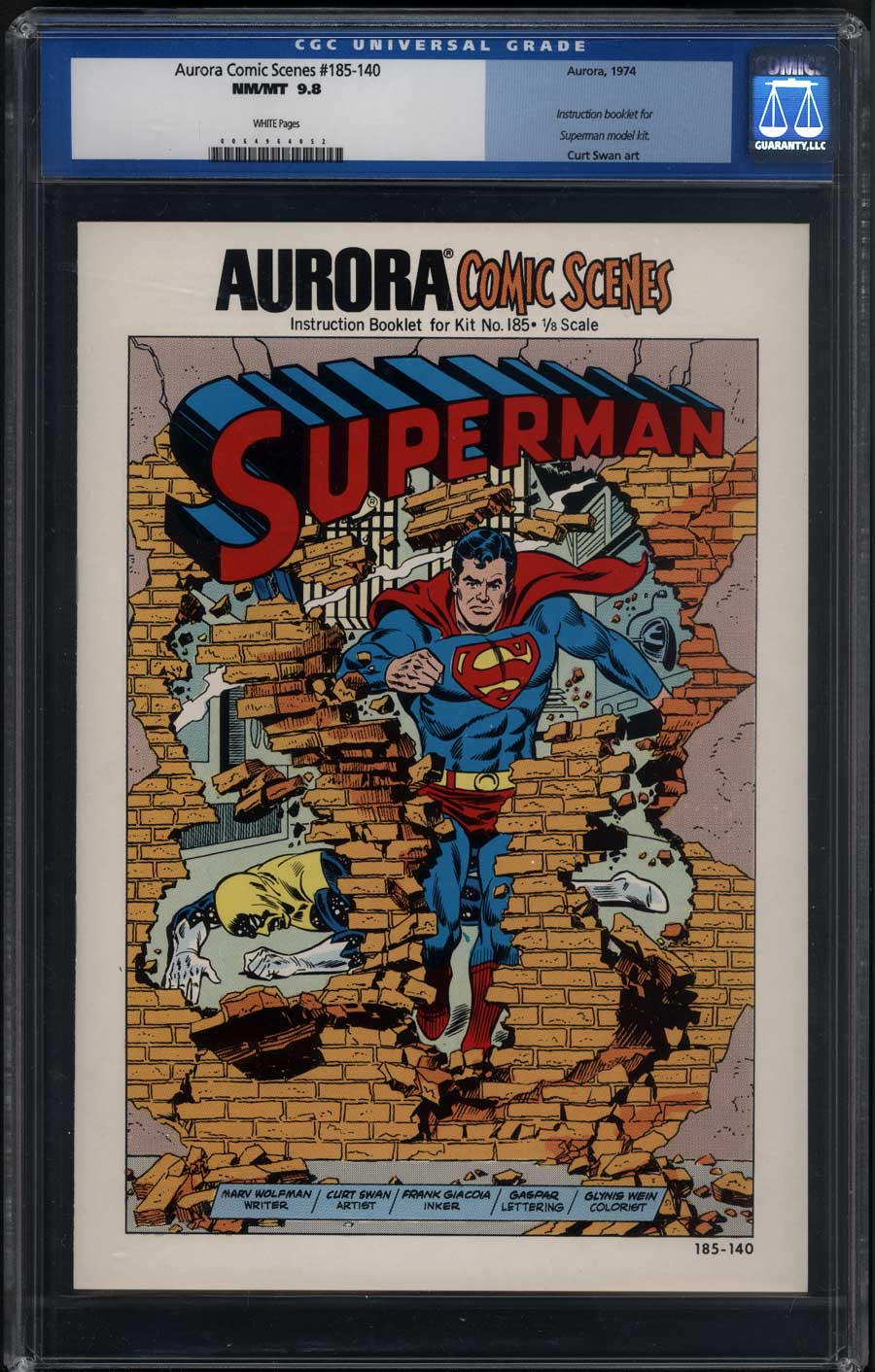 $41
Sold For
10
Bids
This auction has ended.
PUBLISHER: Aurora Plastics Co.
COMMENTS: white pgs
Superman by Curt Swan (1974)
Read Description ▼
Sell One Of These Inquire About This