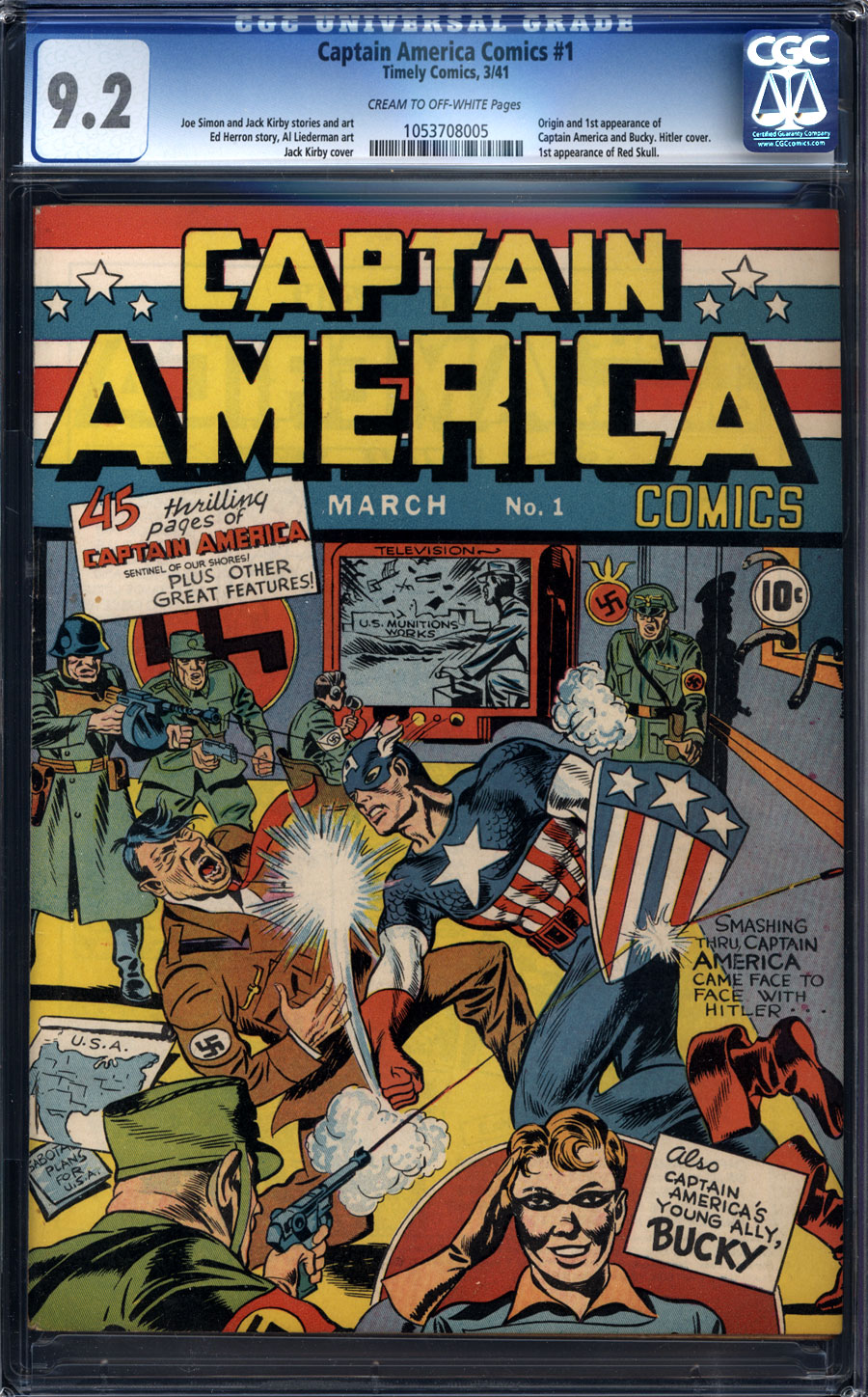 Watch
crm/ow pgs, 2nd Highest Graded! (please read bidding requirements in listing description)
Kirby & Simon cvr/art; origin & 1st app. Captain America, Bucky, & Red Skull; classic Hitler cover! (3/41) Comic Book Impact rating of 10 (CBI)
Atlantic City CopyWe've said it before, but it bears repeating that the popularity of characters such as Captain America and the willingness of comic writers and artists to confront the Axis threat went a long way toward mobilizing a heretofore isolationist American populace in the long, dark days of the late 30s and early 40s. Many other art forms desperately avoided or ignored the ugly truth of Europe's rapid slide into fascism and Nazism in an obvious attempt to protect their own financial interests overseas. The almost entirely US-based comics business, staffed and developed largely by fugitives from those same wartime horrors, boldly waved the flag of freedom, most notably in this instant classic. In those pre-Pearl Harbor days, such an image was simply incendiary, and copies flew off shelves almost immediately, leading to a decades-long run as the preeminent symbol of American heroism. This Cap #1 has an overall look that can only be described as astounding! Only the Allentown copy ranks higher at 9.6. This stunning CGC 9.2 NM- copy is from the newly discovered original owner Atlantic City collection. Bought off the stands and lovingly preserved for 70 years, this is a prime investment opportunity.

We realize many of you would like to bid on this auction lot, so for this listing, ComicConnect.com offers a 6 month, interest free, time payment plan with a 20% non-refundable deposit paid by check, money order or wire transfer.

There will be no credit cards accepted for this comic.