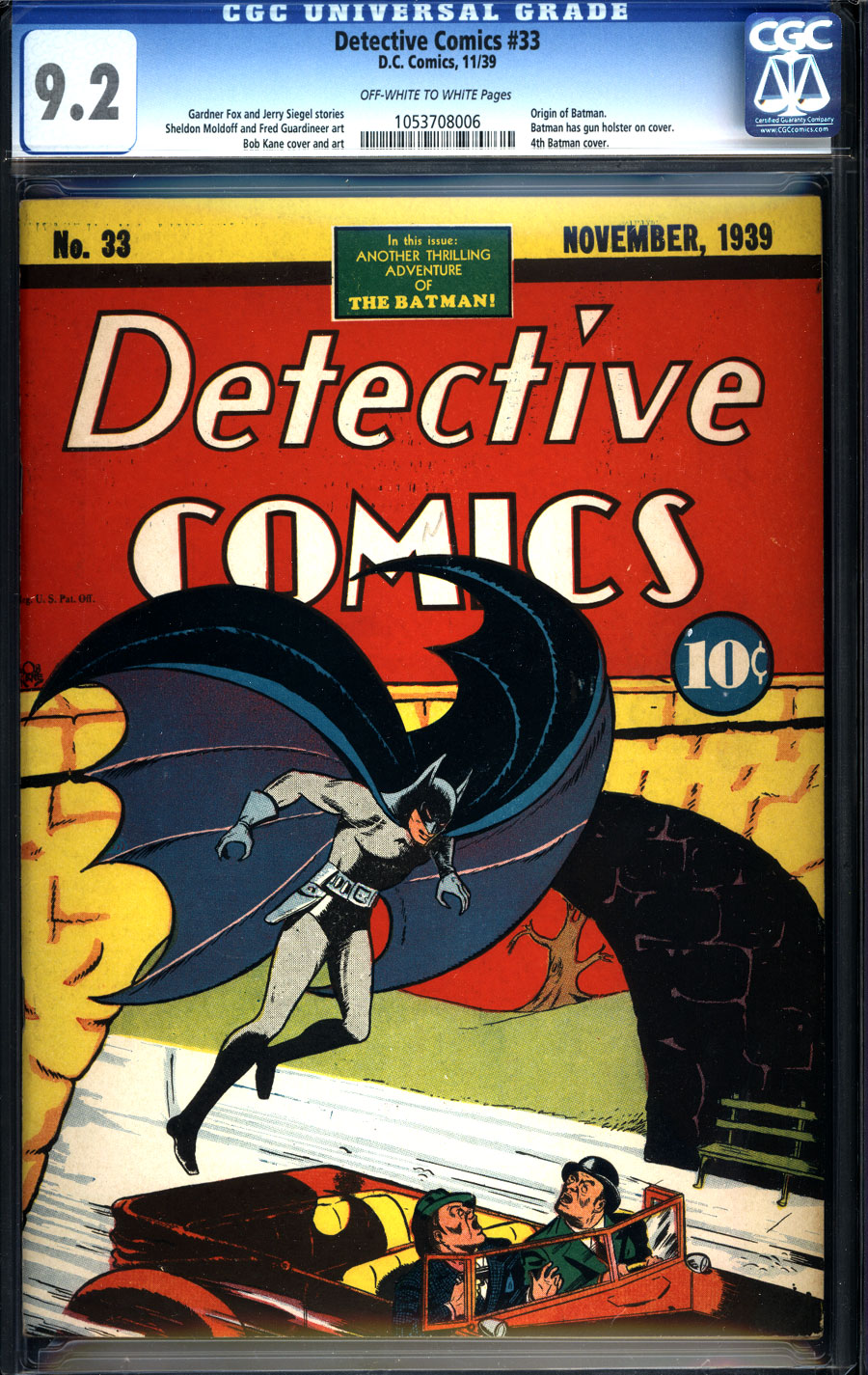 Watch
ow/white pgs, Highest Graded, 1 of 1!!! (please read bidding requirements in listing description)
Bob Kane classic cvr/art; 1st app. of Thomas Wayne & Martha Wayne. Batman gun holster on cvr. Origin of Batman. (11/39)
Atlantic City Copy
Highest GradedSurprisingly, Detective #27 contains no origin for Batman. In Detective Comics #33, the story of how Batman came to be is told for the very first time including the murder of his parents. The Dark Knight's tragic beginnings have been embedded in American culture and become the archetype origin for countless characters that followed (hello Robin). Readers later enjoyed the reprinted story in Batman #1. Also of note is the unusual and infamous cover image, in which the Dark Knight is seen armed and dangerous, breaking the code against guns that was to become a cornerstone of the character's makeup over the years. A startling and classic image, from the beloved first year of the hero's adventures, rich with gothic shadows and crude, almost nightmarish graphics. This extremely important book is offered here in a gorgeous NM- copy. This book almost never turns up unrestored, especially not in this type of grade.

We realize many of you would like to bid on this auction lot, so for this listing, ComicConnect.com offers a 6 month, interest free, time payment plan with a 20% non-refundable deposit paid by check, money order or wire transfer.

There will be no credit cards accepted for this comic.

If you are a new customer planning to make a first-time purchase over $25,000, please contact us at 212.895.3999 or support@comicconnect.com so that we may approve your account for bidding. (This policy was instituted to protect consignors and bidders against bids from fraudulent accounts, and to ensure the integrity of the bidding process.)
Artists Information