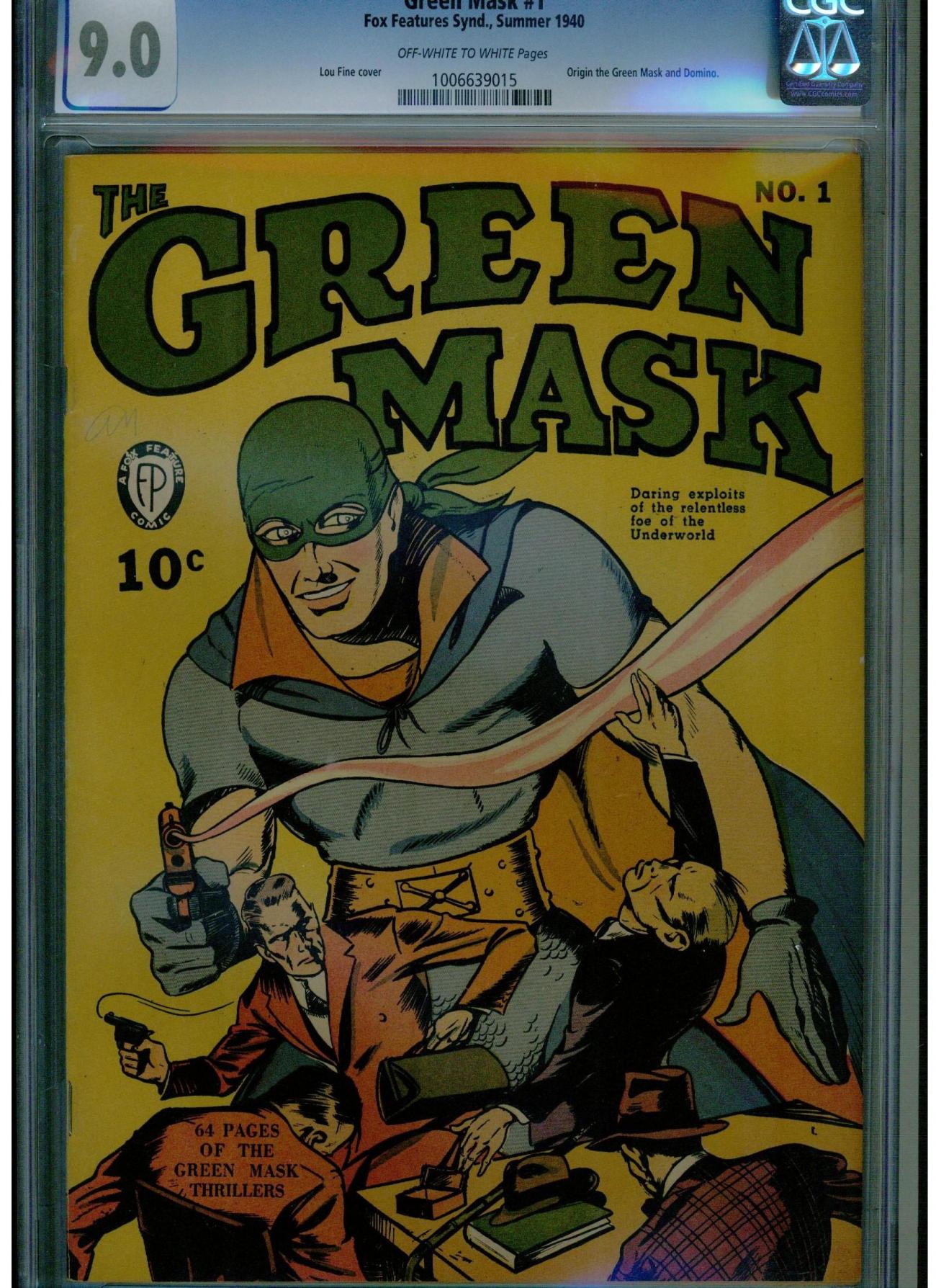 Highest Offer
1
Offers
FYI there's no need to include decimal points(.).
Offer Confirmation
You are about to submit an offer of . If accepted, you are legally obligated to purchase the book. Are you sure you want to continue?
FYI there's no need to include decimal points(.).
Buy Confirmation
You are about to buy this item for , and will be legally obligated under the terms of our User Agreement to pay for it in a timely fashion. Continue?
PUBLISHER: Fox
COMMENTS: CGC #1006639015, Census Rank 2nd Highest Graded, Universal Holder, Off-White to White pages, LOU FINE COVER ORIGIN THE GREEN MASK AND DOMINO FOX FEATURES SYND., SUMMER 1940
Lou Fine cvr; origin of the Green Mask, origin & 1st app. of Domino the Miracle Boy
Read Description ▼
Sell One Of These Inquire About This