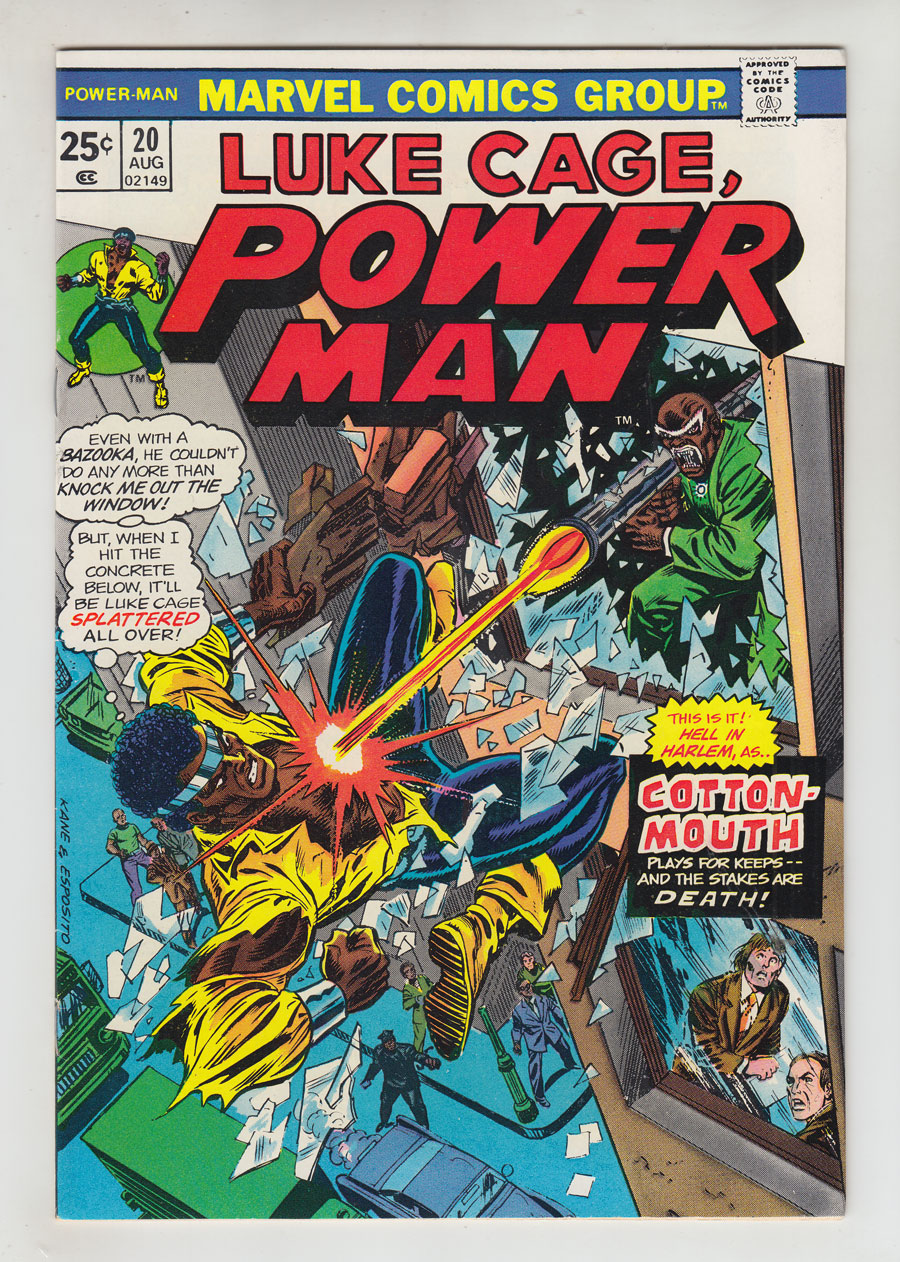 Watch
Kane cover; Cottonmouth app."How Like a Serpent's Tooth...!" Part 2 of 2. Script by Tony Isabella, pencils by George Tuska, inks by Vince Colletta. This is it the final showdown between Power Man and the man who is as strong as he is, Cottonmouth. The letters page includes Marvel Value Stamp series A # 1 (Spider-Man by John Romita Sr.). Gil Kane cover pencils, Mike Esposito cover inks.
Artists Information