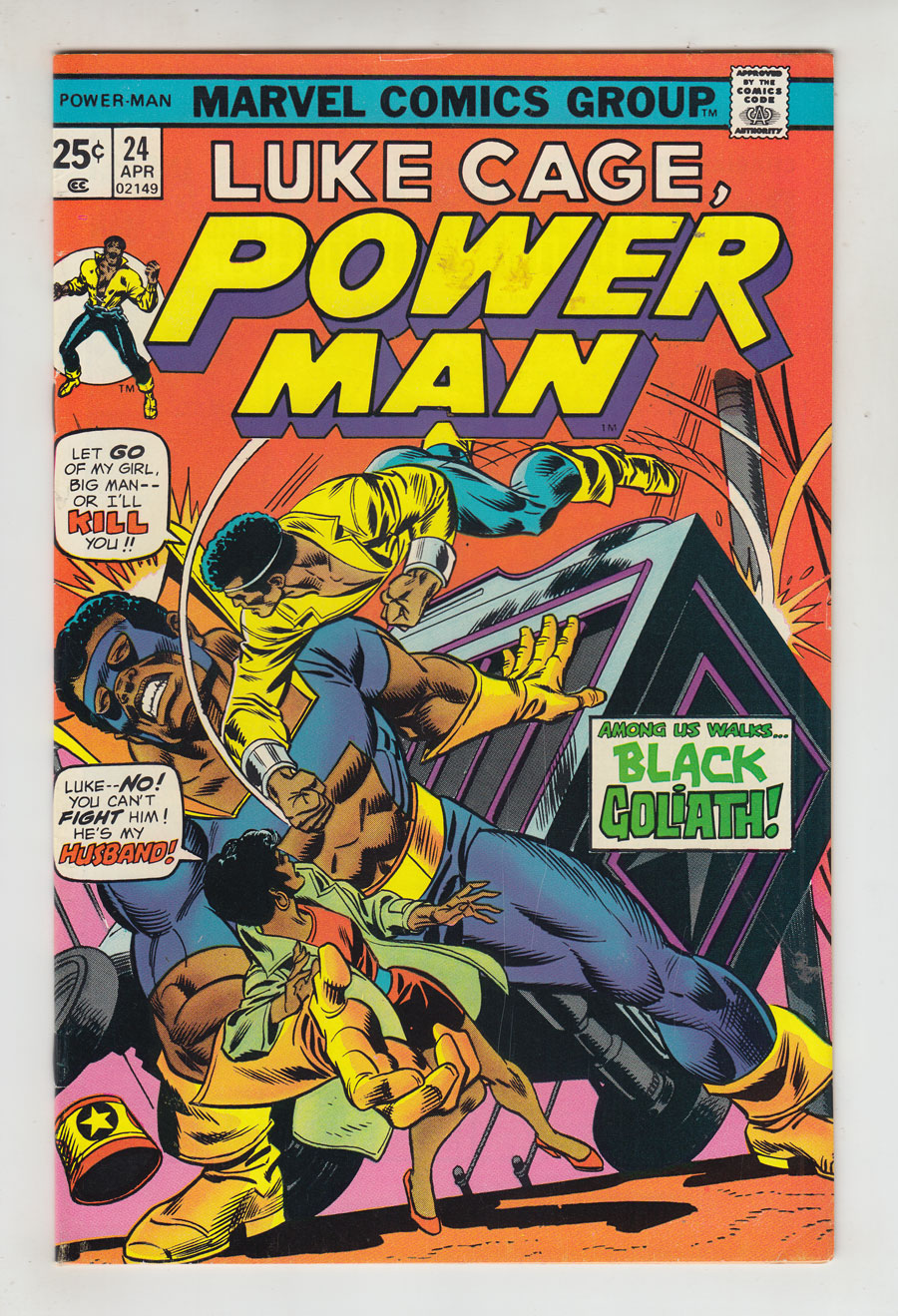 --
Accepting Offers
--
Offers
FYI there's no need to include decimal points(.).
Offer Confirmation
You are about to submit an offer of . If accepted, you are legally obligated to purchase the book. Are you sure you want to continue?
FYI there's no need to include decimal points(.).
Buy Confirmation
You are about to buy this item for , and will be legally obligated under the terms of our User Agreement to pay for it in a timely fashion. Continue?
PUBLISHER: Marvel
COMMENTS: 1st Black Goliath (there'll probably be a TV show or movie or web series or what have you) (4/75)
Read Description ▼
Sell One Of These Inquire About This

Watch
1st Black Goliath (there'll probably be a TV show or movie or web series or what have you) (4/75)"Among us Walks...Black Goliath!" Part 1 of 2. Guest-starring Goliath (Bill Foster). Script by Tony Isabella, pencils by George Tuska, inks by Vince Colletta. Luke Cage meets Claire's ex-husband, Dr. Bill Foster, former lab assistant to Hank Pym (Giant Man) and the super hero known as Goliath. And, the big man isn't too happy when he finds the woman he still loves in the arms of another man. Everyone knows what follows next...super-hero tussle in the mighty Marvel fashion. The letters page includes Marvel Value Stamp series A # 27 (the Black Widow). Gil Kane cover pencils.
Artists Information