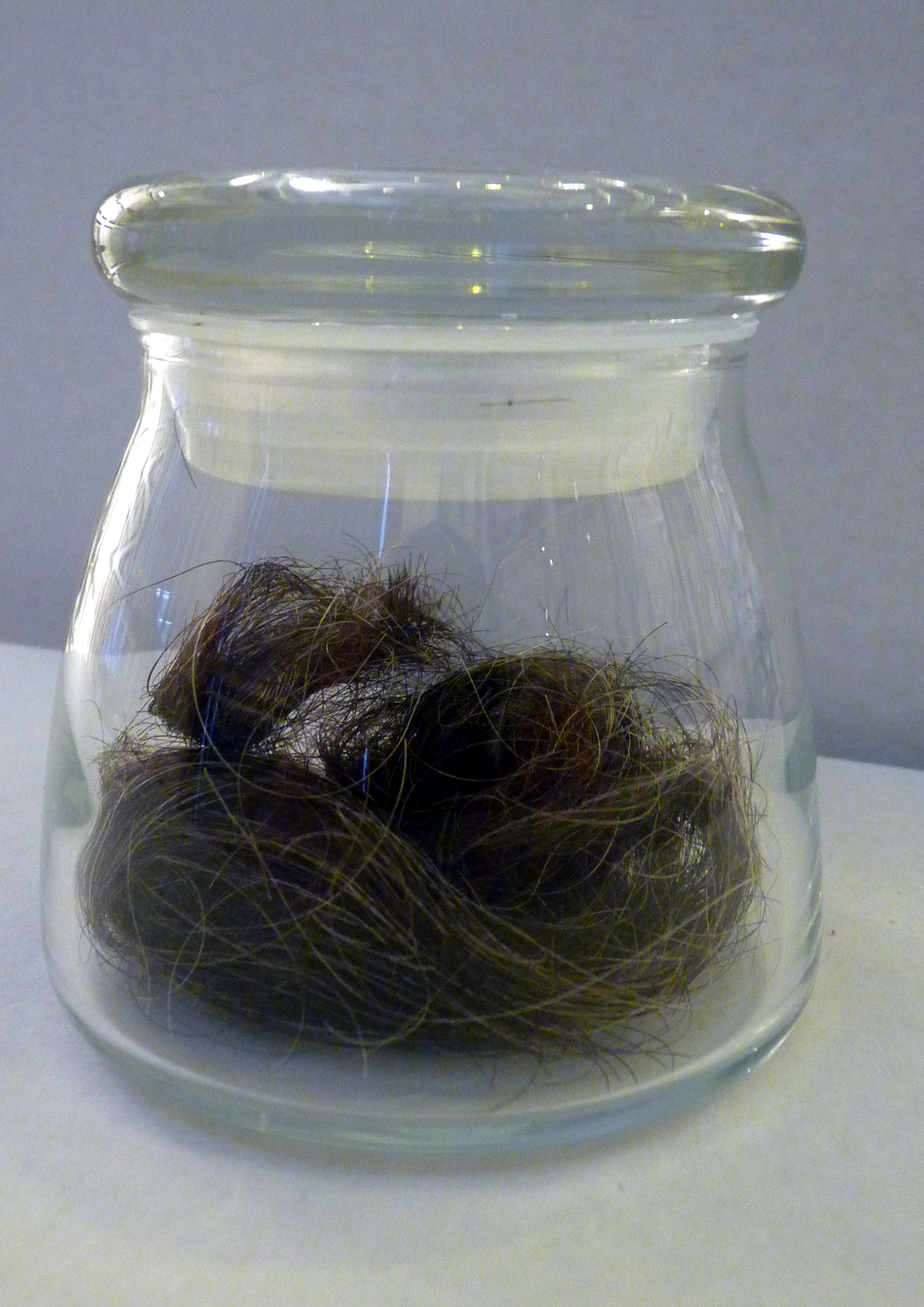 $385
Sold For
33
Bids
This auction has ended.
COMMENTS: Lock of Superman Creator Jerry Siegel's hair. Originally from the personal collection of Jerry Siegel.
Jerry Siegel Collection
Read Description ▼
Sell One Of These Inquire About This

Watch
Lock of Superman Creator Jerry Siegel's hair. Originally from the personal collection of Jerry Siegel.
Jerry Siegel CollectionJerry was very interested in history and the legacies left behind by famous people. On a trip to the Smithsonian Institution in Washington DC he and his wife Joanne were particularly fascinated by a display of hair from George Washington and other early U.S. Presidents. They learned that in the nineteenth century it was common to honor famous Americans by preserving locks of their hair. Besides being interesting, it triggered Jerry s sense of humor. After that when Joanne gave him a haircut, they decided to keep some of his hair in a container, because one day, who knows, fans might be interested to see the hair that grew out of the head that came up with the idea for Superman! He wrote a humorous note on a small piece of paper and tucked it inside this box with some locks of his naturally wavy, black hair.

"These hairs are from the head which originated the character SUPERMAN. And to think that during the early years when I sought the get the character before the public, scoffing editors called it a hair-brained idea." 8/19/77 Jerry Siegel

Many collectors have speculated that Kirby s hair might be worth more, but we disagree. With genetic technology heading in the direction it is, one day you could make your very own Jerry Siegel clone.