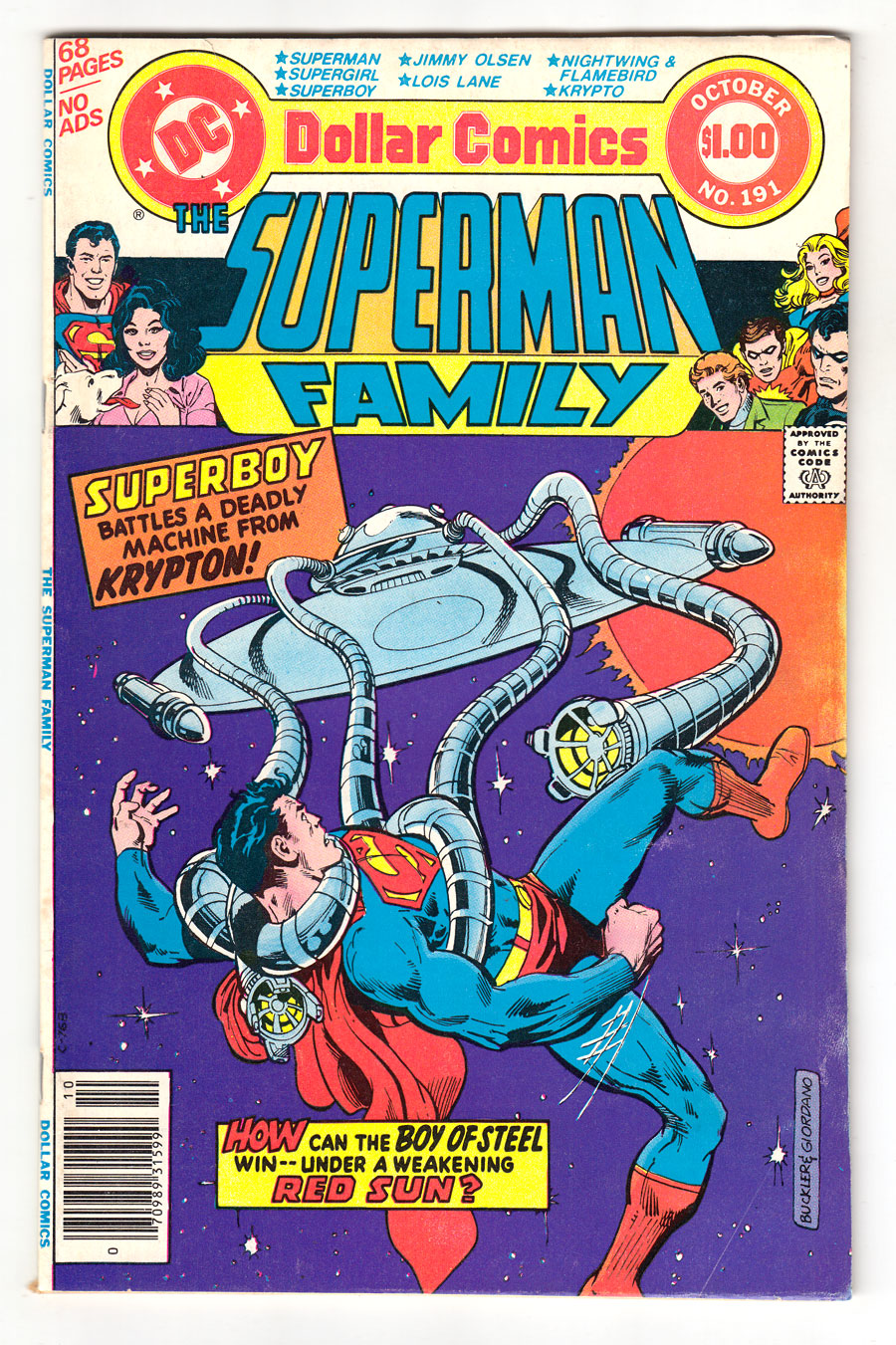 $1.00
Highest Offer
1
Offers
Offer Confirmation
You are about to submit an offer of . If accepted, you are legally obligated to purchase the book. Are you sure you want to continue?
Buy Confirmation
You are about to buy this item for , and will be legally obligated under the terms of our User Agreement to pay for it in a timely fashion. Continue?
PUBLISHER: DC
COMMENTS: ow/white pgs
dollar comic; Superboy cover
Read Description ▼
Sell One Of These Inquire About This

Ken Landgraf is an American comic book artist and commercial illustrator. Landgraf illustrated many of DC's horror titles in the late 70's, including The Witching Hour, Ghosts, Weird Tales and The Unexpected among others. He would later form his own company Landgraf Publications that would publish work by Neal Adams, Armando Gil, Dave Simons and others.

Juan Ortiz was born in Puerto Rico, and having moved to New York, Juan graduated from the Art & Design School and School of Visual Arts in Manhattan. Later, Juan's skills took on comic book form, when he was inspired by the styles of Jack Kirby and Alex Raymond. In 1990 he published a comic series named 'Rescue Comics' together with Francisco Espinosa by Pigeon Press. At the pinnacle of his career, Juan was elevated to Director of Illustration for Warner Bros. Studio Stores. From 1989 to 1992, under the art direction of Vice President/Executive Editor Joe Orlando, he illustrated covers for the Warner Bros. magazines Looney Tunes and Tiny Tunes Adventures. He is the President and publisher of Silver Comics where he has created an entire new universe of characters including 'Sea-Bolt', 'Cloud Buster', 'The End', 'Dr. Monster', 'Boom Boxx', 'Captain Rescue' and many more.