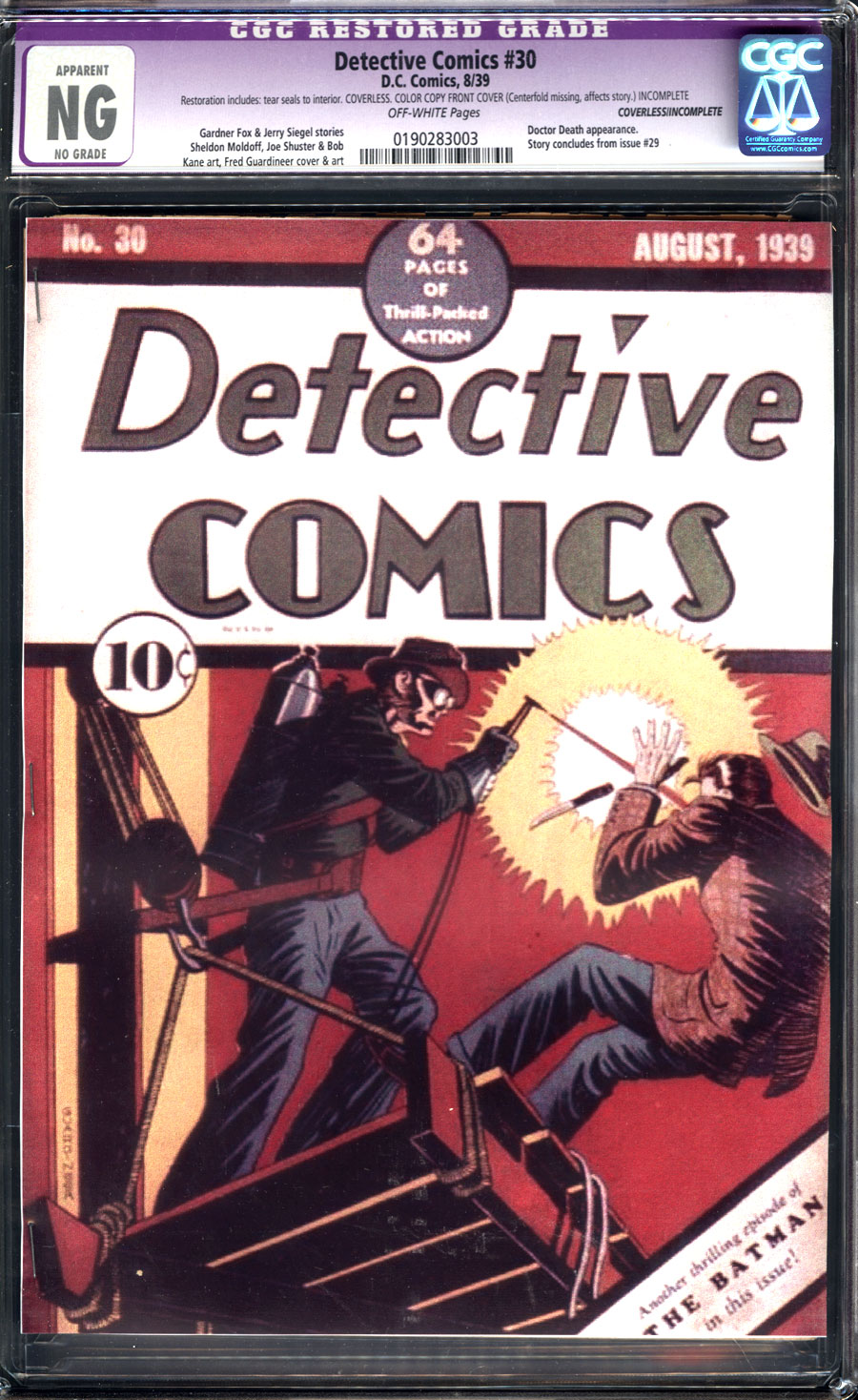 Watch
off white pgs coverless/incomplete
classic Guardineer cover; 2nd Doctor Death; 4th app. Batman (8/39)Detective Comics 30 contains one of the earliest appearances of the Caped Crusader, in a tale which finds him battling the fiendish Doctor Death whom he first encountered in the previous issue and had assumed was dead. The disturbing, violent, pre-code cover is a genuinely striking piece of Golden Age art, and one which we appreciatively get to admire daily on our gallery wall here in our New York City offices. As far as early Bat-books go, this one has a great story, a memorable cover from the days before Batman would become the sole focus of the book.
Artists Information