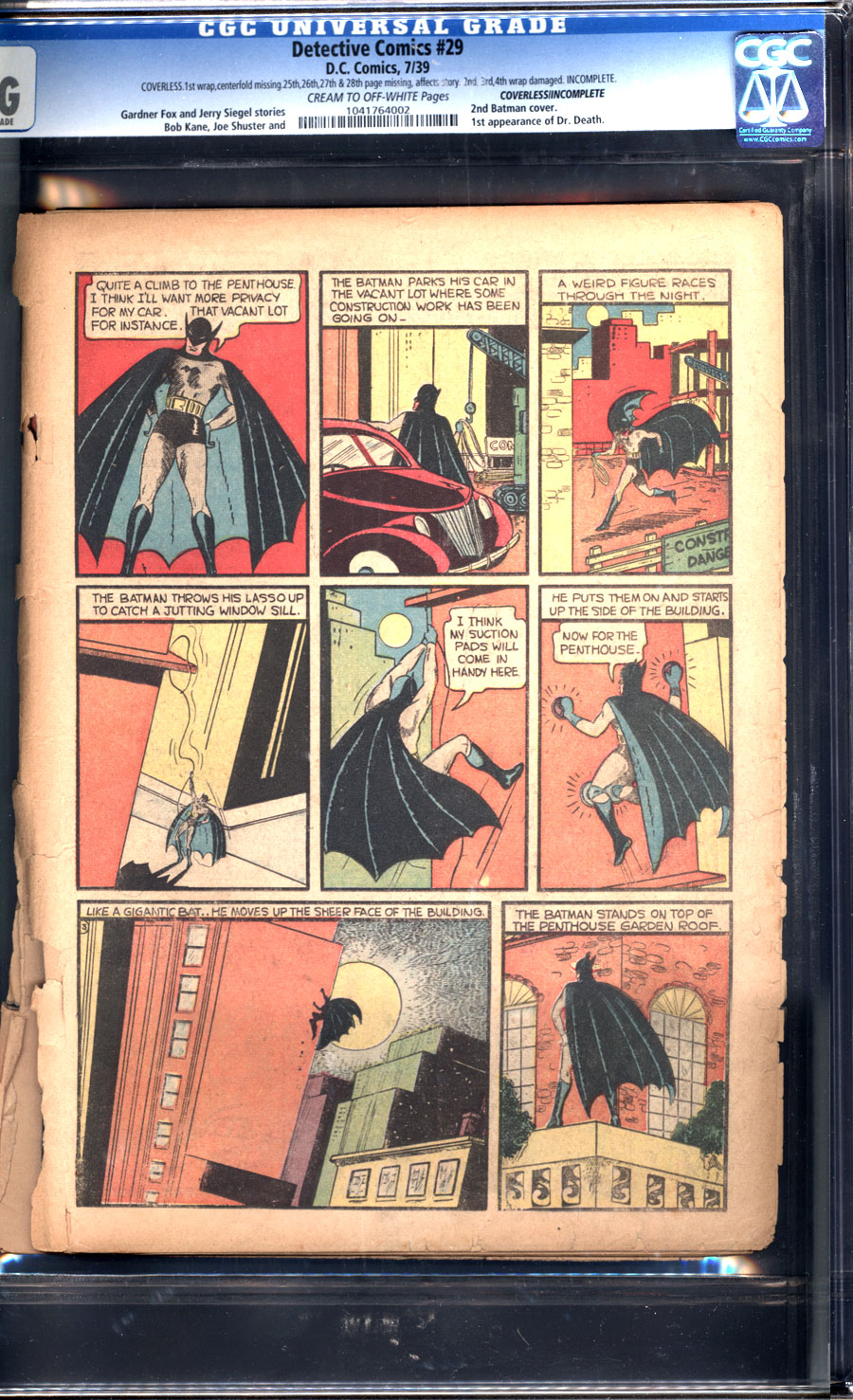 --
Accepting Offers
--
Offers
FYI there's no need to include decimal points(.).
Offer Confirmation
You are about to submit an offer of . If accepted, you are legally obligated to purchase the book. Are you sure you want to continue?
FYI there's no need to include decimal points(.).
Buy Confirmation
You are about to buy this item for , and will be legally obligated under the terms of our User Agreement to pay for it in a timely fashion. Continue?
PUBLISHER: DC
COMMENTS: crm/ow pgs, Coverless: 1st wrap, cf missing, 25th-28th pages missing, affects story, 2nd, 3rd, 4th wrap damaged. Incomplete
1st app. Dr. Death; 2nd Batman cover
Read Description ▼
Sell One Of These Inquire About This

Watch
crm/ow pgs, Coverless: 1st wrap, cf missing, 25th-28th pages missing, affects story, 2nd, 3rd, 4th wrap damaged. Incomplete
1st app. Dr. Death; 2nd Batman coverThe looming castle, the night gloom, the dark cape, the evil scientist -- the influence of pre-code horror cinema on Bob Kane's nocturnal creation is nowhere more evident than on this classic and painfully rare cover, one of the pre-Robin Detective issues over which Bat-collectors drool. You haven't really experienced the crude power of these early Bat-books until you've seen them in their original pulpy glory, and this second-ever cover appearance by the Batman packs a powerful punch. The story therein pits the Caped Crusader against Dr. Karl Hellfern, aka Doctor Death, who, like all great villains, intends to take over the world, but first, must rid himself of that meddling Batman, which leads to an action-packed tale of mayhem. It's well documented that once Batman received his own title the stories became a bit tamer than the ones depicted in early Detective Comics. This issue is no exception as Batman takes a bullet to the shoulder in this tale. How's that for gritty?
Artists Information