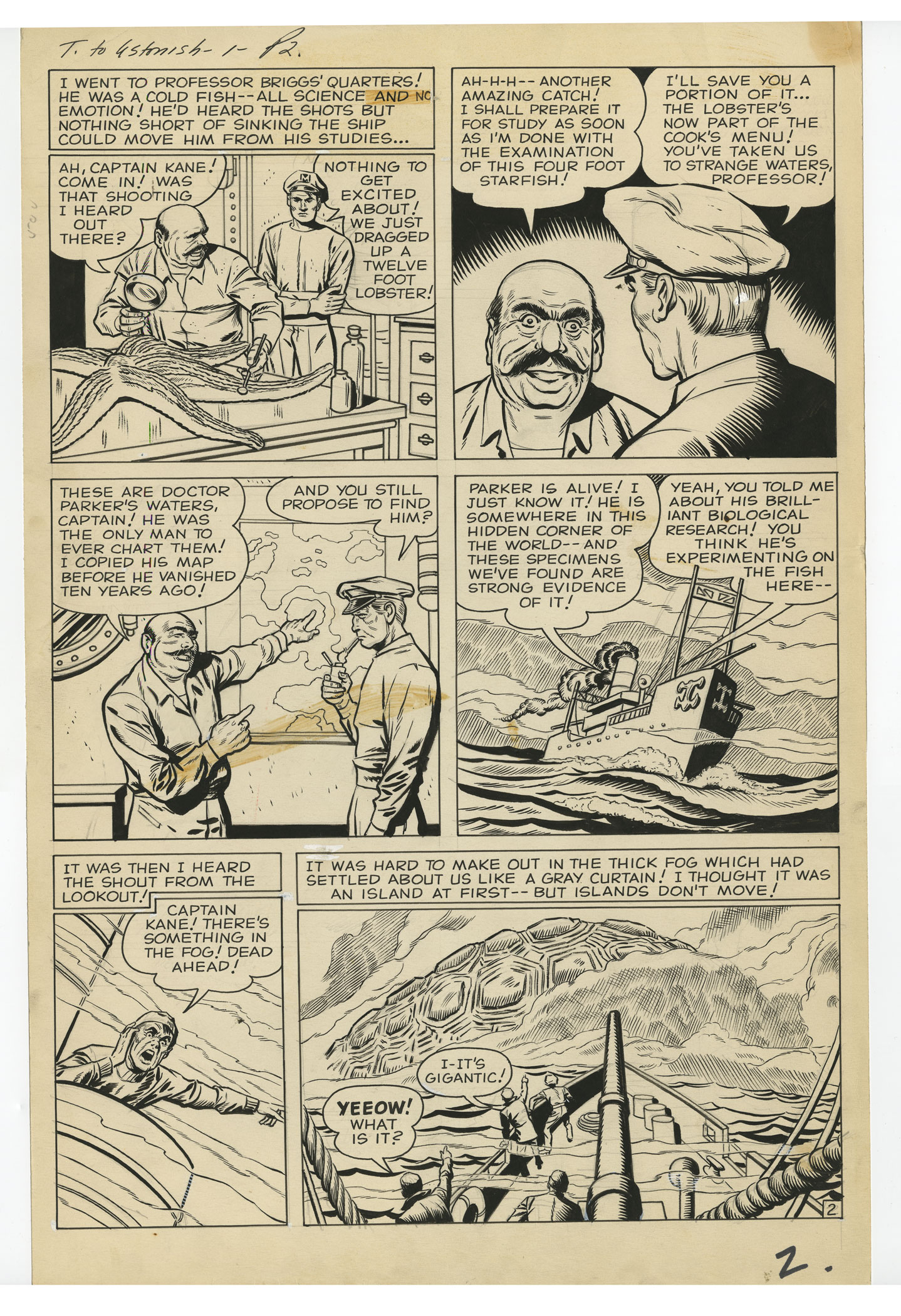 $1,384
Sold For
15
Bids
This auction has ended.
PUBLISHER: Marvel
COMMENTS: Pg. 2, Jack Kirby pencils, Christopher Rule inks.
Read Description ▼
Sell One Of These Inquire About This

Watch
Pg. 2, Jack Kirby pencils, Christopher Rule inks. "We Found the Ninth Wonder of the World,"  blares the splash page of this monsteriffic Kirby tale in the premiere issue of Tales to Astonish. In the post-Wertham, pre-hero days, Marvel/Atlas kept the horror fires burning under the strict guidelines of the new Comics Code, and relied on
cheerful hokum and unabashed camp to goose sales and excite readers. That sort of material was right in the wheelhouse of Kirby s slam-bang talents, and this still-entertaining giant-beast throw down launched this successful thriller series. Fans of Kirby s hero work may not be as familiar with his non-cape work, but his muscular dynamism may have been even more suited to this rubber-monster mayhem than to
hyper heroics, and the future glories of
cosmic Galactus and mythological New Gods can be glimpsed here in this over-the-top B-movie hysteria. A nearly complete story, from an era for which little original art survives this group of pages is a rare and important treasure.