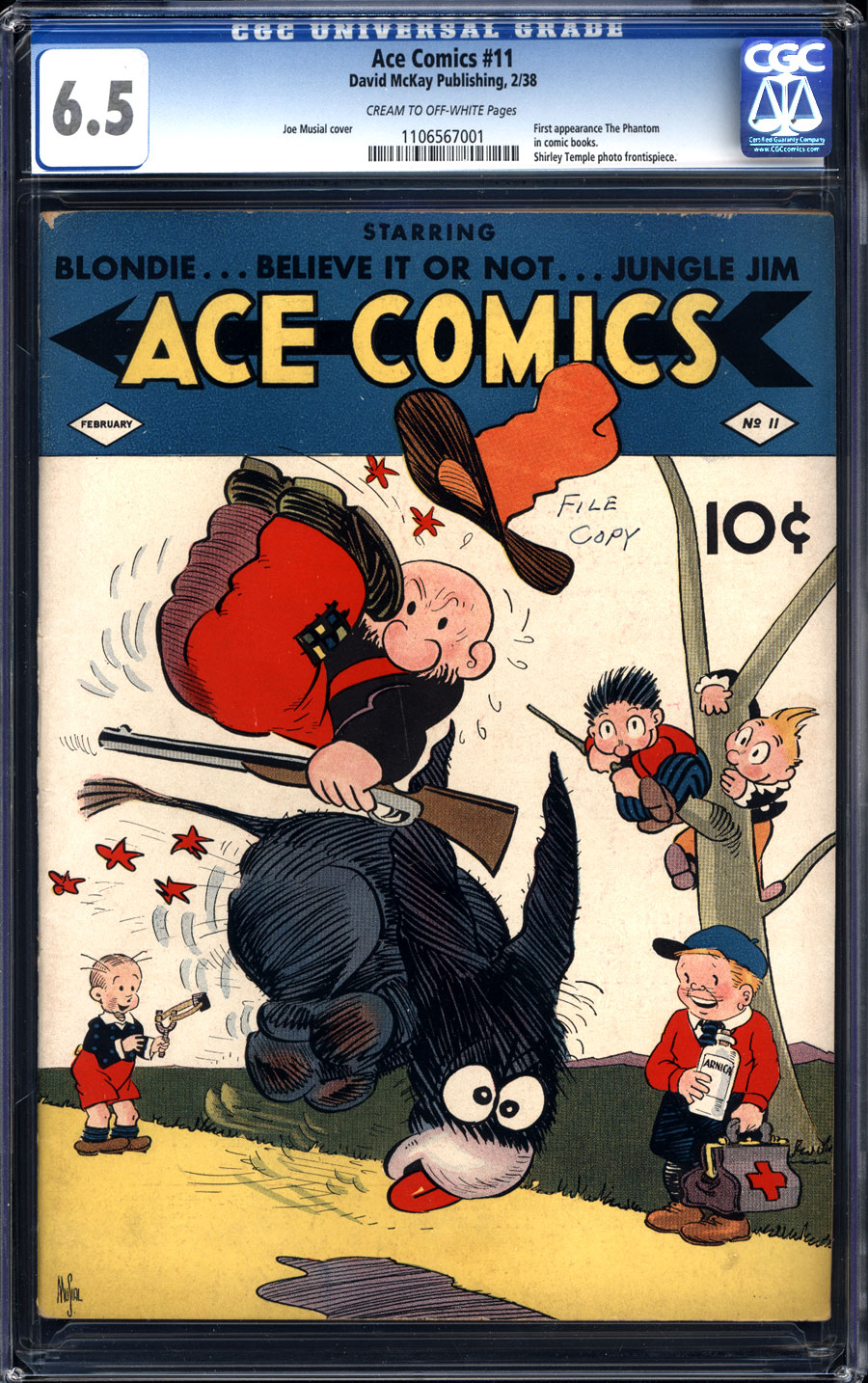 DESCRIPTION
Share This:
crm/ow pgs Library of Congress Copyright copy
rare; 1st "The Phantom" in comic booksWhat Superman is to America, the Phantom is to the rest of the world. Probably the first costumed superhero, predating the Man of Steel's debut by nearly two years, the Phantom was wildly popular throughout much of the 20th Century, especially in Europe and Australia, with a staggering daily readership of over a hundred million worldwide at his peak. Lee Falk's compelling and unforgettable creation was hugely influential on both hero strips and adventure comics, directly or indirectly inspiring everything from Batman and Zorro to Tin Tin and Indiana Jones, and has a massive cult following to this day. This historic first appearance of the Phantom in comic books is thus extremely historic, and marks possibly the first superhero appearance in a newsstand comic. Extremely scarce, existing in numbers so low they rival the scarcity of Marvel 1, Action 1, and Captain America 1, collectors never fail to leap at the painfully rare opportunity to buy this remarkable and important treasure. The very first appearance of The Ghost Who Walks: The Phantom. He precedes Superman and Batman as he was created in 1936 by Lee Falk. He is so popular down under that he is practically the Superman of Australia. Extremely popular and possibly the coolest character to wear an all purple costume! This is the 2nd highest graded copy known to exist and only the 2nd time in thirty years we have ever seen one (the other being a 1.5 Fair/Good)! Extremely rare, incredibly important and again a very cool purple costume. Start bidding now!