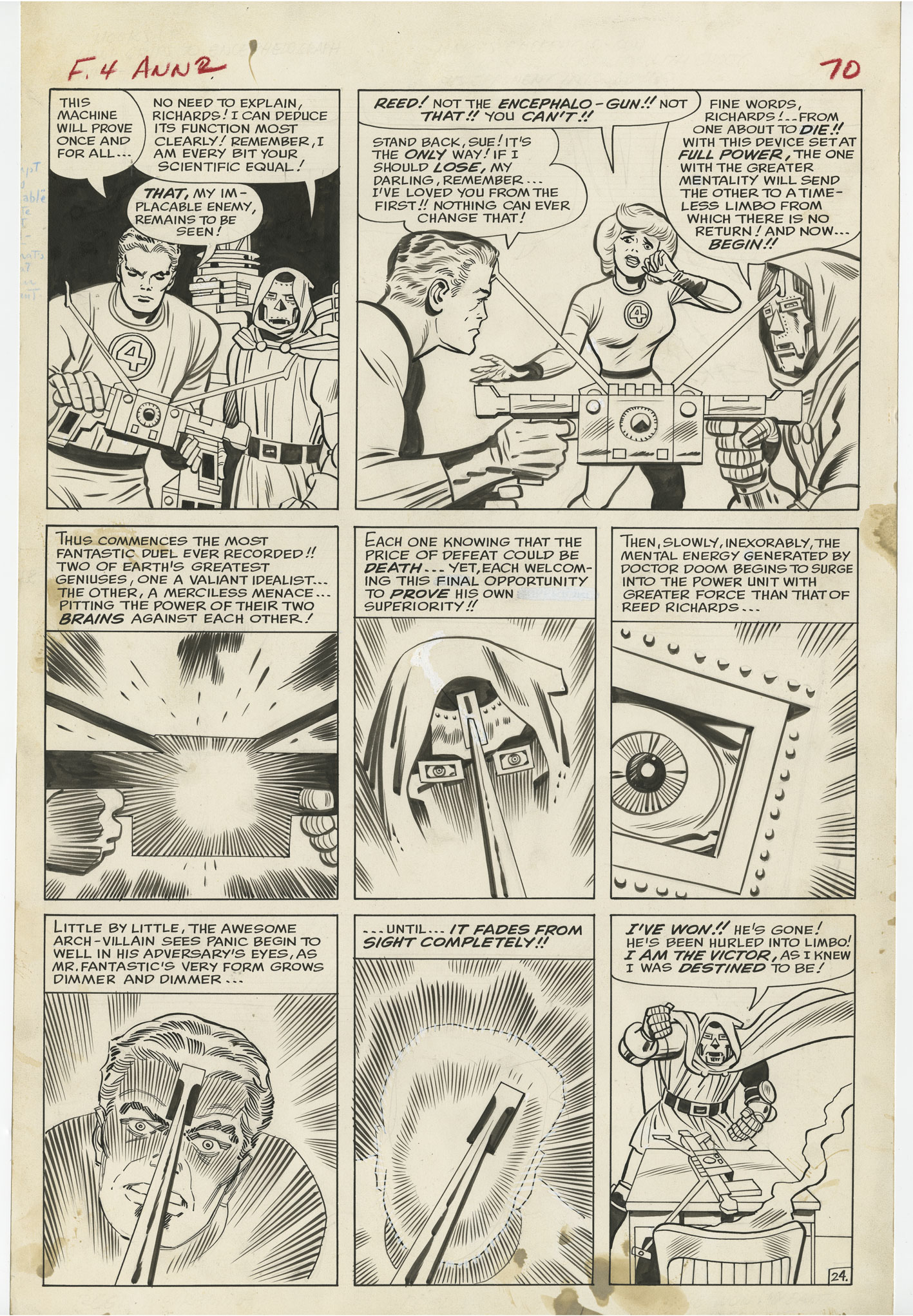 $15,500
Sold For
20
Bids
This auction has ended.
PUBLISHER: Marvel
COMMENTS: p 24 from "The Final Victory of Dr. Doom!" by Jack Kirby and Chic Stone.
Read Description ▼
Sell One Of These Inquire About This