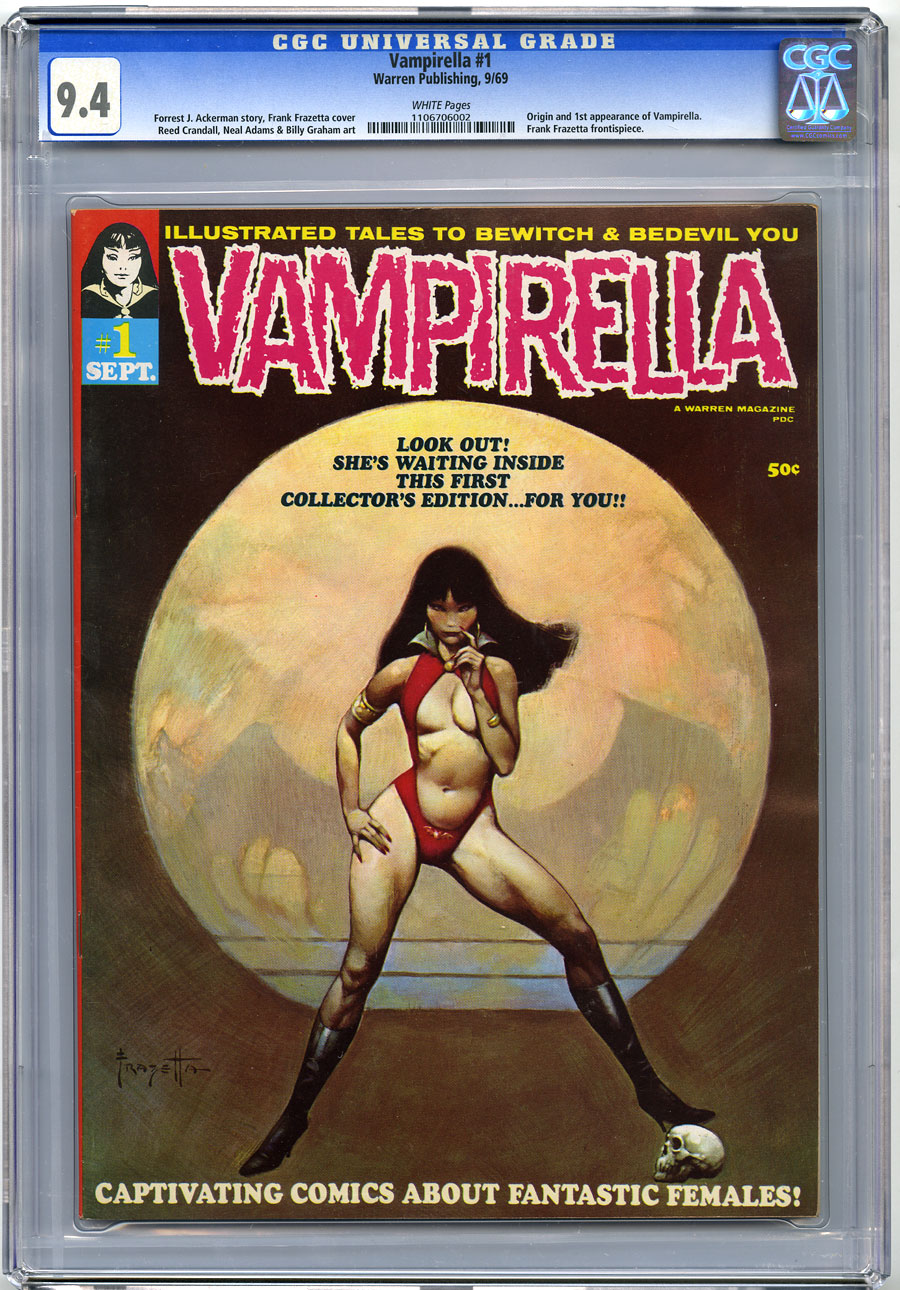 DESCRIPTION
Share This:
white pgs
Origin & 1st appearance of Vampirella; Frazetta cover; classic Crandall, Adams artIt may come as a shock to some that Vampirella’s trademark hairstyle and revealing outfit were designed by feminist activist and comic artist Trina Robbins, who collaborated with cult legend Forrest J Ackerman, on the vampiric vixen. Originally conceived as a female counterpart to Cousin Eerie and Uncle Creepy, the horror hosts of Warren’s other B&W scarefests, Vampirella would evolve into the star feature of her anthology magazine, and go on to assume a place of honor among the most popular female comic characters of all time. Vampirella has endured the past fifty years as a popular horror icon, as well as a cosplay fave. This premiere issue features an introduction to Vampy and her planet of Drakulon, where by a unique twist of fate, the rivers run red with blood, as that is what passes for water on her homeworld. After a spaceship crash lands on her planet she goes to investigate, where she finds that humans are filled with “water,” since Drakulon is experiencing a drought, she helps herself to a feast of blood aboard the craft. This issue also features work by Neal Adams, Reed Crandall and Ernie Colon, but the icing on the cake is the memorable Frank Frazetta cover painting, which was a last-minute replacement for the original design. A consistently popular and valuable book, this was the launching pad for one of comicdom’s most famous femmes fatale, one-part Betty Page, one-part Tura Satana, and a whole lot of bloody, adult fun for readers of a certain age, Vampirella #1 is a solid investment book.