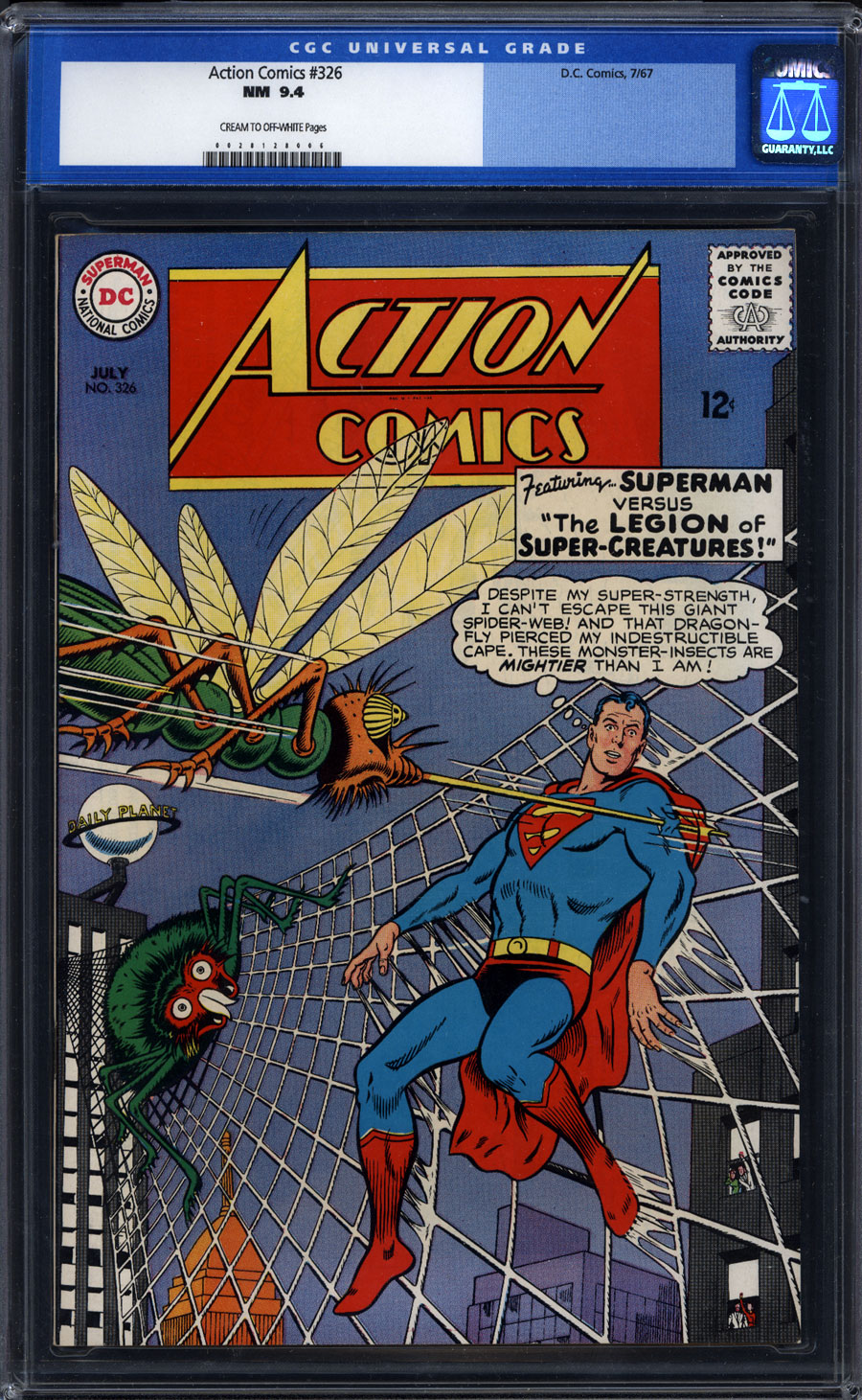 $255
Sold For
11
Bids
This auction has ended.
PUBLISHER: DC
COMMENTS: crm/ow pgs
giant insect cover (7/65)
Read Description ▼
Sell One Of These Inquire About This

Watch
crm/ow pgs
giant insect cover (7/65)Cover pencils by Curt Swan, inks by George Klein. "The Legion of Super-Creatures!", script by Otto Binder, pencils by Curt Swan, inks by George Klein; Giant super-powered insects invade Earth and Superman cannot stop them; He must discover their planet of origin to defeat them. Teen Titans ad. "The Secret of Supergirl's Suitor!", script by Jerry Siegel, art by Jim Mooney; When Linda meets Al Mintor, she falls instantly in love with him, even though she later learns that he is a thief. Batman and Robin ad. Rocky and Bullwinkle star in a one-page Cheerios ad.
Artists Information