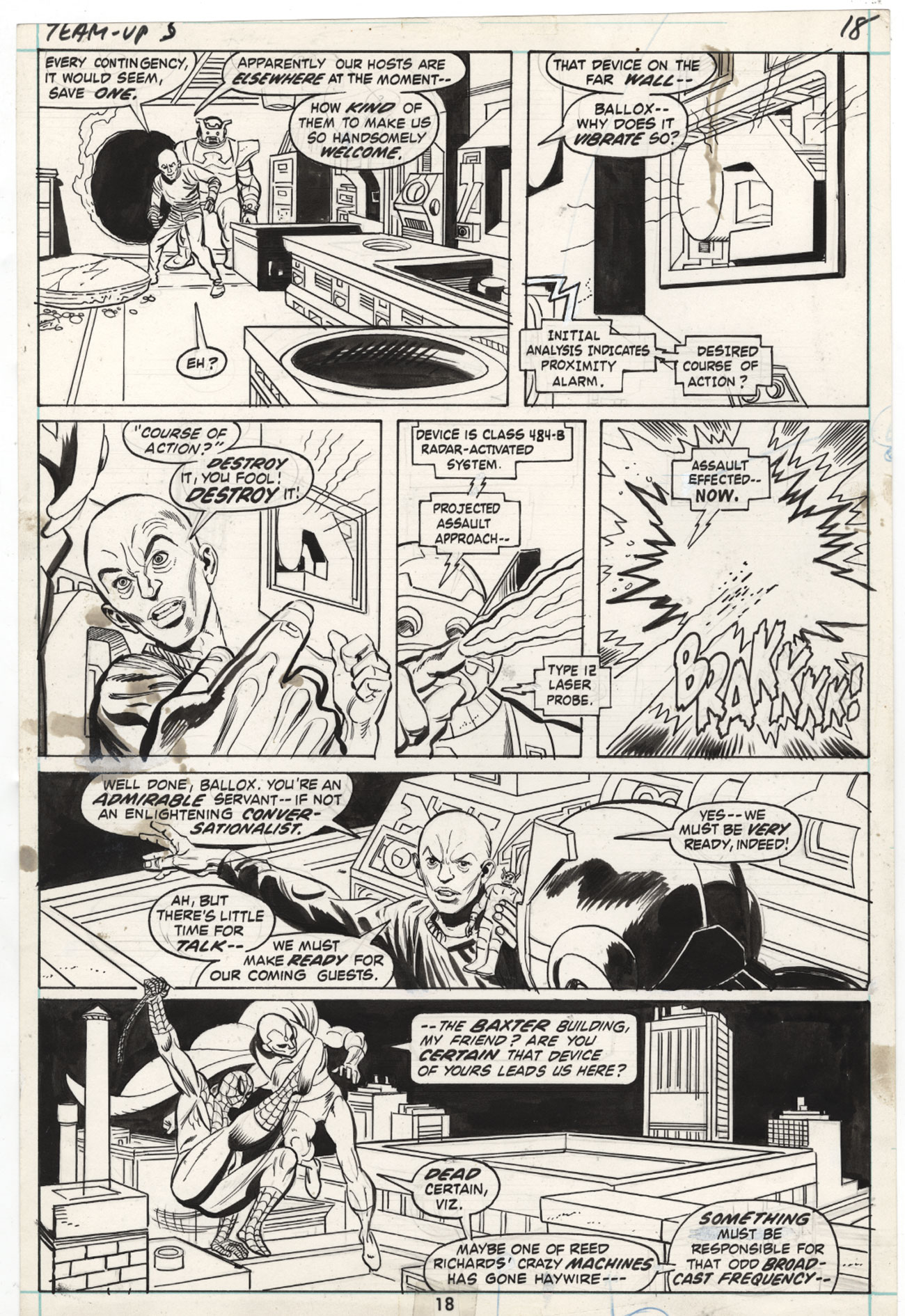 Watch
Pg. 18; Gil Kane pencils, Mike Esposito inks; 10.75" x 16"Marvel and DC both tried to scoop up extra newsstand sales and promote their expanding universes with team-up titles starring their A-list characters alongside new heroes or struggling franchises. In this instance, the Vision, a dependable anchor for the Avengers, but not quite solo material, was given the spotlight alongside Marvel's top draw, in an issue beautifully rendered by veteran penciller Gil Kane, with inks from the unstoppable Mike Esposito. After establishing the issue's threat, namely the Puppet Master getting his meaty paws on a Skrull scout, Kane brings us our hero pair in the final, exciting panel, with plenty of swinging action and a great view of the Vision's indelible costume. This is a wonderful example of Kane's clean, lean style, and perfectly burnished to Marvel Bronze-Age house style by the always-reliable Esposito.