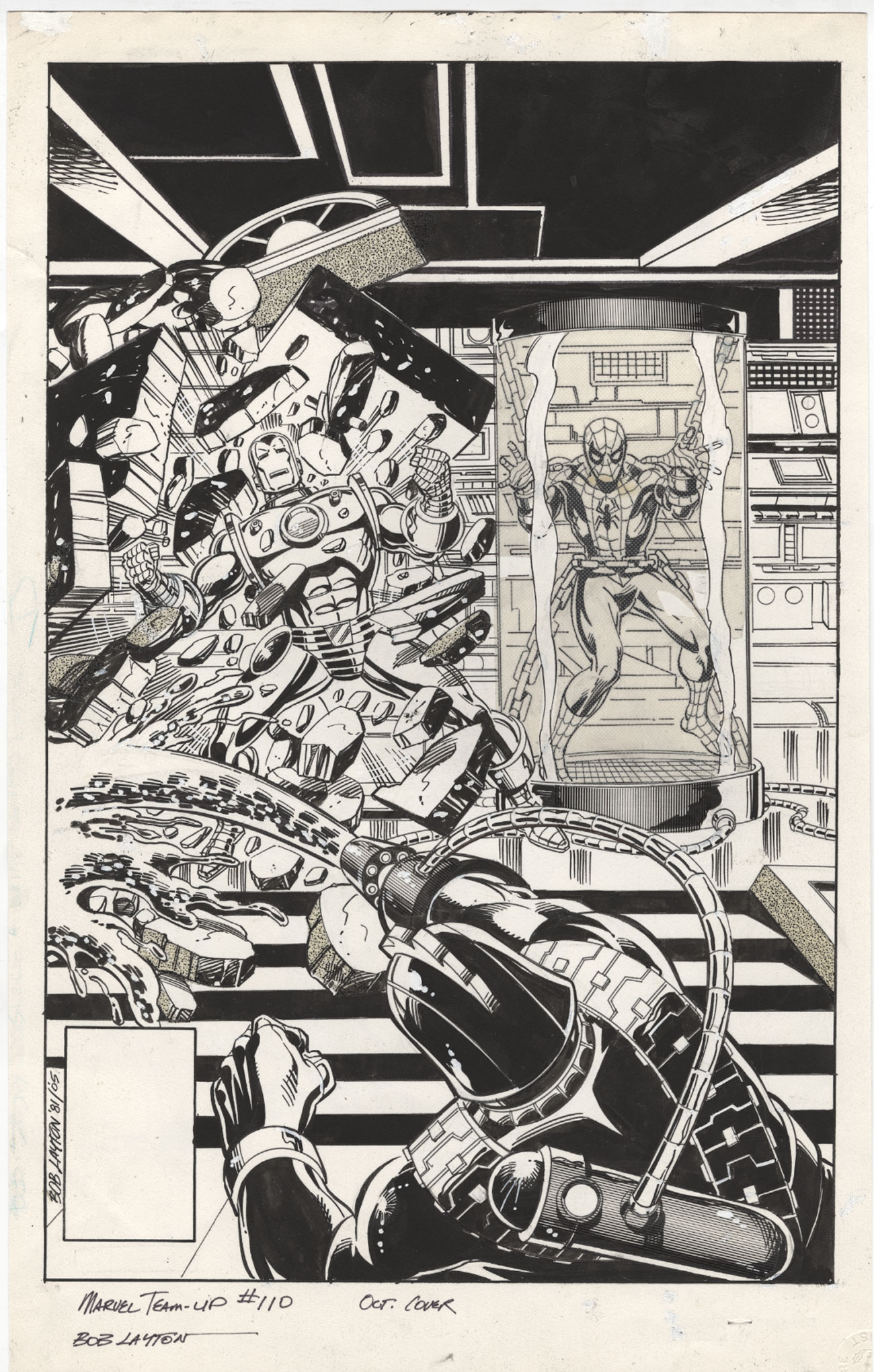 $1,643
Sold For
11
Bids
This auction has ended.
PUBLISHER: Marvel
COMMENTS: Unpublished Cvr; Bob Layton pencils 1981, inks 2005; signed; drawing of Iron Man and Spider-Man on back; 11" x 17"
Read Description ▼
Sell One Of These Inquire About This

Watch
Unpublished Cvr; Bob Layton pencils 1981, inks 2005; signed; drawing of Iron Man and Spider-Man on back; 11" x 17"There is no doubt, when one thinks of the Bronze Age, Bob Layton is the Iron Man artist. Layton learned from one of the best when he started off as Wally Wood's apprentice. His first regular work was inking The Champions after Marvel made him an offer he couldn't refuse. In 1978 he worked on Iron Man from issue 116-154 and then again in 1987 from 215-250. Iron Man covers by Layton cost a small fortune. Here is an opportunity to buy a cover of Iron Man by Layton for a fraction of the price. It is a fantastic image of Iron Man and you don't just get Shellhead, you also get Spider-Man. Wow! What a deal.

The cover was drawn in 1981, over 31 years ago, during the height of Layton's popularity on the Golden Avenger. After discovering the long forgotten gem in a flat file he finished the inks. Notice the mastered use of zipotone, a truly lost art do to the computer rendered way modern day covers are made now. The Invincible Iron Man is breaking free while Spidey is about to join him to face the malicious might of Magma. Personally I think this cover is better than the published one. This is action in the Mighty Marvel manner-just the way we love it!