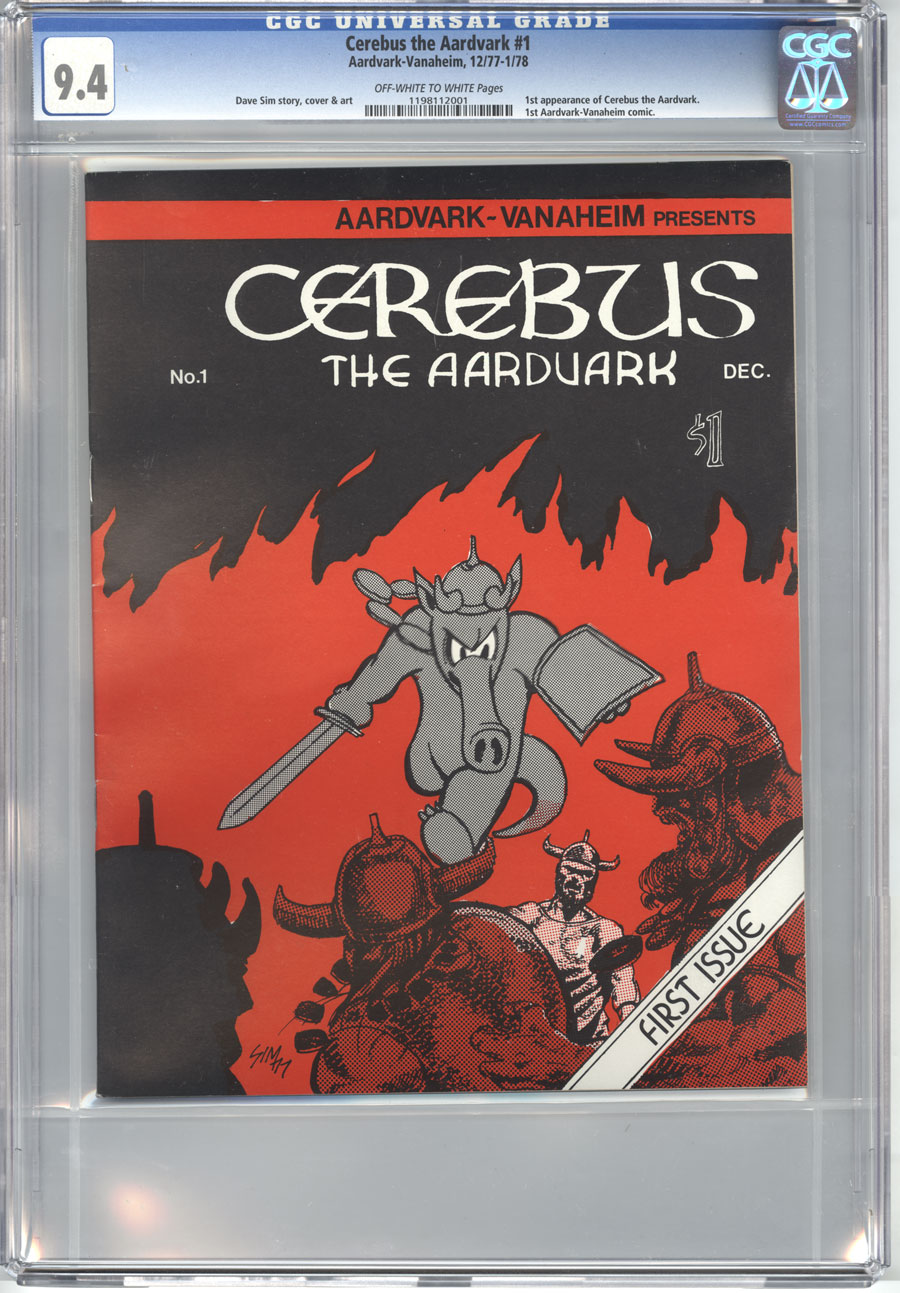 $9,000
Sold For
31
Bids
This auction has ended.
PUBLISHER: Aardvark/Vanaheim
COMMENTS: ow/white pgs; TIED FOR HIGHEST GRADED!!
1st appearance of Cerebus the Aardvark; 1st Aardvark-Vanaheim comic.
Highest Graded
Read Description ▼
Sell One Of These Inquire About This

Watch
ow/white pgs; TIED FOR HIGHEST GRADED!!
1st appearance of Cerebus the Aardvark; 1st Aardvark-Vanaheim comic.
Highest GradedWhen fans of comics and graphic novels reach for works to show doubting Thomases the dizzying heights which the art form can reach, one of the titles that invariably comes up is Dave Sim's extraordinary, mammoth work of fantasy, satire, and adventure. By turns endearing, enraging, hilarious, horrifying, and never less than brilliant, this idiosyncratic creation had its genesis in this humble, gritty debut issue, whose painfully small print run wasn't so much released as set loose, making original copies demand insane sums. Originally conceived as a cartoonish parody of Barry Windsor-Smith's then-recent Conan run, it eventually became one of comics' most singular and personal of visions, running for over a quarter of a century and comprising 300 gorgeous issues, all drawn and written by Sim, one of the art form's few acknowledged geniuses and an artist both revered and controversial in equal measure. This debut issue is one of the most important comics ever published.This copy is tied for highest-graded, making it, potentially, one of the two most valuable modern comics in existence. The other copy, a signature series autographed by Sim, sold for over $7,000 in 2011, making the value potential of this copy truly awe-inspiring. The likelihood of the other highest-graded copy coming to market any time soon is very low, so bidders would do well to pursue this copy aggressively, as it may be a once-in-a-generation opportunity to own a pristine piece of modern comics history.