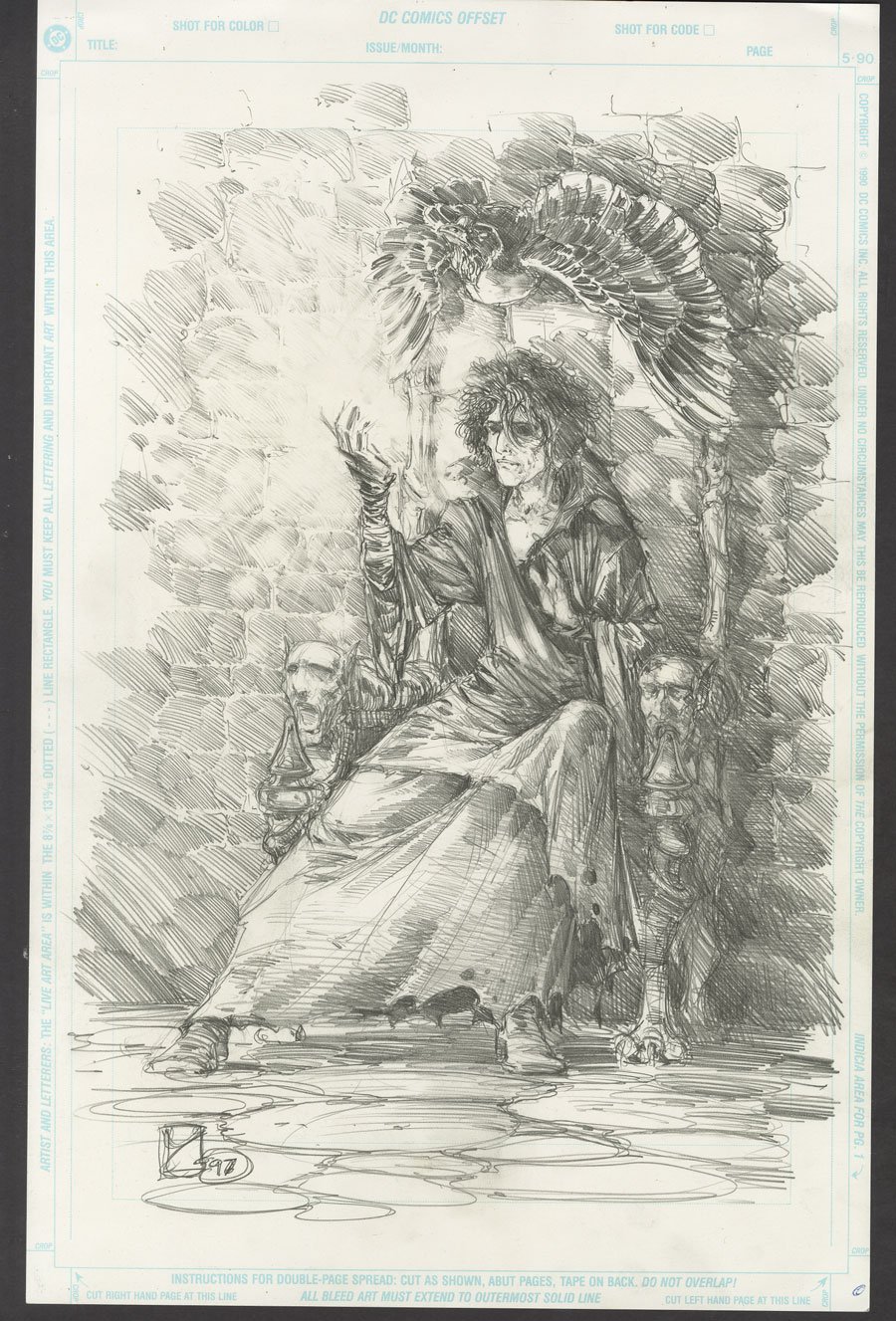 Auction Starts In
$1
Starting Bid
--
Bids
NEXT MIN. BID: $1
Bid Confirmation
You are about to submit a bid of . If you win this auction, you are legally obligated to purchase the book. Are you sure you want to continue?
Don't Show Again (except when higher than min. bid)
(No Reserve)
PUBLISHER: Vertigo
COMMENTS: Michael Zulli pencils; character design for the Sandman Bookends; 1997; 2 pieces; image size approx. 10.5" x 15" each
Read Description ▼
Sell One Of These Inquire About This

Watch
Michael Zulli pencils; character design for the Sandman Bookends; 1997; 2 pieces; image size approx. 10.5" x 15" eachExquisitely detailed pencil portraits of Neil Gaiman's Morpheus and Daniel, created as designs for the DC/Vertigo set of Sandman bookends. Created by series artist Michael Zulli, using the same pencil technique he applied to The Wake storyline in the comic. A rarely seen set of artwork used in the production of the highly desirable collectible based on the perennial fan favorite series. Pencil on paper. art is in excellent condition. Signed and dated by Zulli in each piece.

Michael Zulli is an American comic book artist and illustrator, most well known for drawing The Wake, the final arc of Neil Gaiman's Sandman. Zulli began his career with the ambitious Puma Blues for Dave Sim's Aardvark One International and later Mirage Publishing, he would also create a memorable 3 issue arc of the Teenage Mutant Ninja Turtles and an infamous, unpublished issue of DC's Swamp Thing in which Swampy was to meet Jesus Christ, this controversy led to Rick Veitch's quitting the series. Zulli would also go on to illustrate many books, notably Neil Gaiman's Alice Cooper: The Last Temptation of Alice, Gaiman's never completed Sweeny Todd series and several titles at DC's Vertigo imprint, including Witchcraft: La Terreur, Sandman Presents: Love Street and Seekers into Mystery. His magnum opus The Fracture of the Universal Boy was published in 2011.