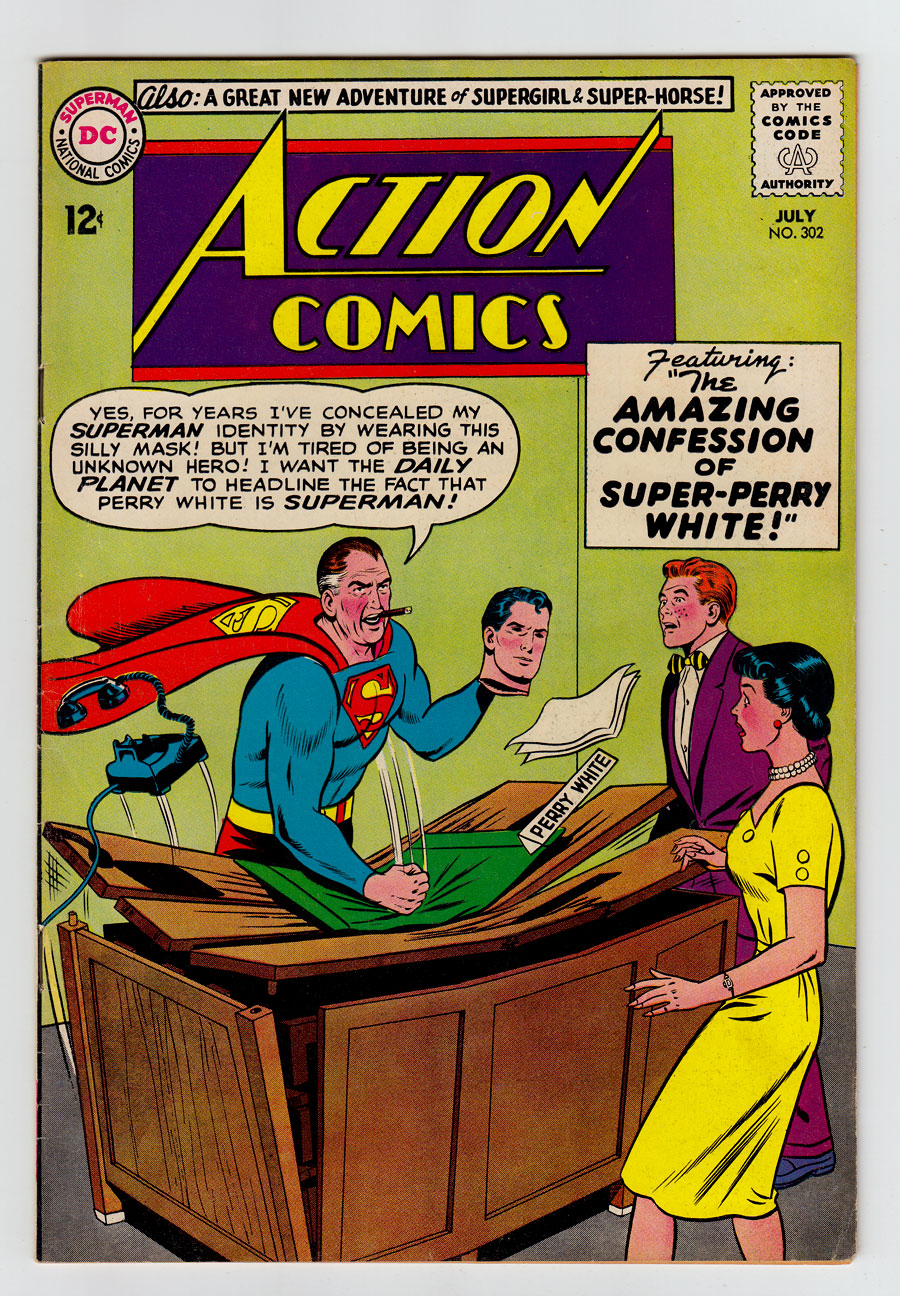 $20.00
Highest Offer
5
Offers
Offer Confirmation
You are about to submit an offer of . If accepted, you are legally obligated to purchase the book. Are you sure you want to continue?
Buy Confirmation
You are about to buy this item for , and will be legally obligated under the terms of our User Agreement to pay for it in a timely fashion. Continue?
PUBLISHER: DC
COMMENTS: ow pgs
Comet the Super-Horse app.
Charleston copy
Read Description ▼
Sell One Of These Inquire About This

Watch
ow pgs
Comet the Super-Horse app.
Charleston copyCover pencils by Curt Swan, inks by Sheldon Moldoff. "The Amazing Confession of Perry White," art by Al Plastino; To protect Perry White from criminals who are trying to kill him, Superman pretends to be Perry, but things get complicated when Lois learns his "secret identity" and publishes the story, and when Perry gets impatient and starts to pretend that he's Superman. Celebrate the Silver Anniversary of Superman ad. "The Day Super-Horse Went Wild!", script by Leo Dorfman, art by Jim Mooney; After Supergirl and Comet save Lori Lemaris and Jerro from Vostar, an Atlantean criminal scientist, he plots revenge by telepathically commanding Comet to go on a destructive spree through time and space.
Artists Information