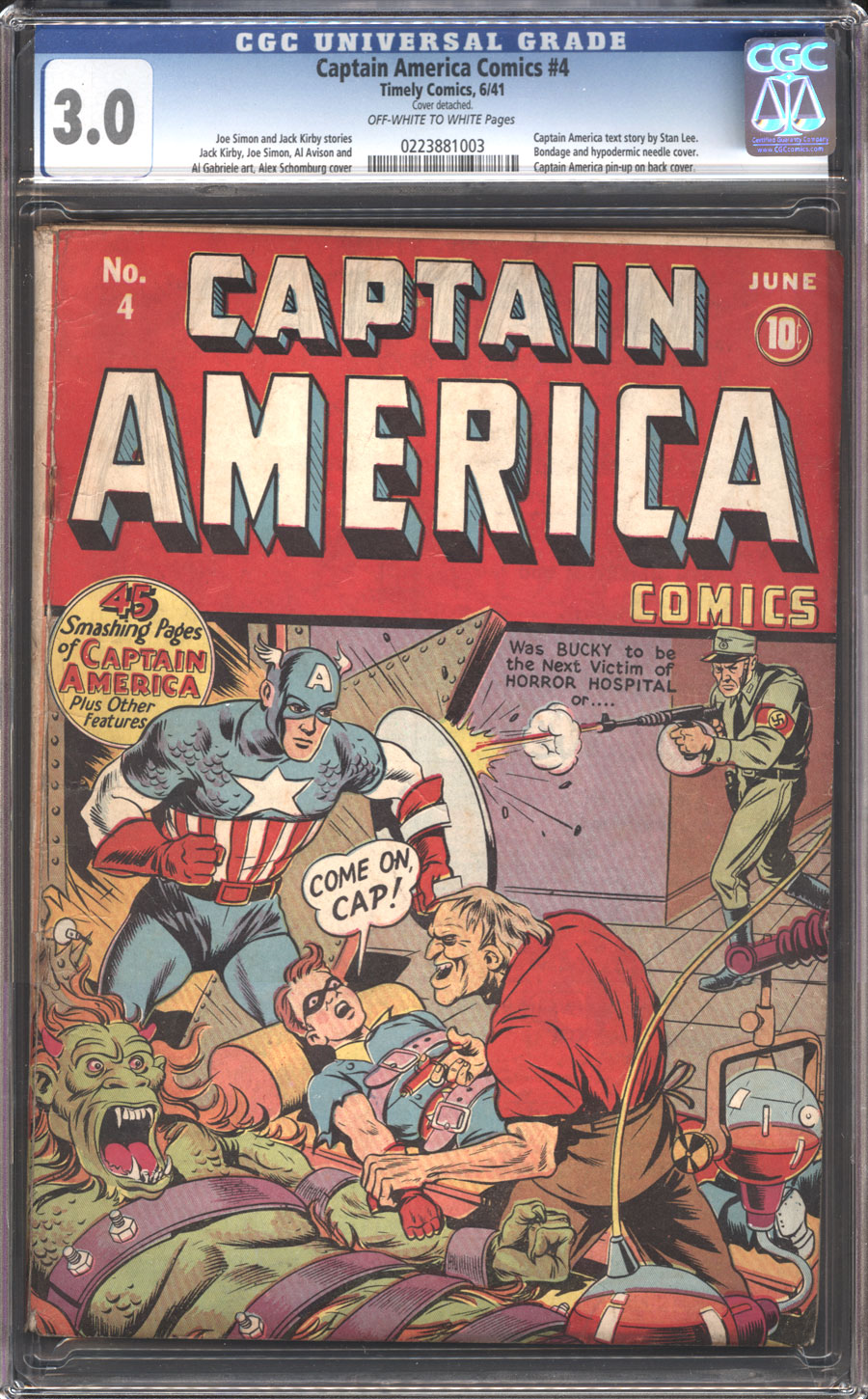 Watch
ow/white pgs, cvr dtch
Schomburg hypodermic needle/bondage cvr; Simon and Kirby art; Stan Lee Cap text storyToday Alex Schomburg is revered as one of the top artists of the Golden Age thanks to his incredibly dense, action-packed covers that oftentimes ignored many of the basic rules of illustration. As he was honing his now-legendary skills, he created some great covers for Captain America Comics such as this one, a classic Bucky-in-bondage/Nazi/Monster design. Inside the book are four Captain America adventures, "The Unholy Legion" which concerns Nazis disguised as homeless beggars, "Ivan the Terrible" where Bucky and Cap do battle with the historical figure, "The Case of the Fake Money Friends", and "Horror Hospital" which is the inspriation for this delightful cover.
Artists Information