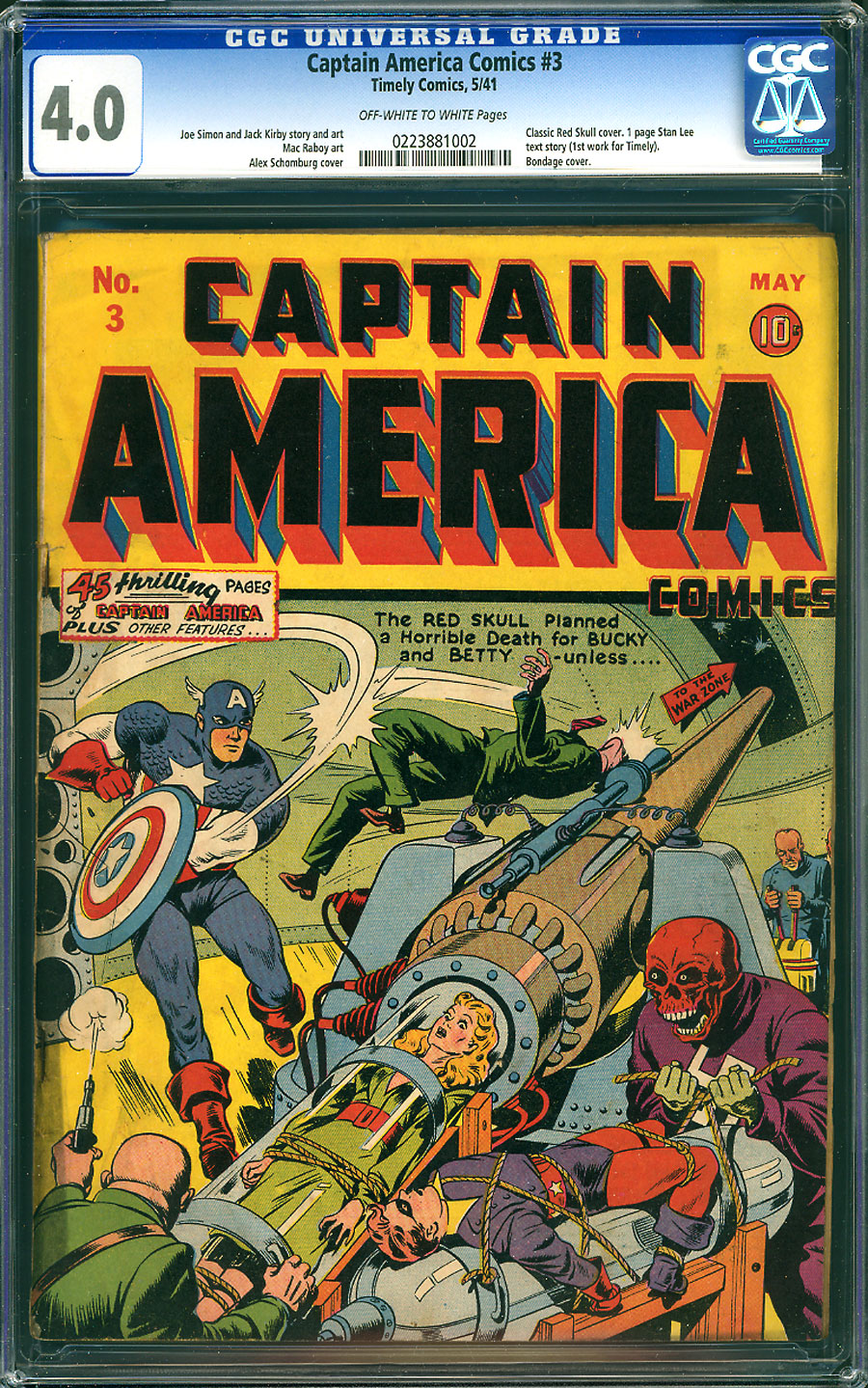 Watch
ow/white pgs
Alex Schomburg cvr; Red Skull 1st cvr app, Stan Lee 1st published at Marvel (Timely)Published in May 1941, this third appearance of the popular Marvel character, Captain America, is of particular significance because it contains the very first published work by Stan Lee. "Stan the Man" made his foray into the comics world by scripting a text story here entitled "Captain America Foils the Traitor's Revenge." In addition to the first cover appearance of Cap's arch villain the Red Skull, the story unfolds with a twist, including the first time Captain America uses his signature "shield-toss," in which he employs his shield as a weapon, rather than just as a defensive object.
Artists Information