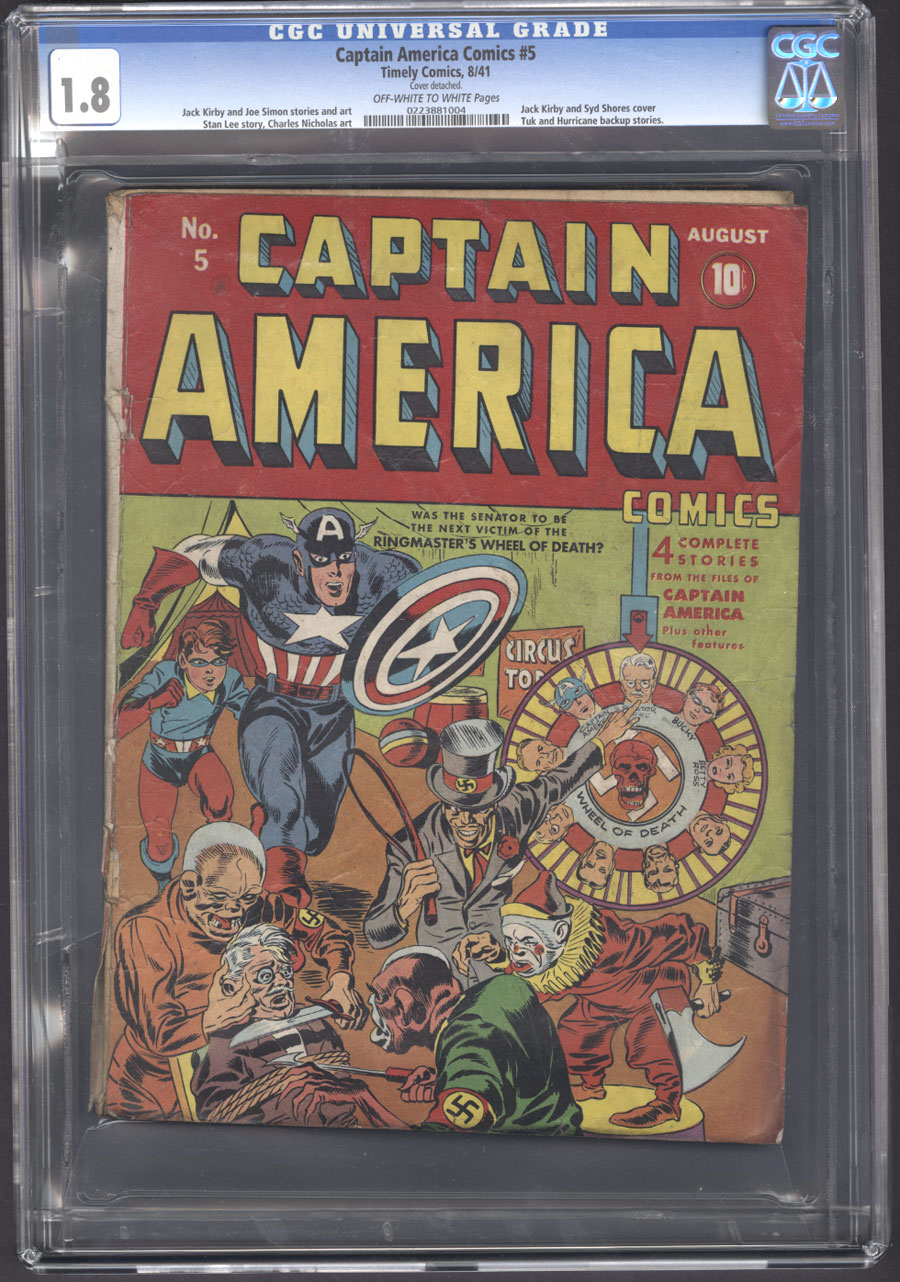 Watch
ow/white pgs, cvr dtch
WWII Kirby circus Nazi bondage cover (whew); 1st Stan Lee comic book storyThe story featured on the cover of Captain America Comics #5 is "The Ringmaster of Death", and with such a crazy concept to play with, a young Jack Kirby did not hold back. The circus mayhem that takes place in this tale is perfectly encapsulated in this cover, Kirby teaming with Syd Shores to provide another knockout of a wartime classic. The Golden Age was a grand old time indeed, unfettered by episodic storylines, basically anything could be the inspiration for a story, why in this issue alone there is a Pacific theater submarine story, a tale of an American Bund, which puts pressure on German citizens to join the Nazi cause, and a basic caper yarn, along with all the big top action.
Artists Information