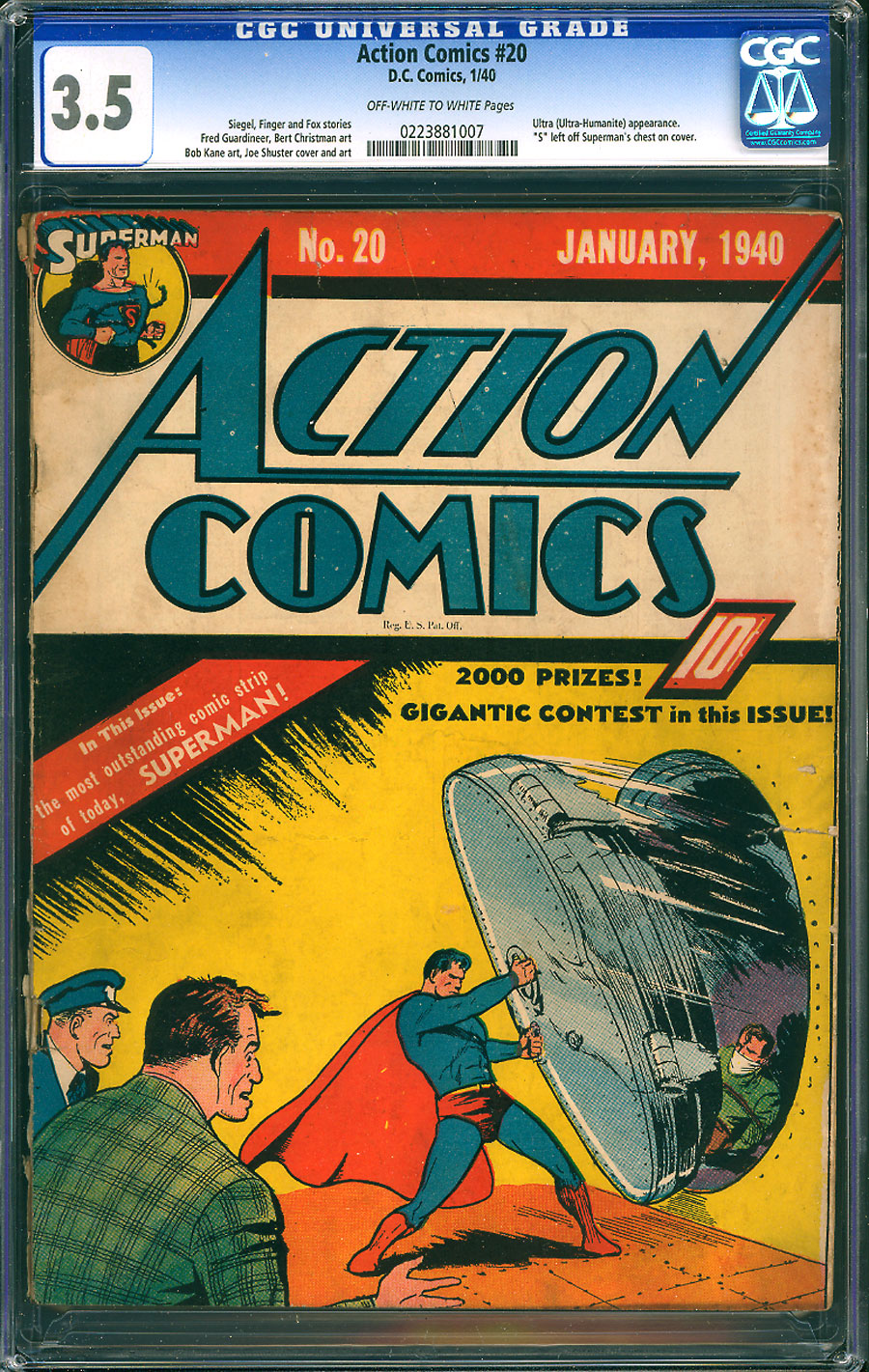 $2,099
Sold For
26
Bids
This auction has ended.
PUBLISHER: DC
COMMENTS: ow/white pgs
Superman without S on chest cvr
Read Description ▼
Sell One Of These Inquire About This

Watch
ow/white pgs
Superman without S on chest cvrThe iconic image of Superman tearing a bank vault's door off was showcased here and later immortalized by Henry Cavill in the movie Man of Steel. It is not difficult to see why this issue has become one of the most sought after of the early Action Comics. The image of Superman performing a feat of otherworldly strength in front of a group of amazed bystanders is very reminiscent of the cover of Action Comics #1. Simon and Shuster's character touched something at the very core of Americans who were seeking a hero to help lift them out of the grim reality of the Great Depression. In what is a rarity for any Golden Age Superman cover, Big Blue's "S" symbol is not emblazoned upon his chest.
Artists Information