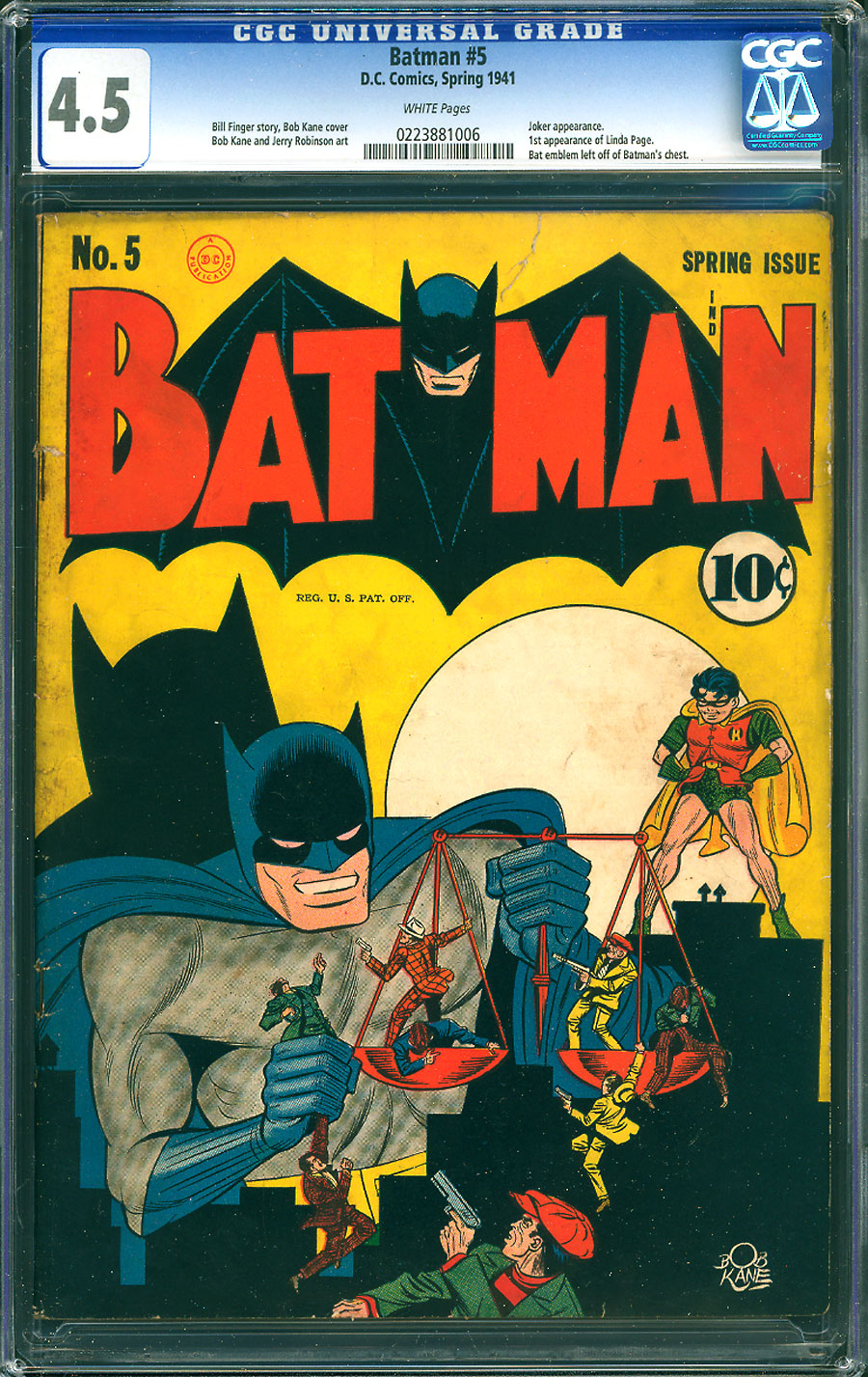 Watch
white pgs
classic Bob Kane Scales of Justice cvr; 1st Bathead Batmobile; Joker app.A classic cover, which captures both the gritty, streetwise drama of Batman's early years, and the light, deft touch the series began to exhibit with the success of new sidekick Robin. This issue also boasts the first appearance of the iconic bathead Batmobile, adding one of the final touches to the early Batman mythos and creating a stylistic touch that carries over to this day.