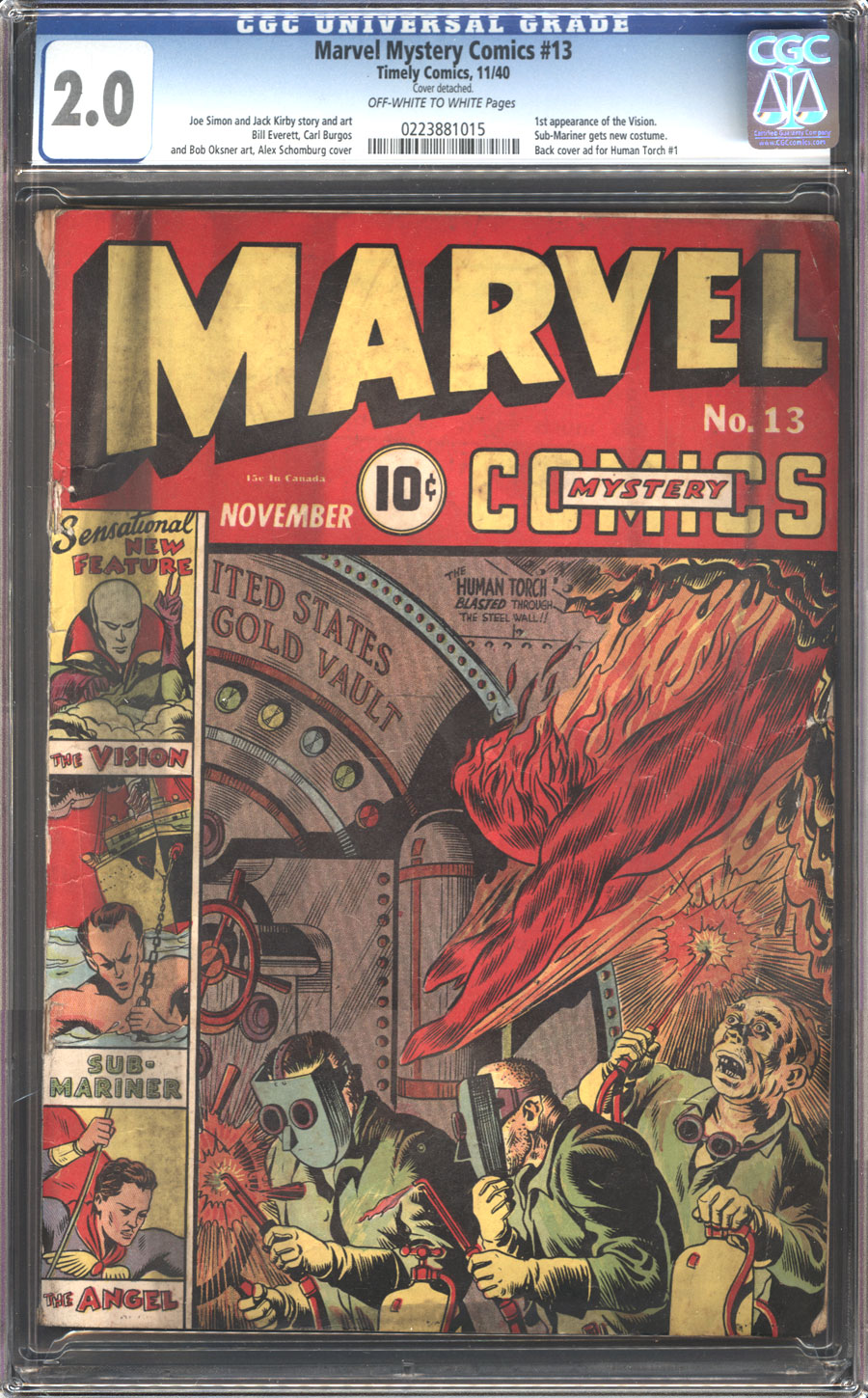 $623
Sold For
17
Bids
This auction has ended.
PUBLISHER: Timely
COMMENTS: ow/white pgs, cvr dtch
classic Schomburg Human Torch cvr; 1st app. of the Vision by Simon & Kirby
Read Description ▼
Sell One Of These Inquire About This