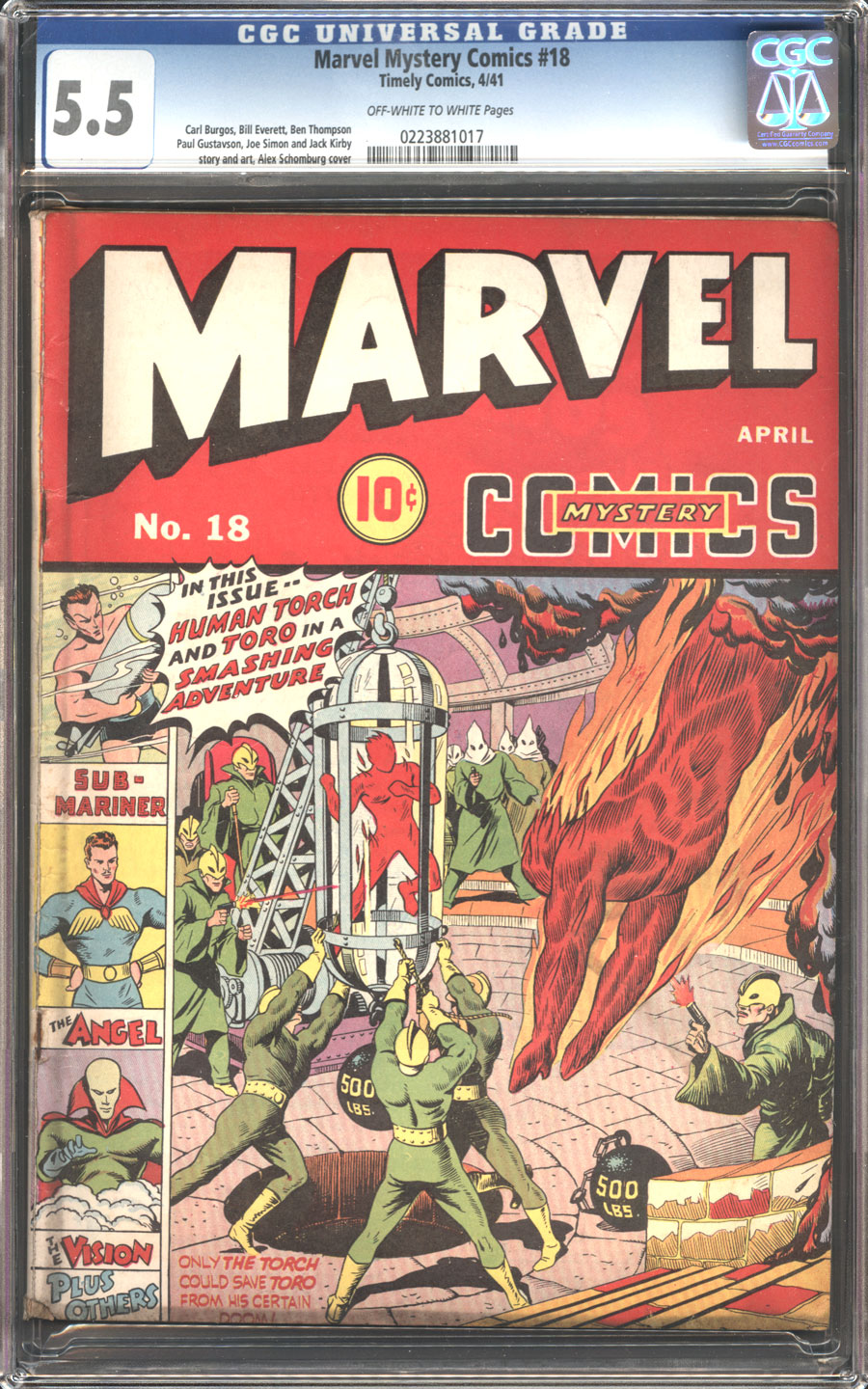 $780
Sold For
16
Bids
This auction has ended.
PUBLISHER: Timely
COMMENTS: ow/white pgs
Alex Schomburg Human Torch cover; Simon and Kirby story/art (4/41)
Read Description ▼
Sell One Of These Inquire About This

Watch
ow/white pgs
Alex Schomburg Human Torch cover; Simon and Kirby story/art (4/41)Timely artist and cover mayhem master Alex Schomburg truly outdid himself with this amazing WW II cover showcasing the Torch's sidekick Toro about to be dropped to his doom by a bunch of hooded Nazis. Will the Torch make it there in time to save the day!?! This comic also features a full page ad for Sub-Mariner Comics 1.
Artists Information