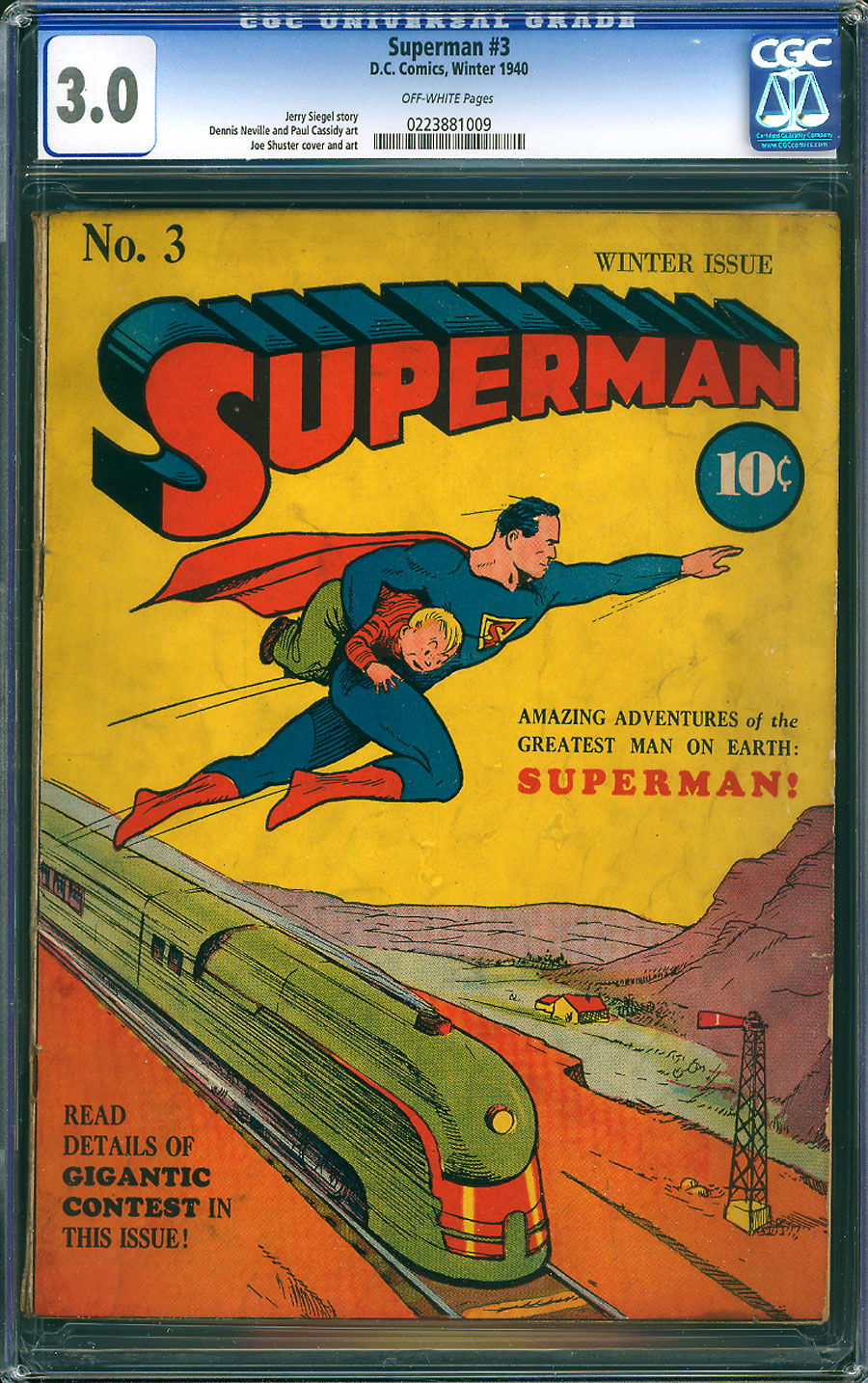 $2,061
Sold For
27
Bids
This auction has ended.
PUBLISHER: DC
COMMENTS: off white pgs
Joe Shuster train cover/art (Winter 1940)
Read Description ▼
Sell One Of These Inquire About This

Watch
off white pgs
Joe Shuster train cover/art (Winter 1940)The cover for Superman #3, one of the iconic comic train covers, presents one of the most famous images of Superman from his early days. Drawn by Joe Shuster, with the stories inside written by partner Jerry Siegel. This is a sought-after issue for fans of powerful locomotives (alongside Action #13). The frontispiece features the Man of Steel mid-leap with a small child cradled safely in his arm. The stunned look on the kid's face and his gaping eyes say it all as they fly over a train that's traveling at breakneck speeds.