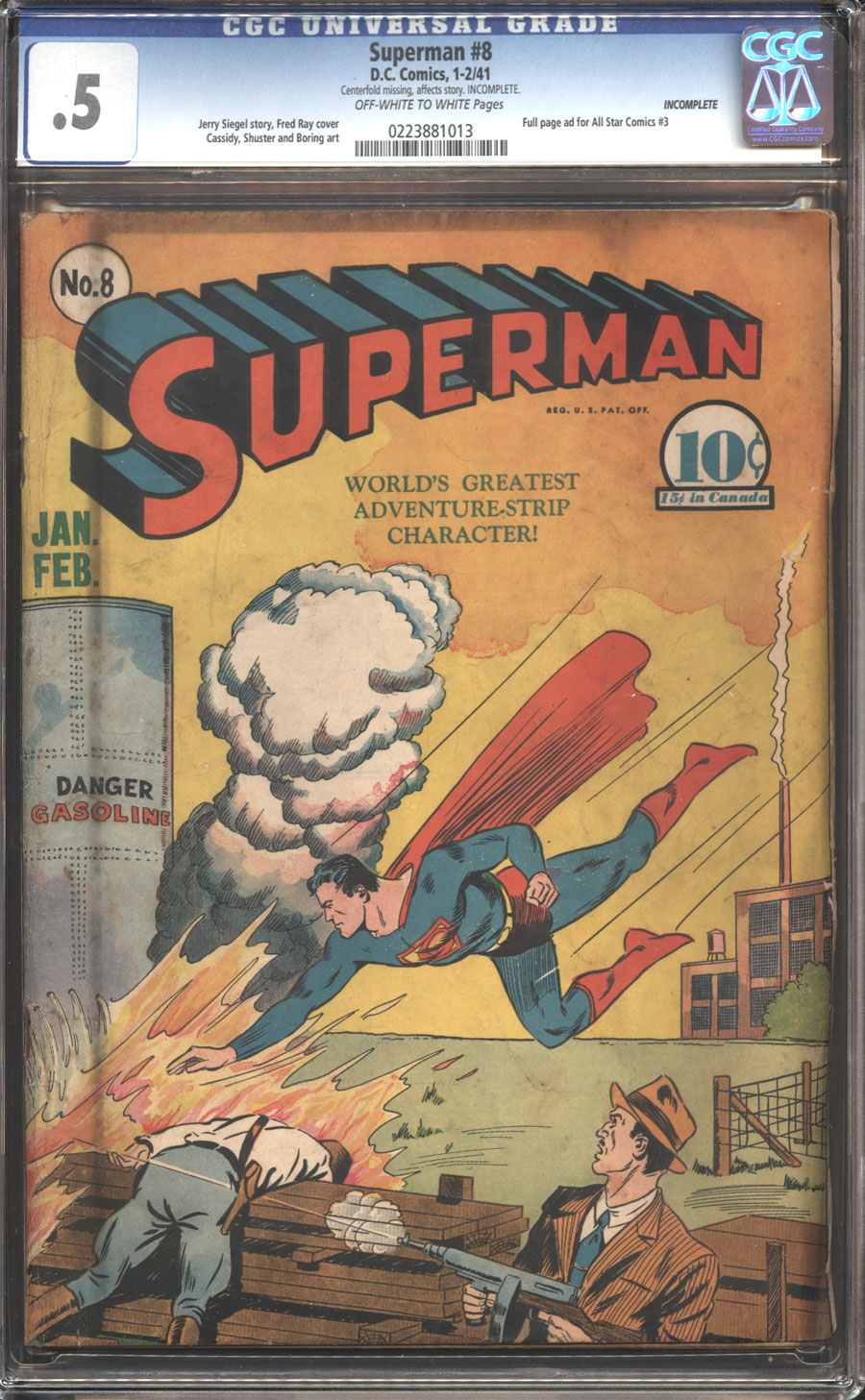 $120
Sold For
24
Bids
This auction has ended.
PUBLISHER: DC
COMMENTS: ow/white pgs, cntfld mssng, affects story, incplt
full pg ad for All Star Comics #3
Read Description ▼
Sell One Of These Inquire About This

Watch
ow/white pgs, cntfld mssng, affects story, incplt
full pg ad for All Star Comics #3Fred Ray's aggressive and muscular dynamism is shown to great effect on this exciting cover. The first twenty or so issues of Superman boast some of the most iconic and recognizable hero imagery of the Golden Age, and are perenially popular with collectors.
Artists Information