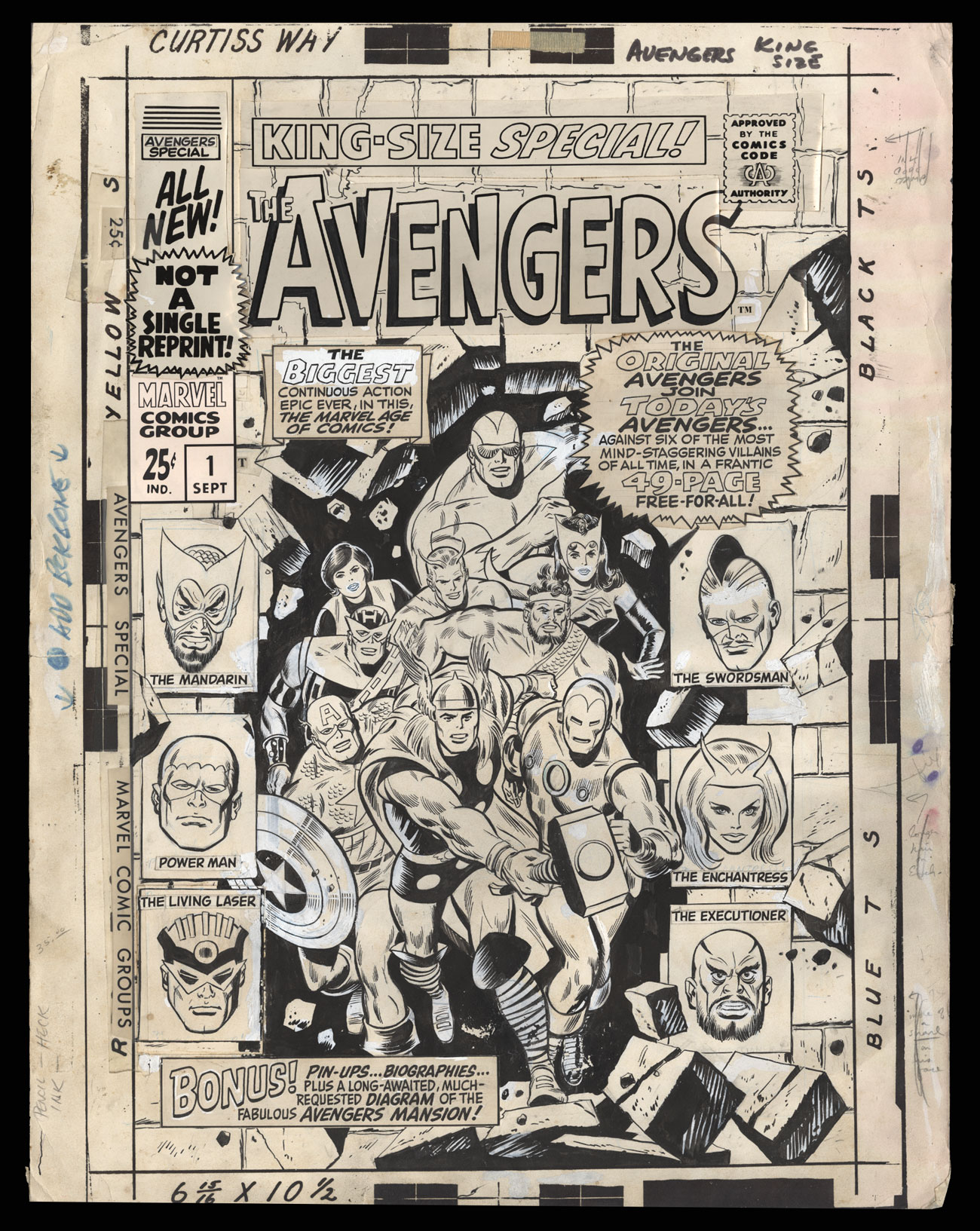 $58,754
Sold For
73
Bids
This auction has ended.
PUBLISHER: Marvel
COMMENTS: Don Heck pencils with assists from John Buscema and John Romita, George Roussos inks; 17" x 21"
Read Description ▼
Sell One Of These Inquire About This

Watch
Don Heck pencils with assists from John Buscema and John Romita, George Roussos inks; 17" x 21"Even into the late Silver Age, comic publishers looked upon original art as strictly property. Terrified that competitors would snag their valuable content and republish their art and story, original pages and covers were sliced, trashed, burnt, and torn apart with frightening and depressing regularity, making art from the pre-1970s period extremely rare and coveted by comic art collectors. This art has only been offered for sale once before, nearly two decades ago, and has been in private hands ever since, prompting this rapid-fire, last-minute addendum. How could we not stop the presses to include this fantastic find? Drafted during the fertile period when Marvel had ascended to alpha dog in the endless tug-of-war between the Big Two comic publishers, this mindblowing classic boasts a veritable smorgasbord of Avengers, expertly rendered by legendary draftsman Don Heck, whose distinctive and versatile style kept him in demand from the pre-code horror period through the Marvel Age and finally Bronze and Copper DC classics. Here, he is ably assisted by Marvel Bullpen giants John Buscema and John Romita, making this amazing piece a sterling example of 1960s Marvel mania. NOTE: Only the logo and price info are stats -- all the heads on the sides are original art!!


If you are a new customer planning to make a first-time purchase over $25,000, please contact us at 212.895.3999 or support@comicconnect.com so that we may approve your account for bidding. (This policy was instituted to protect consignors and bidders against bids from fraudulent accounts, and to ensure the integrity of the bidding process.).