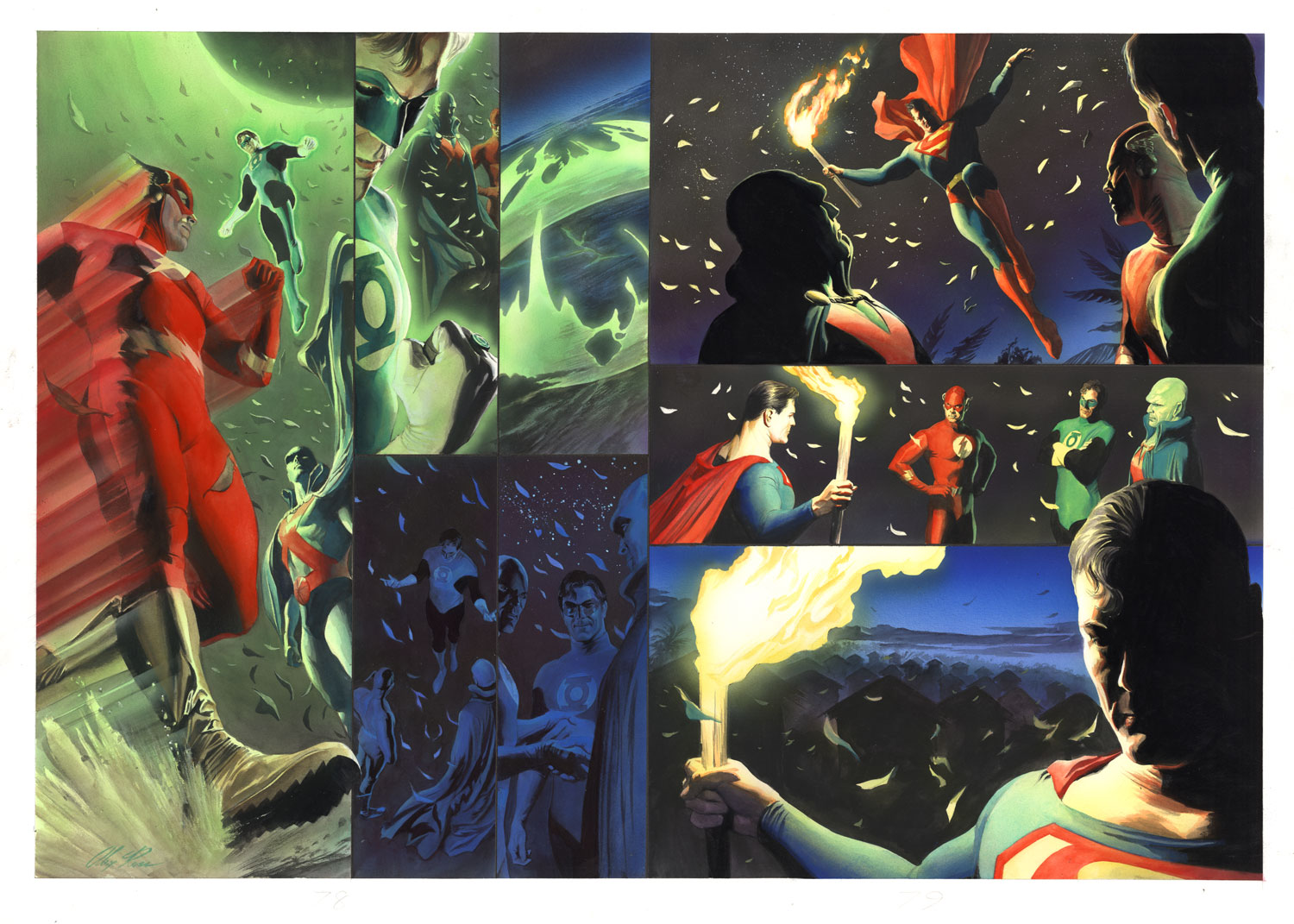 Watch
Pg. 78-79; Alex Ross pencils, inks, paints and signed; 19.25" x 27"; 2003; comes with original graphic novel in VF conditionIf pressed to name the most influential comic-book-cover artist of the past twenty years, you'd be wise to consider Alex Ross. His photorealistic yet surreal, dramatic paints have redefined the look and feel of modern hero books like no one since Neal Adams. Ross' hugely influential watercolors for mid-90s landmarks Kingdom Come and Marvels transformed the musty, aging icons of the Big Two into vibrant, historic figures of reverence and wonder. The then fading morale of the comic book business was recharged after the early 90s industry implosion. With his Rockwell-like eye for lighting and composition and Kirby-esque sense of scale and drama, Ross continues to startle and impress art critics and hero fans alike, his work commanding top dollar over and over again. This double page spread from the JLA : Liberty and Justice miniseries handily shows Ross' fluency with the classic Silver Age DCU cast, and displays his amazing ability to make the larger-than-life superheroes of the Justice League both relatable and iconic all at once. The final panels show off his incredible gift for rendering light and substance with the most delicate of touches. One of the truly great illustrators of the turn of the century, Alex Ross never fails to move the viewer, and this extraordinary piece is sure to impress comic art fans deeply.