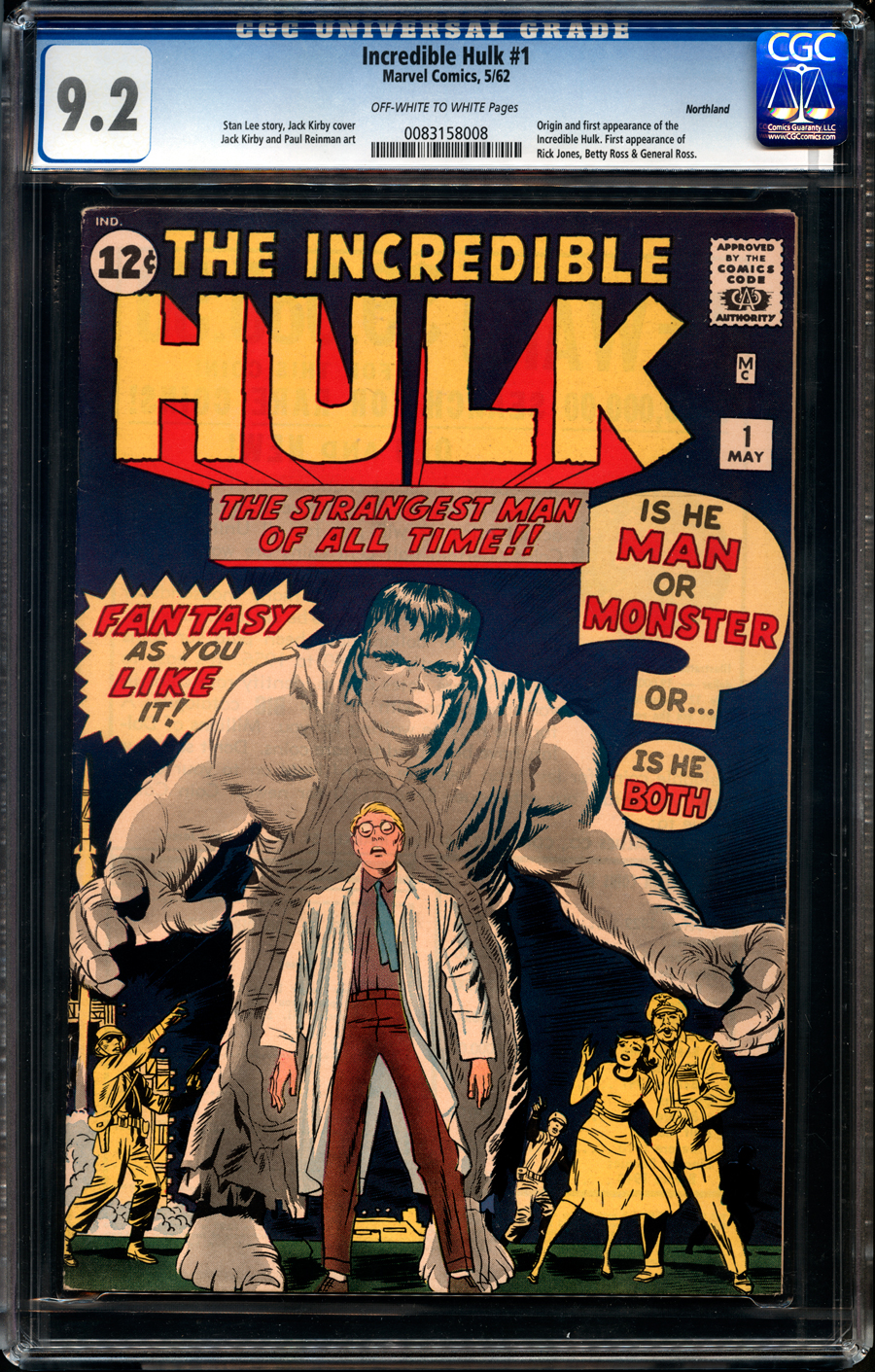 Watch
ow/white pgs
Kirby cover/art; origin & 1st app. Hulk, Rick Jones, Betty Ross, & General Ross
Northland CopyInspired by Jekyll & Hyde and the Jewish myth of the Golem, Stan Lee and Jack Kirby kept their Silver Age hot streak running with the big and brutal Hulk. This issue preys on Cold War fears of nuclear annihilation and the average boy's body discomfort to create one of the most haunting and affecting of hero origins. Initially colored grey in his premiere appearance, the character was quickly reworked into a big green beast when the primitive four-color printing process mangled the grey color scheme throughout the book, altering the Goliath's hue from page to page. The famous cover image still resonates with fans to this day.

This book is commonly known to be difficult to find in a high-rated copy, and this beautiful, practically-unblemished discovery from the Northland pedigree is sure to draw intense interest from serious buyers of Silver Age keys and rabid fans of the Hulk, we expect this book to "Smash!" expectations come auction time, get in on the fun of a top-tier investment!