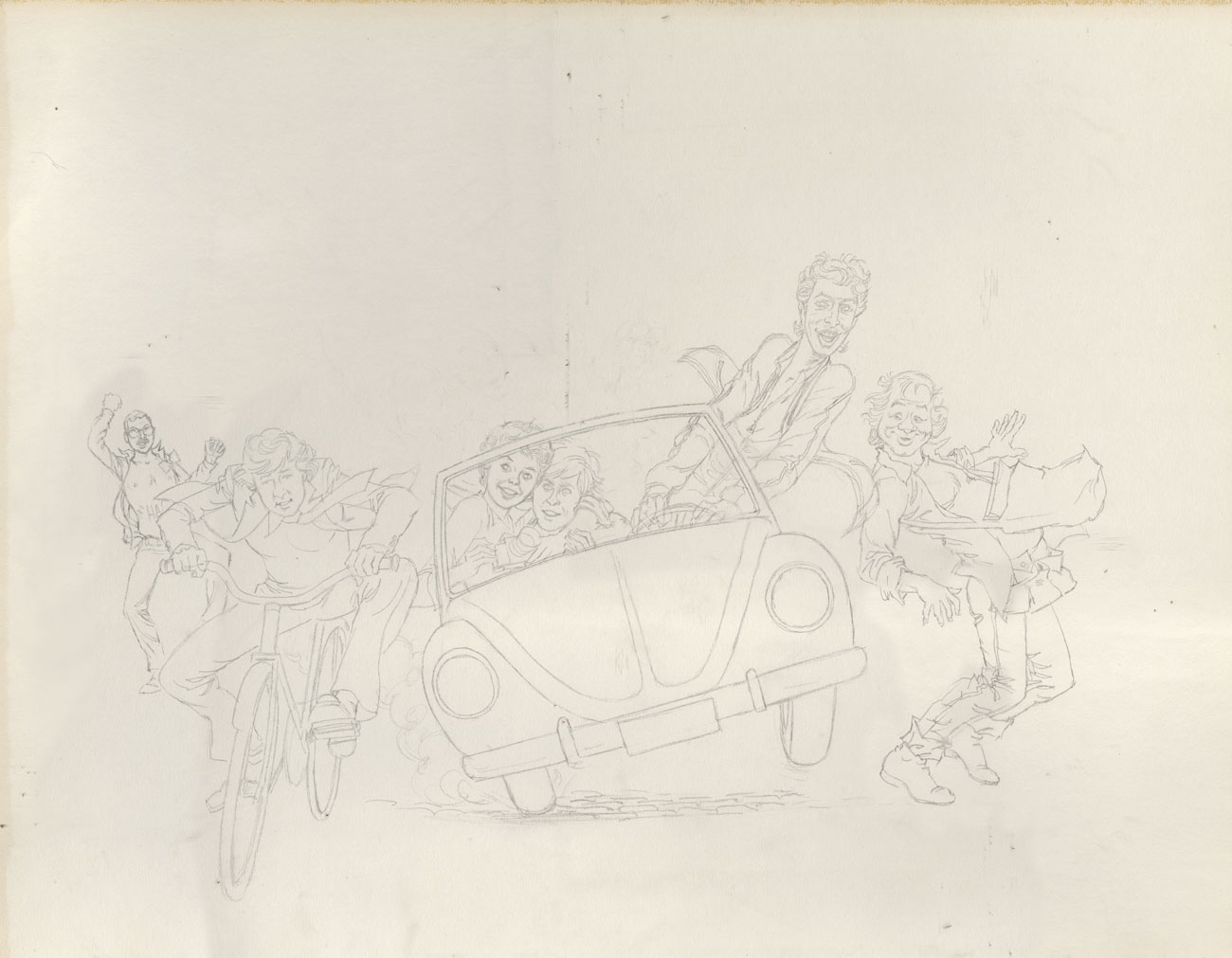 --
Accepting Offers
--
Offers
Offer Confirmation
You are about to submit an offer of . If accepted, you are legally obligated to purchase the book. Are you sure you want to continue?
Buy Confirmation
You are about to buy this item for , and will be legally obligated under the terms of our User Agreement to pay for it in a timely fashion. Continue?
COMMENTS: "Between the Lines" Nick Cardy pencils for movie poster; 1977; 20" x 30"; Featuring Jeff Goldblum, Jill Eikenberry, Michael J. Pollard and more! From the Nick Cardy Estate
Read Description ▼
Sell One Of These Inquire About This

Watch
"Between the Lines" Nick Cardy pencils for movie poster; 1977; 20" x 30"; Featuring Jeff Goldblum, Jill Eikenberry, Michael J. Pollard and more! From the Nick Cardy EstateArt is in good condition, the edges of the board have small tears.

After serving his country in the Second World War, Nick Cardy (1920-2013) got his start at the legendary Eisner/Iger studios, learning his craft from some of the most respected and in-demand talents in the comics business, including Lou Fine and Bob Powell. Upon reaching DC, he quickly made a name for himself on crime and western titles, especially a classic run on the beloved Tomahawk, then helped resuscitate the hero line alongside Infantino, Kubert, Kane, and others in the 1960s. By the early 1970s, he was DC's top cover talent, turning out scores of classic images that helped push DC's books into reader's hands during one of the toughest periods the business had yet seen. His reputation spread beyond the comics industry, and Cardy found himself in demand as a top illustrator for movie posters and promotional materials in the 1960s through 1980s, including some of the iconic imagery used to promote Coppola's Apocalypse Now. He was inducted into the Eisner Hall of Fame in 2005. All proceeds benefit the Nick Cardy Estate.
Artist Information